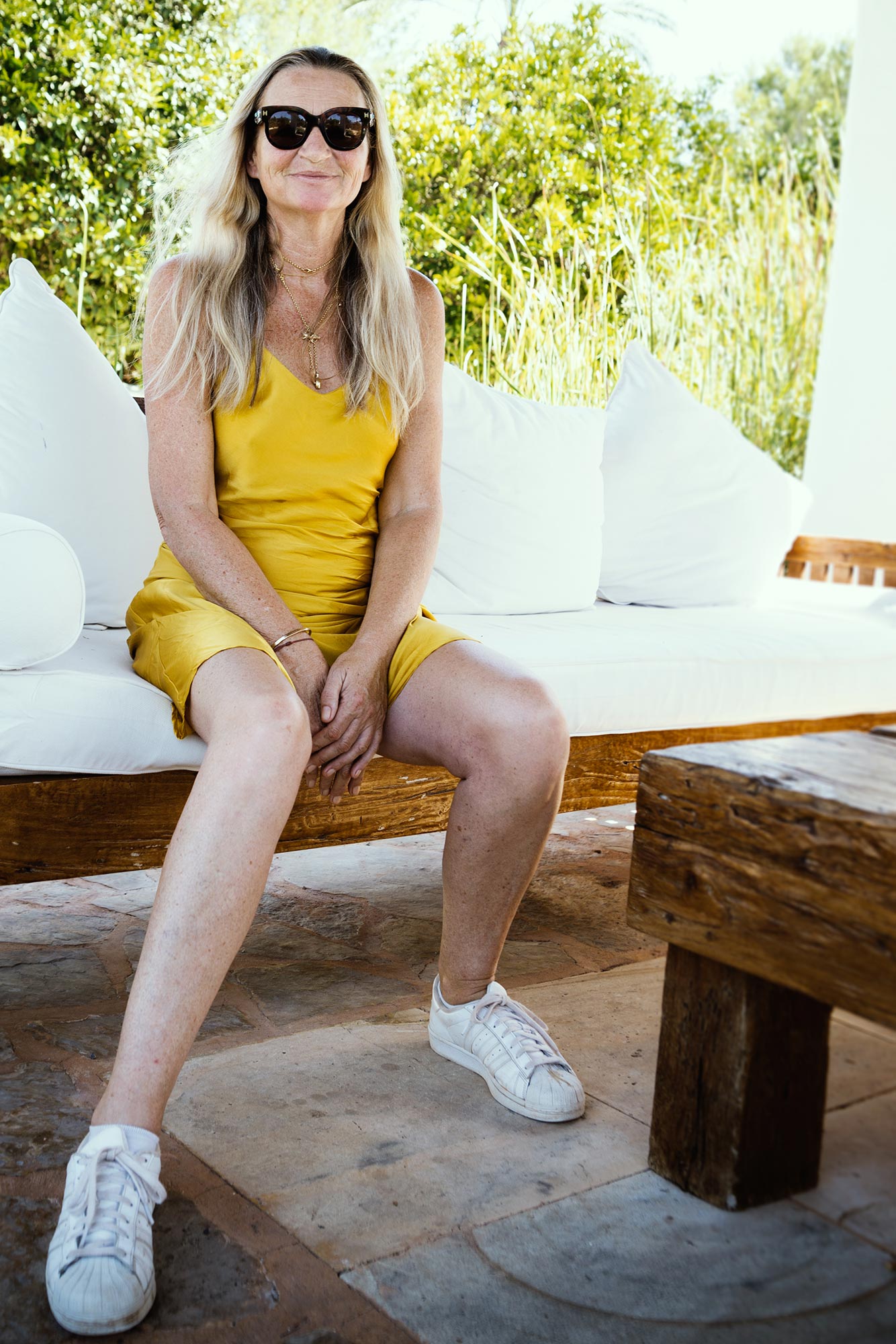 2017 is something of a milestone for Rachel Parsons, as she celebrates her 20th year of living, loving and working on the island. And, she tells me, it’s been an incredible journey, full of highs and lows.

Having never even visited the island before, she was inspired to make the move after a chance conversation with Sean Pertwee in London, who told her about the Morna Valley school, and his own experience of growing up on this carefree, bohemian island.

Searching for a fresh start after the sudden death of her best friend, she came to Ibiza seeking a better life for her two daughters, and the daughter of her friend, whom she adopted after she lost her mother. She recalls arriving, three daughters in tow, in the dark, and waking up the next morning in this blissful house on the top of the mountain, thinking she had found heaven.

Originally from Bristol, growing up listening to the Wild Bunch in the legendary Dug Out from the age of 13 , Rachel found herself immersed in the world of fashion from an early age, working in London alongside some of the industry’s most iconic and inspirational designers such as Vivienne Westwood, Bella Freud and Michael Kopelman of Gimme 5.

Ironically, she thought that when she decamped to this little island, she was leaving the fashion world behind her. She recalls that in her early years on the island, it was something of a struggle to make money, but determined to ensure her children were able to enjoy the carefree campo life and have a good education, she worked tirelessly in various roles.

However, the turning point for her career was meeting Victor Guasch, the owner of Atzaro, which at the time was enjoying its second year of success. He gave her the opportunity of working with the English community on the island to create PR for Atzaro, and from here, a dream partnership was born.

Victor’s passion for culture and art, and his open minded attitude to combining the rustic tradition of the beautiful hotel with cutting edge fashion, art and music is what has allowed her to transform Atzaro into the hub of culture that we all recognise today.

A chance remark from Rachel to Victor that the gardens of Atzaro would be the perfect place to hold a fashion show led to his instant approval, handing Rachel full creative control, and so it became that she was once again drawn back into the heady world of fashion. Her innate talent for bringing together and recognising the talents of both local and international designers has led to Atzaro being true pioneers of fashion in Ibiza, and enjoying 8 years of spectacular fashion shows.

A dedicated Nichrien Diashonin Buddhist, Rachel explains that chanting is an integral part of her life, and has helped her through the most difficult of times, including beating breast cancer with the care of Can Misses hospital, the daily ritual of chanting Nam-myoho-renge-kyo allows her to be the very best person she can be. She chants to release any negative energy before stepping into the world each day, chanting to create value in Atzaro, for the staff’s happiness, taking responsibility for her own life.

So, as she enters her second decade on the island, what does the future hold for Rachel Parsons? She tells me that she is delighted that her three daughters are all flourishing in their lives, her joy at becoming a grandmother this year, and her anticipation and excitement at beginning the next chapter of her life, with great hopes and dreams for both herself and Atzaro. We are sure that Rachel’s future will be nothing but bright as her star continues to shine.