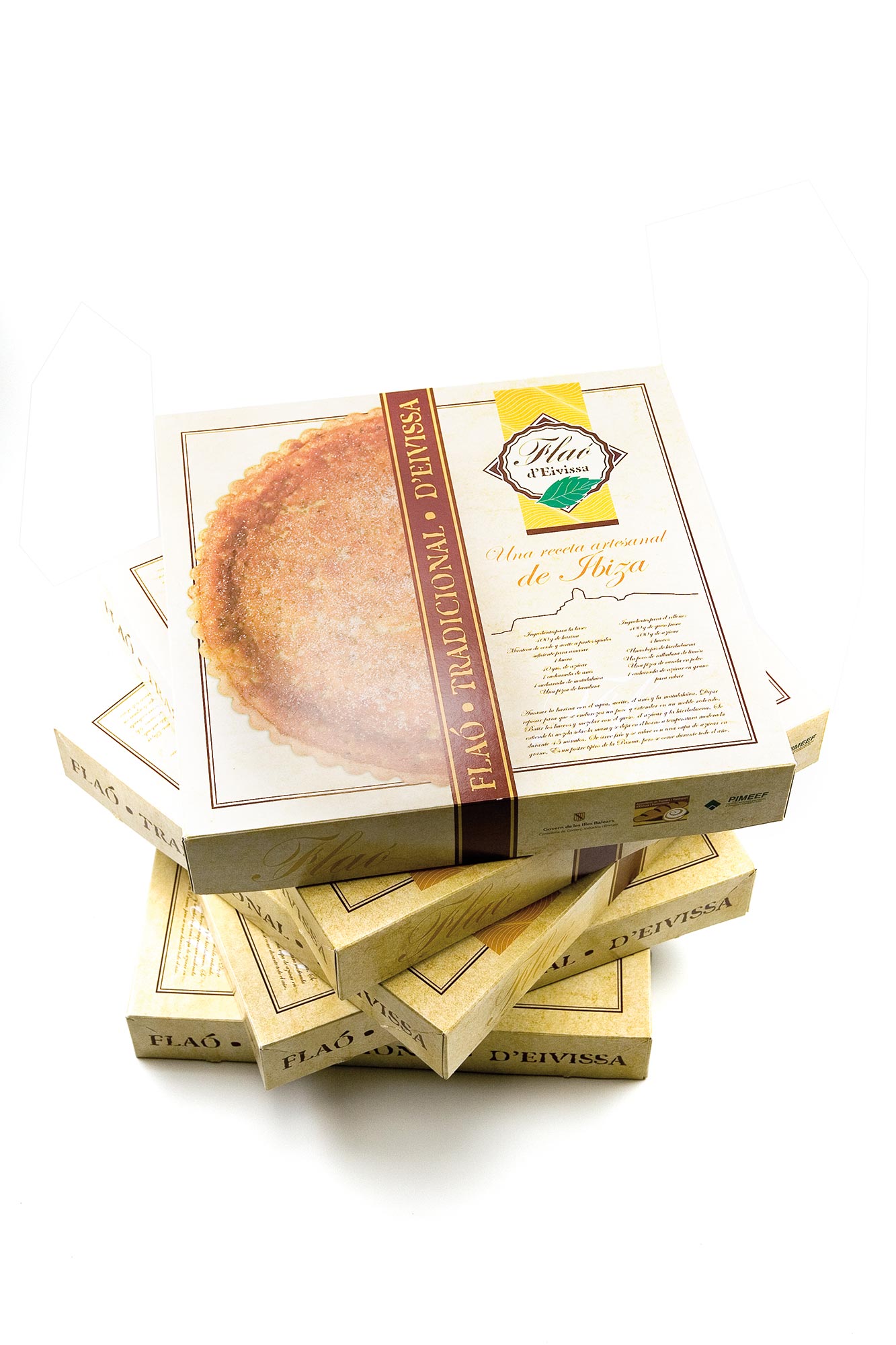 Honour and glory for Flaó 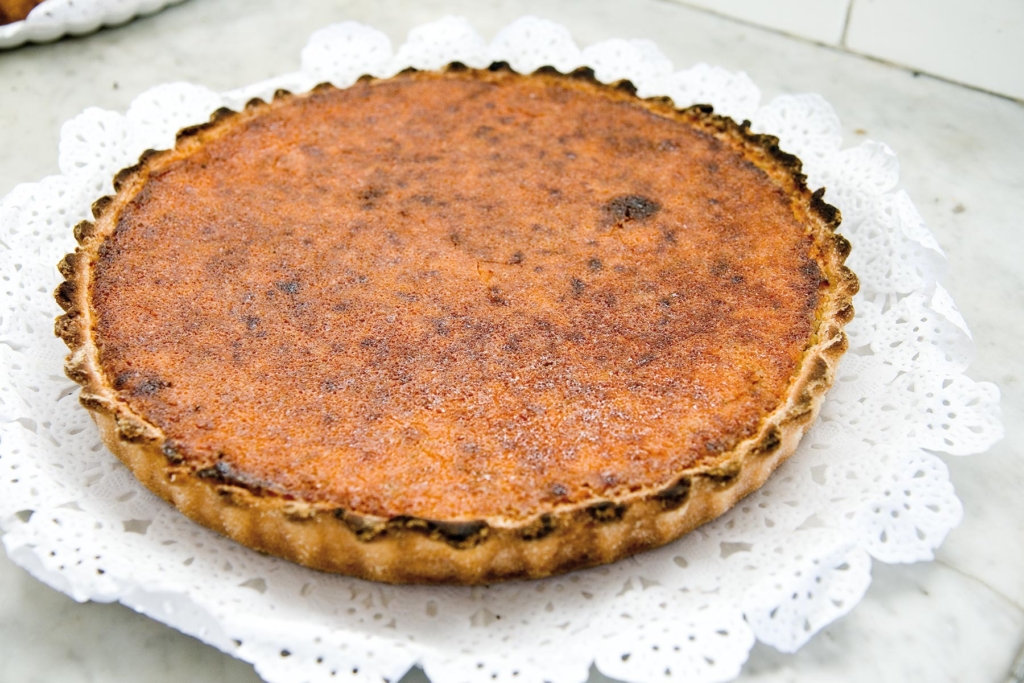 Flaó is too modest. It has no pedigree. It is without doubt the most delicious dessert to be found on the Island, but it has not achieved the same national and international recognition as other kinds of patisserie from the Mediterranean. Such as, for example, the extremely popular ensaimada from our Mallorquin neighbours, which comes in two varieties: plain or filled with pumpkin jam. This has become a celebrated and much loved delicacy amongst tourists.

A number of businesses belonging to the Federation of Small and Medium businesses on Eivissa and Formentera (PIMEEF, for short), would like to have flaó given recognition by the European Union. They have joined together to apply for it to be awarded Indicación Geográfica Protegida (IGP) status, an essential requirement vouching for the quality of the product and thereby accessing grants from Brussels which would help flaó to survive the harsh competitive conditions of the market place. Eleven companies are supporting this campaign: Bonanza, La Canela, Can Vadell, Ebusim, Can Blai, Can Noguera, Can Tomàs, Can Coves, Gatzara, Eivispa and Forn Can Sans. They are trying to get the official designation before the end of 2008. One of the requirements is to show that flaó has been in commercial production for at least one hundred years. So a search is on for a bill or a document of any kind, with a date on it which will support this case. But can you imagine the poor peasant women at the time of Archduke Luis Salvador, who could neither read nor write, making out a bill including VAT, in which they declare their takings?

In the absence of such evidence, researchers and food experts are trying to put together a case showing the economic, cultural and historical connections of flaó with the two islands. Gonzalo González, president of the Union of Bakers and Patissiers is optimistic: “We are going to advertise flaó here at home, in Spain and around the world. A distinctive brand designation would help us in this. We hope to achieve this goal some time during the course of this year.” Technical experts from the Balearic government’s Institute of Agricultural Produce have established the basic ingredients of this delicious dish. And two knowledgeable authors, Joan Castelló Guasch and Juan Francisco Poyatos Oliver are in agreement that the ingredients needed to make flaó are flour, ‘Matafaluga’ aniseed, mint, cheese, oil, sugar and water. If you wish, you can also add a little cinnamon. Yoghurt, cream or other substitutes containing lactose should never be used, as these would adulterate the original recipe. Unfortunately, this rule is not always followed: “Flaó must be treated with respect and its authenticity preserved,” González declares.

This delicious cake from Ibiza has both Arab and Catalan origins and it symbolises the culinary fusion of the two coastal civilisations. “The word ‘flaó’ was the generic term for cake throughout the kingdom of Aragón, from the Pyrenees down to Valencia,” reminisces the owner of La Canela, quoting from the works of Ramon Llull. According to statistics compiled by the Council, 43,340 kilos of flaó are produced every year. This is an estimate only and is almost certainly smaller that the actual quantity made. If you divide this up amongst the districts, Ibiza Town emerges as the clear winner with 43% of the total volume, followed by Santa Eulària with the significantly lower figure of 14% and Sant Antoni with 12%. “I admit that it is not a particularly light foodstuff, but it sells very well, even in the summer months and outside Easter Week when it is traditionally eaten,” confirms Gonzalo González.

We can take comfort from the old adage that every master has his own secret recipe. However, both professional cooks and housewives will happily divulge their secrets to anyone who is prepared to listen. They value the eagerness to learn of the skilled lay person. Every household, indeed every stove, has a secret tip which cannot fail: “Cream cheese is the key. You mix the cream cheese with some pressed dry cheese and a little water, until you have the right consistency,” explains the head of the Pitiusas Bakers’ Cooperative. Local sheep’s and goat’s milk is better than cow’s milk. A custom which is still frequently regarded as essential today.

“I don’t use any hard cheese, I only use cream cheese without any liquid, and add to it eight eggs per kilo. To me it tastes best with a pinch of cinnamon,” reveals Catalina Torres Cardona, who still bakes flaó in a wood-fired oven, such as can still be found in country areas – like a picture straight out of pastoral poetry – but less and less as time goes by. “I don’t know whether it makes the cakes better or not, though I have not had any complaints so far. I make nine or ten, depending on the occasion, and only for relatives, neighbours and friends. Tourists have no idea who I am,” explains this woman with the expert hands at Cas Mestre de Benimussa.

“There is no secret formula,” is the reassuring view of Maria Serra Ferrer from Can Racó des Fornet in Santa Gertrudis. The spokesperson at Congelados María on the Calle Pere Francès de Vila knows how to get the quality she wants: “A teaspoon of aniseed and half a cinnamon stick, but not so that it overpowers the taste of the cheese, which is the essential part. I mix fresh quark, which should be three or four days old, with a little Manchego cheese. This firms it up so that it is not too soft. And later on, I add one glass of oil for every twenty kilos of mixture, and not too many eggs or too much sugar. It’s that simple.” After about thirty minutes of preparation time and sixty minutes in the oven, it is ready to be eaten.

Maria Prats at Can Toniet delivers flaó, orelletes and bunyols to Can Tomàs near Ses Païsses in Sant Antoni. She is unquestionably one of the largest Ibicenco producers, word of whose skill has been passed around by word of mouth. But we are talking comparatively small quantities. Production on a commercial scale, on the other hand, is more likely to be found in shops in the large urban centres. At this point we should mention that Can Bufí, a bakery in Santa Gertrudis, has gained well deserved fame, as has Gatzara in Sant Carles. These show what this country is capable of. Es Tap Nou, in the centre of Vila, sells superb products made in Sant Miquel, and it is always worth visiting Can Font in the Marina, next to Mercat Vell. You will not find everything here, but what there is, is worth finding.