Yet, says Toni, the spiny lobsters are not dying out.

Writer: Jürgen Bushe | Photographer: Jürgen Bushe
Rumbo a la langosta
Early in the morning, I met with Toni in Portinatx’s natural harbour. He was already waiting for me outside his caseta varadero fishing hut with a Zodiac loaded up for our short trip to his 28-year-old Mallorcan llaüt, AVE II. It is obvious, even at first glance, that this is a working boat, and not the molly-coddled llaüt of a leisure boater or amateur fisherman. At the bow is a motorised winch for hauling fishing nets up out of the depths of the ocean. The deck, most of which is covered over by a wide canopy, is littered with fishing nets, ropes and buoys, and a small skipper’s console is positioned near the stern, equipped with all of the most important instruments such as GPS, an echo sounder, a radio and an emergency transmitter. 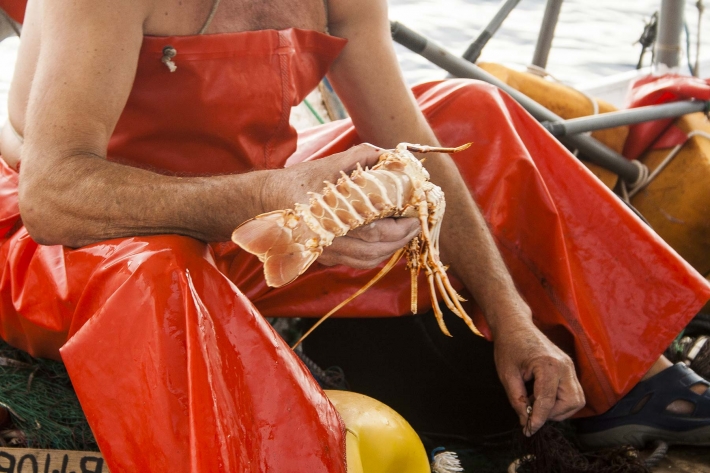 Once the mooring is unfastened, we slowly set off, chugging along between the other boats in the bay on our way towards the open sea. We are heading north. There on the rocky seafloor, at a depth of around 70 to 80 metres, are the spiny lobster fishing grounds. Once we are out of the bay, Toni sets the rudder to autopilot, keying in the GPS coordinates of the net he cast a week before. Ordinarily, nets are recovered within three days, but bad weather and engine damage forced Toni to delay his trip, meaning that he is returning days late to collect his net. Not too optimistic about its condition after such a long period of time, the fisherman is heading straight for his net’s last-known location.

During the one-and-a-half-hour journey, Toni cleans the nets laid out across the deck ready for his next catch, accompanied only by the monotonous drone of the llaüt’s engine. Finally, we spot a flag on the horizon marking a buoy attached to the end of the net. After searching far and wide, the other buoy, which should have been just 500 to 700 metres away, is nowhere to be seen. It probably tore loose in the storm.

Meanwhile, Toni has pulled on his water-resistant, orange fishing overalls and pulls the buoy marked ‘AVE II’ onto the deck. He quickly pulls in a few metres of the rope attached to the buoy and expertly places it over the winch. Slowly, the winch pulls the net back up onto the deck, metre by metre. After a good 100 metres, the first spiny lobster catch can be seen. Stopping the motor, Toni rushes to the bow to remove it from the net, but all he finds is the shell of a large, old lobster. It had been left in the net for too long and was eaten by some predatory fish or other. A short time later, he spots another considerably smaller – but very much alive – spiny lobster in the net. This process is repeated several times.

Unfortunately, there are more empty carcasses than living spiny lobsters – a catastrophic day for the commercial fisherman. Indeed, even in the best case scenario, Toni will receive just €60 per kilo, and so his fuel for the day will have cost him more than he is able to earn with today’s catch. Furthermore, fishermen in Ibiza have to become registered members of either the Ibiza Town or San Antonio cofradias (fishing fraternities). Membership, of course, is subject to the payment of monthly subscription fees. Toni is a socio of the Ibiza Town cofradia, and has to pay around €250 per month for the privilege. He, like many of his fellow members, is angry about these high fees – especially as the head of the fraternity will not tell them how their money is being spent.

Today in Portinatx, there are only five spiny lobster fishermen left. It is back-breaking work and does not pay much. Indeed, the cost of diesel has doubled over the last two years, whilst spiny lobster prices have remained unchanged. The young people of Portinatx are no longer interested in following in the footsteps of their parents and taking up such a laborious occupation. Fishermen’s working conditions are little better than those of slaves, starting very early in the morning or very late at night, and the young men here want convenience, independence and a secure wage. When Toni retires in fifteen years, he will do so as one of the last fishermen in the area. Yet, says Toni, the spiny lobsters are not dying out. Indeed, their numbers multiply every year and the population is booming. In addition, it is forbidden to catch them out of season from the 1st September to the 30th April. During this period, the fishermen have to live off of their summer takings. 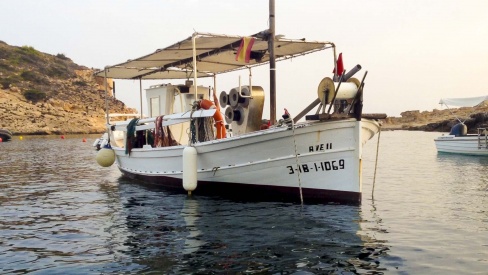 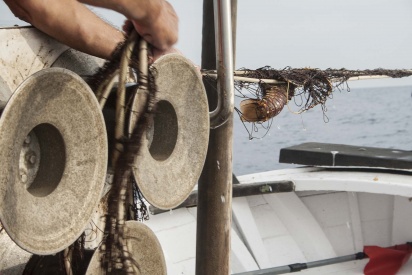 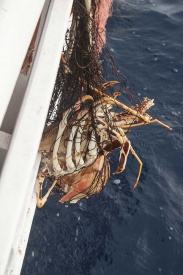