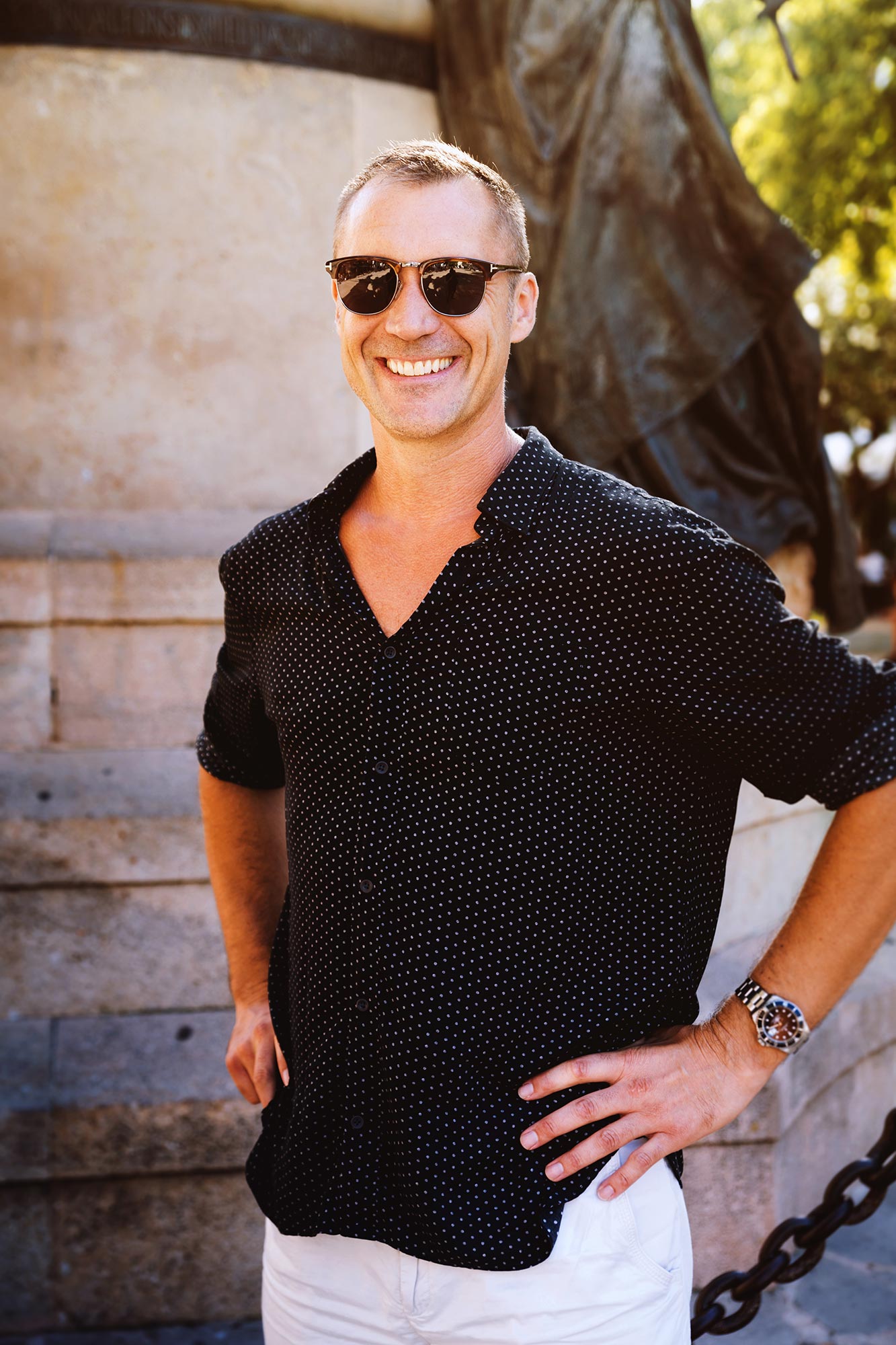 Simeon Friend – His thoughts on Ibiza past and present

Having first come here on a lad’s holiday in 1989, it was work that brought him back to the island at the end of the 90s. At that time, he was travelling the world putting on music events featuring artists like Underground and Prodigy for different international brands including Kahlua and Ballantine’s. Meanwhile, when he was back home in south London, with its fractious soul scene, he used to deejay. The effect of fin-de-siècle Ibiza’s heady vibes was instant and life-changing: “I remember going to Amnesia and seeing everybody hugging each other and crying, with Hill Street Blues playing at the end of the night. And I thought, I don‘t know what‘s going on here but I need to find out.”

Once the bug had bitten him, it was a question of applying his experience as an events organiser to making a living on the island. He realised very quickly that there were no global events in Ibiza. With the exception of MTV.The very year he was scouting around for work as a promoter its licence was revoked, sending out a very bad signal to all the international companies wanting to stage an event here. So it was no surprise then that it took quite a few years and a lot of convincing before he got his first decent client, Red Bull, to venture back onto the white island. After that, its doors slowly opened.

17 years later, going to work on the Tube is history. Simeon admits his good fortune in that his job enables him to work with the same clients and the same crazy parties anywhere on the planet.  Nonetheless, it is a long season and he isn’t able to truly relax until November, which is after the company holds its last event, Halloween. Focusing on his children, who go to school here, and short snowboarding trips, city breaks and stints in Asia fill out his downtime over the winter. In his mind, there is no doubt that Ibiza is now his home. There’s just too much that’s right about the island’s lifestyle for him to imagine returning to the big city any time soon. Despite the difficulties, life in Ibiza in 2017 is better in many ways: more professional, more business-like, with many more nice restaurants and better utilities. As Simeon well recalls, “When we first got internet, Telefonica put something like a traffic light on the wall, with three lights, and when it went amber, you had to get ready and you could use it. It was mental!”

So how does a veteran clubber manage to juggle family life and hectic work engagements amid all the insanity of the high season in Ibiza? “I‘m not sure I‘ve ever escaped the madness of the summer to be honest. I love hectic; I live on adrenaline. So actually, the lifestyle suits me perfectly.”

Describe YOUR Ibiza in five words only. 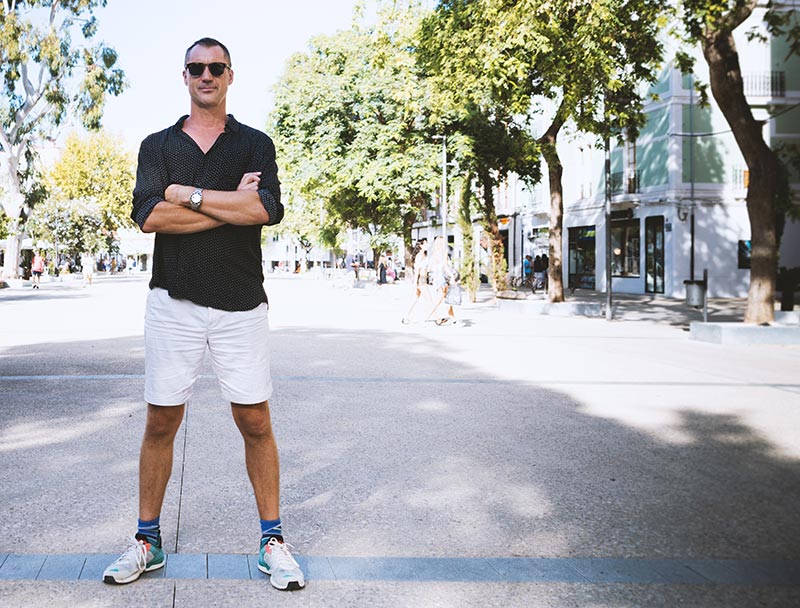