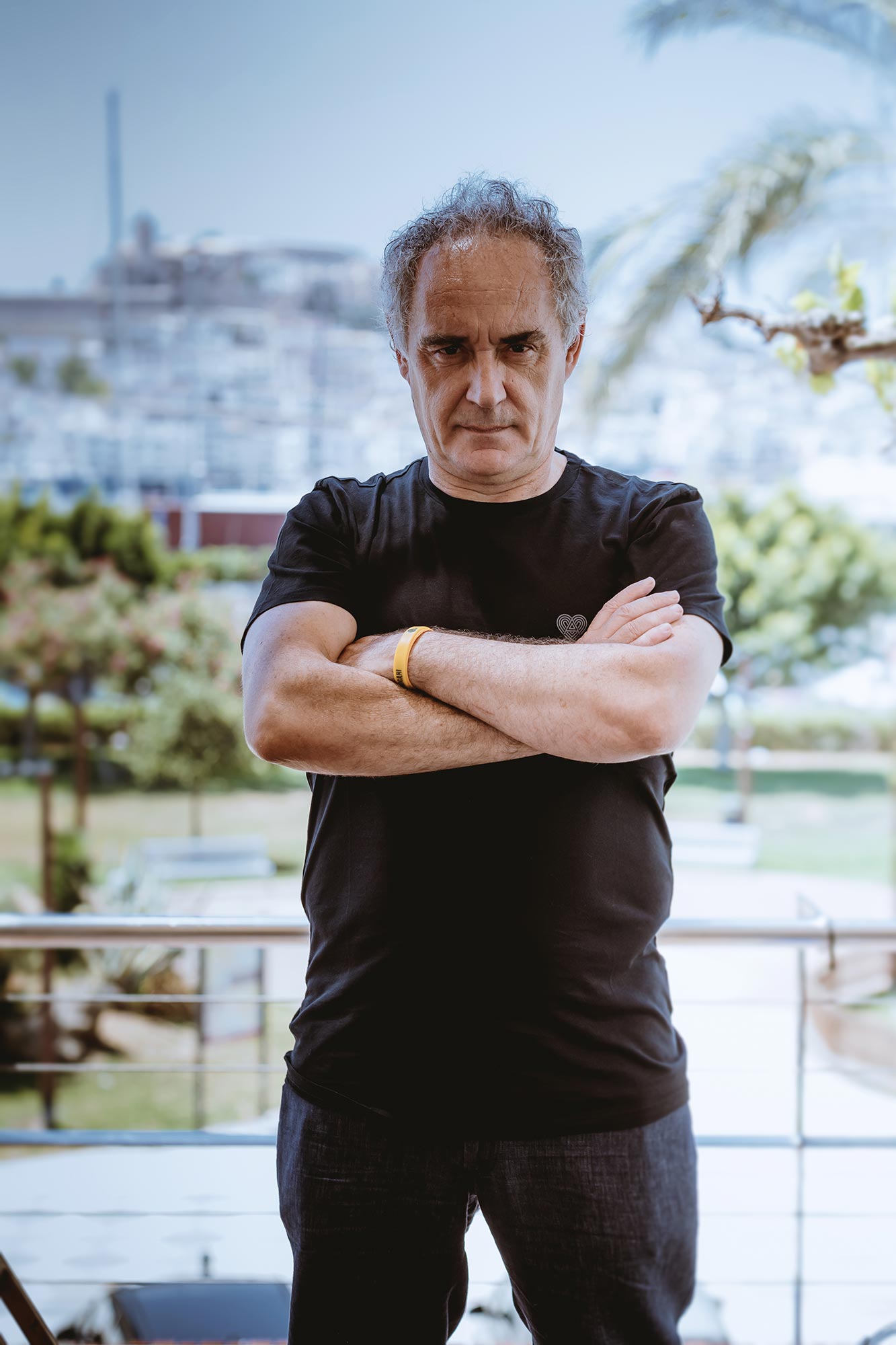 They say that, in its first year, Heart “came a cropper”.  How did the second go, and how is the third looking?
I don’t see it like that. Otherwise, we would not have reopened. The truth is that we opened late on in the summer season and we did not have time to react in order to change the things that didn’t convince us. With everything we learned in the first year, last year we redirected it with a completely different overall experience. The results were incredible and the feedback we got from our clients (and those who came back again) was very positive.

This year, in 2017, we have worked all winter to design the 2.0 version of last year’s experience. We are confident in saying that we already have the definitive concept and people’s response is euphoric.

Now it’s about putting the finishing touches, continuing to improve and enjoying the journey.

What are the main changes you have introduced this season?
Mainly consolidating last year’s model where the customers are on the terrace drinking and eating for between 40 minutes and one hour 15 minutes, then almost all of them go down to see the show at the same time. We have also improved the sweet moment and the way that it is taking the step to becoming a club is spectacular. What is more, we have also focused on more and better parties and the response is also proving us right with respect to last year.

What has to be done so that the show “pairs” with a meal and isn’t just a distraction?
In the end, it’s about each one having its own place. This year, we are making a number of musical pauses so that people can focus on eating. There is no doubt that, in gastronomic terms, it is not the best setting, but in Heart everything adds up. The food has also improved substantially since last year because we have learned how to adapt ourselves 100% to what the public likes and feels like eating in this kind of atmosphere.

Don’t you think that there are too many restaurants where they are already mixing the food with too many things? DJs for each dish, 3D spectacles etc. Can’t people eat in peace anymore?
In the end, it comes down to supply and demand. I can assure you that creating something like Heart Ibiza is not at all easy, which is why it is difficult to find anything similar in the world. There are, undoubtedly, better shows of course as well as better restaurants but few examples that combine the two things at this level.

Are you having difficulty in signing talent for the island because of the problem of the lack of accommodation?
Without a doubt, it is a common problem and one that I believe the local government is sensitive about. I hope that a solution can be found; Ibiza cannot turn into an island of extremes.

It is said that you have learnt a great deal from Guy Laliberté. I would like to know what the founder of Cirque du Soleil has contributed to you creatively and personally.
I don’t think that it is difficult to understand that working alongside his team with José Corraliza, Director General, at its head is a veritable luxury that is within the grasp of few people. Guy is excited about the way that we have known how to develop the project and this year he will be in Ibiza and in Heart Ibiza more than ever.

One thing I’m curious about: the chefs make ozone and spherifications, but then, when they are at home, surely they eat like normal people, right? You eat a fried egg and that’s it? Do you yourselves cook what you eat, or do you consider eating to be downtime and get someone else to do it?
Ha, ha. It is one thing to eat, which is what we all do, and quite another to eat with the intention of satisfying something other than the stomach. Personally, on the few days I have off I let others cook for me; that is to say, I go to restaurants. In addition, it never stops being a learning experience for us.

Where can you eat well and why here in Ibiza?
You can eat much better on the island than people say and, what is more, the range just gets better and better. Competition is good so that the range develops. The chiringuito sector at midday is more than covered and now dozens of good restaurants are adding to the nighttime choice.

Do you think that there is a “bubble” of chefs? Will it burst?
There is no doubt that it is difficult to believe the change that has occurred in the way that this profession is regarded in the 30 years that I have been working. We have still to see whether this interest is just short lived or not.

How to digest the fact that the cooking boom in Spain arrived with the financial crisis? Coincidence?
The movement was born before the crisis; I suppose that it is a coincidence. Eating in a restaurant in Spain costs half what it does to eat in one with the same characteristics in the North of Europe.

I imagine that it is the first thing you ask yourself every morning and me too. What will cuisine look like in five or 10 years time?
I never ask myself that; I do as life does. I live for today’s cooking without concerning myself with the future because I cannot do anything about it. Nonetheless, it is one of the questions that I am most often asked.

People pay a fortune for masters’ degrees to learn theory but now it appears that not charging for learning in a kitchen is looked down upon. What you think about this controversy?
It has been taken out of context on account of several statements that were not really qualified in the right way. I’m certain that, if we look at any professions, we will find parallels. The issue about the hours also has to be understood in a professional context of the maximum requirements; in itself, cooking demands many hours of work and we are talking about the very highest level.

What could you cook for me in the time this interview has taken?
In 30 minutes… I would try to cook something good without worrying about the style.