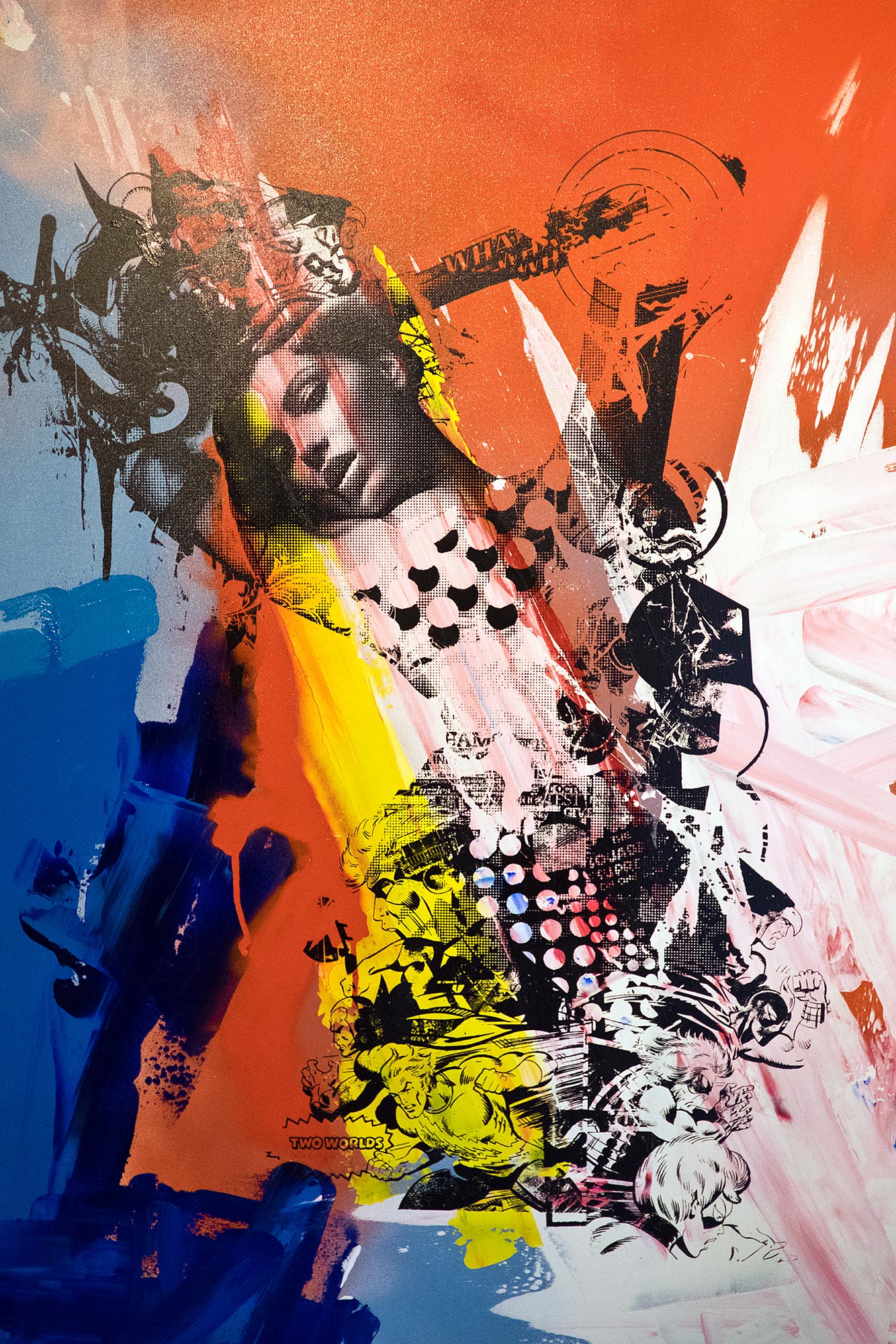 Yet again in summer, the agro-tourism hotel, Atzaró, became a focal point for the most innovative art. The 8th edition of Urban In Ibiza, the big event of urban culture on the island, enabled us to have a glimpse of works by artists such as Inkie, Ben Allen, Miss Van, Kenor, Okuda, Nick Walker, Mau Mau and Ben Eine over two weeks.

Under the banner of Norte & South this year’s edition exhibited two visions face-to-face; that of the Montana Colours Gallery in Barcelona, a more ‘veteran’ “south” with artists from Spain, Mexico, Argentina, France and Italy; and that of the Westbank Gallery in London, which featured almost exclusively British artists and some works by Dutch, German and French artists, including the dual sculpture by Schoony that was the event’s emblem.

The inaugural act brought together a varied, cosmopolitan public who were able to enjoy the very latest street art with the lush gardens of Atzaró as the backdrop, and Inkie himself doing his artwork live. The soundtrack comprised the exquisite deep house and the captivating voice of Evika Blue & The Sound Thieves, before Melon Bomb’s well-known Scott Gray took over with his lively funky house rhythms while the sun was going down over the hills. One of the most memorable moments was a hugely enjoyable interactive live art performance at the hands of the children present who, using water pistols, made Marilyn Munro (in a bathing suit created by Lucas Milá) appear on a white canvas.

All in all, it was an inspiring event that turned one of the most charming locations on the island into the epicentre of creativity and the artistic avant-garde.