To listen to opera in Ibiza is quite a rare delight, to witness fabulous production in a hall that is not quite tailor-made for this genre of art is a double streak of good luck.

Writer: Lena Kochetkova | Photographer: Toni Bofill
Carmen
Zo the joy of the island’s theatergoing community, stars aligned at the VIII Opera Festival of Ibiza that took place on September 8, 10, 12 and 14 at the new Social and Cultural Centre that had just opened its doors in Jesus. The building boasts of a very modern layout and design and includes an exhibitions hall, a concert hall, a media library and several multipurpose rooms. Its concert hall is noticeably smaller than that of the Congress Palace in Santa Eulalia and accommodates just over 300 guests, but it definitely has a very unique atmosphere around it and is perfectly suited for both classical and cutting-edge performances.

The first piece to grace the stage of the Centre was ‘Carmen’ – probably the most Spanish opera ever, even though its author, Georges Bizet, never left Paris in his life and composed the masterpiece relying exclusively on his inspiration and cultural background. Premiered in the French capital in 1875, ‘Carmen’ is still a very modern piece of art that tackles the problem of female self-realization confronted by a man’s intention of treating the woman he fell in love with as his property.

Producer Armin Heinemann made the best out of the room the acoustics of which might be not perfect for opera: a creative approach to production and the incredible cast facilitated the task of turning the evening into an impeccably outstanding occasion. Not only did Carol Garcia (Carmen), Carlos Silva (Don Jose), Irantzu Bartolome (Micaela), Carlos Daza (Escamillo), Marc Pujol (Zuniga), Elisa Velez (Frasquilla) and Isabel Albaladejo (Mercedes) cast a spell over the public with their marvellous vocals – the compact size of the room let the actors keep permanent eye contact with every spectator all throughout the performance. The chemistry from the stage electrified every inch of the room, which was, by the way, so full they had to bring additional rows of chairs. Conductor Daniel Gil de Tejada stupendously led the orchestra that consisted to a large extent of local musicians. 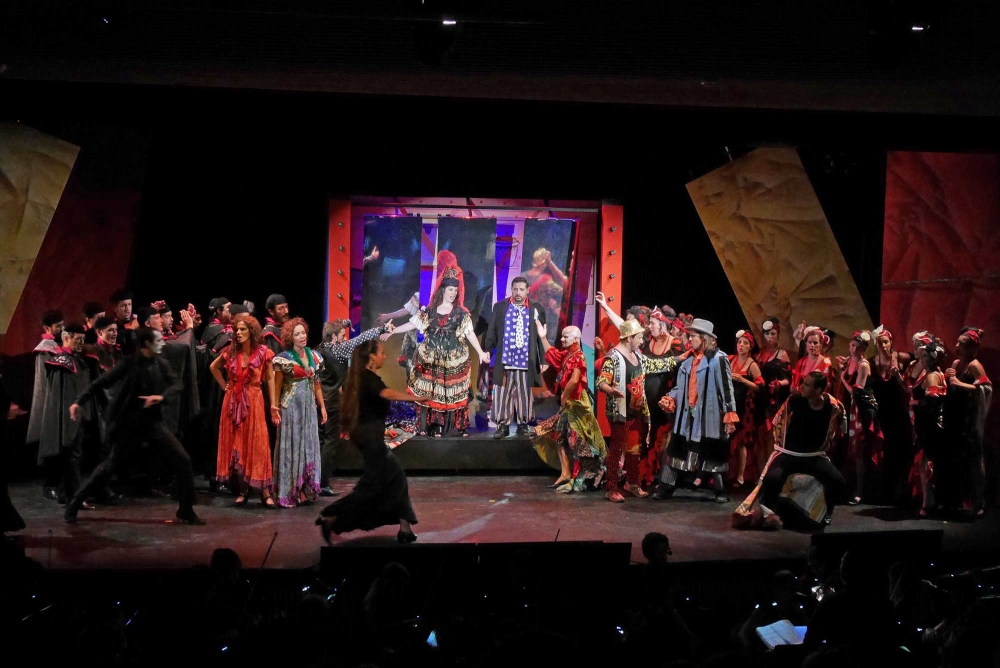 The main piece of props was a movable box that would transform into a bedroom, or a house façade, or a place of a symbolic murder scene. The “Amar mata / Love kills” warning on it was a subtle pun, given that the story started at a tobacco factory with female workers. To establish a more intimate connection with the audience, a slight improvisation was introduced into the plot – Don Jose was said to be born in Ibiza, and vintage black-and-white pictures of the island were projected on screens, depicting toreros, payesas, and folklore scenes from everyday life.

Long after will the music pieces from one of the most recognizable operas ever ring in the minds of the visitors of that superb evening (the infamous ‘Habanera’ and ‘Toreador’ amongst them). May all the forthcoming events at the new cultural centre be as well-executed, fascinating and simply brilliant as ‘Carmen’! 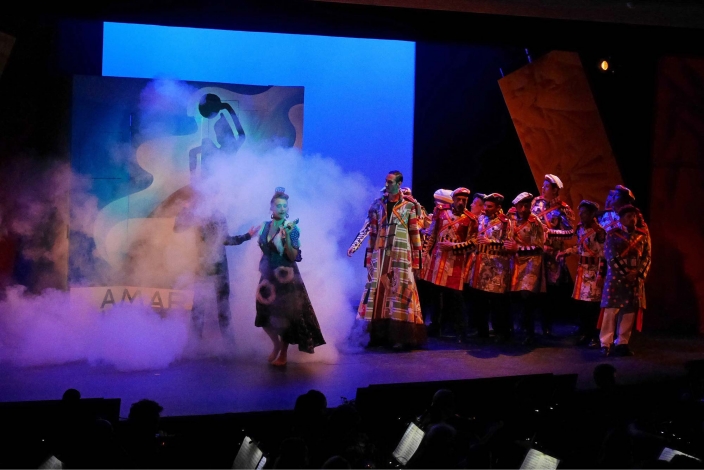 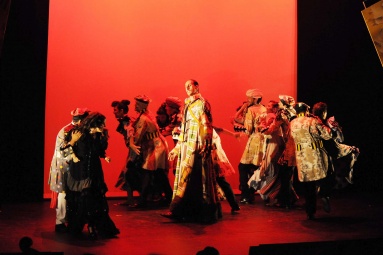 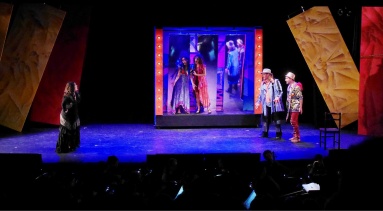