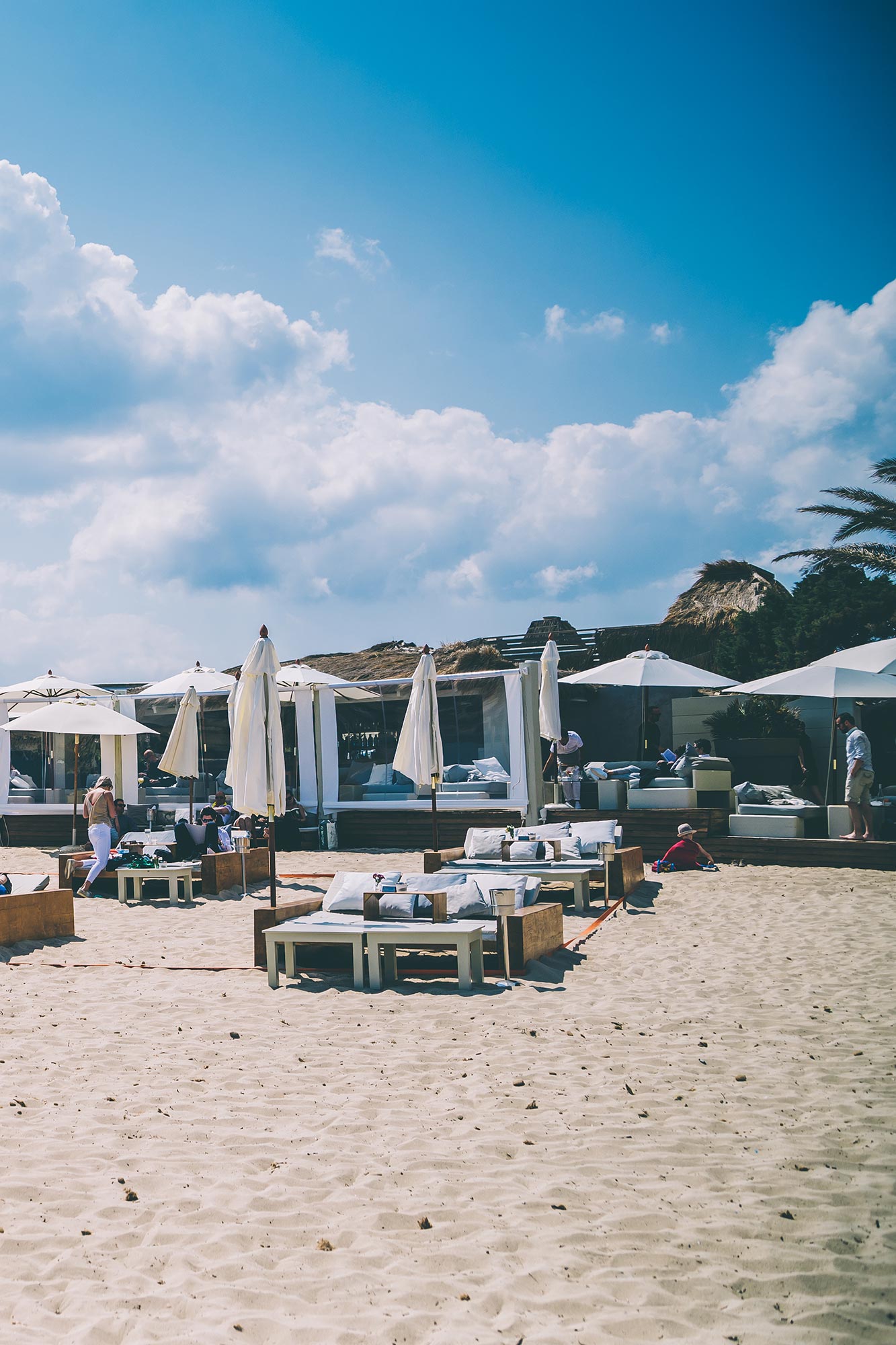 When, at the beginning of this year, Jonathan Thorogood went into the spa of the Gran Hotel, he had no idea that this would completely change his life. There, he happened to meet an acquaintance whose deal on the sale of a beach restaurant had just fallen through. When Jonathan enquired which restaurant it was, the acquaintance replied, “El Chiringuito in Es Cavallet”. And Jonathan, who had always dreamed of owning a beach restaurant, found himself saying, “Oh, I would be interested in that.” He rang his wife Olivia and asked her which beach restaurant she would like to own if she had the choice. Quite spontaneously she replied, “El Chiringuito. Why do you ask?” “I’m on my way home and I’ll explain everything when I get there,” he said. Then everything happened in quick succession.

They negotiated a price, and five weeks later, contracts were signed. They had the restaurant sympathetically refurbished, as they both felt that the Chiringuito, which had been going for 30 years, had acquired cultural heritage status and should not lose its integrity. Staff were appointed, including the new chef, Martin Ponzo who had trained with Bocuse and whose last job was working in the Arts Hotel in Barcelona. In record time he motivated and trained his new kitchen crew in his own style. This is, according to the header on the menu, Mediterranean with Spanish, Italian and French influences. The menu was reworked, modernised, shortened and adapted to suit the requirements of the guests. Visitors to the beach want summery, light, uncomplicated food.

So, in addition to a wide range of salads and carpaccio of Wagyu beef, there are plenty of meat dishes. We particularly enjoyed the mixed leaf salad with a confit of bacalao on a carpaccio of Ibicencan potatoes with a honey, lemon and rosemary sauce. We were pleasantly surprised that it was served with home-made bread straight from the oven. The pan-fried monkfish on grilled vegetables with a soy sauce reduction was also excellent. Sometime you must try the fish and chips at El Chiringuito – a particular favourite with children. The chips are made from Ibicenco potatoes of course, and are just as homemade as the remoulade which accompanies them. Here, the kitchen provides all the proof you need that even the most grisly English fast food with a terrible reputation can be prepared in such a way to make it attractive to gourmets. For here, only fresh top-quality ingredients are used, many of them organically grown. “The best cook is only as good as the ingredients he uses,” says Jonathan. Another of Chiringuito’s classic dishes has also been revamped – Arroz con Bogavante. And many say it tastes even better than before. All in all, the new style has been extremely well received by guests. In contrast to many restaurants that have been hit by people tightening their belts, El Chiringuito has no shortage of guests. It has become a family-friendly, cosmopolitan hotspot, where celebrities such as Sienna Miller, J P Gaultier, the D2squared twins Dan and Dean, and Patsy Kensit, Liam Gallagher’s ex, feel just as comfortable as the other guests and former Dutch football stars such as Ronald de Boer and Philippe Cocu can also enjoy a degree of anonymity.

Another Dutchman, by contrast, is much more likely to attract attention. Kitted out in a long white rubber apron with a bucket, bottles and spices attached to his belt, he goes from table to table. He is Robbert, also known as Don Ostra. He sells fresh oysters which he opens in front of the guests, as many as they require, and seasons them to taste. I have to admit that I have rarely eaten such plump tasty oysters in Ibiza as these, which arrive fresh every day from northern Brittany.

The wine list is as cosmopolitan as the guests. It contains both simple and very fine wines from many regions of Spain as well as from Argentina, New Zealand, Austria, Germany, Italy and various regions in France.

Incidentally, food and drink can be served on the beach if required or in the lounge with the sea view at the back of the restaurant. Here, there is also a juice bar and the most delicious breakfast is served from 10am – a well kept secret up to now. The choice ranges from homemade muesli and natural yoghurt, to a wide selection of fruit and bacon and eggs.

It plays host to many events such as the recent launch of the book ‘Outstanding 100 Ibiza’ and the beach party of the upmarket London Boujis club where Princes William and Harry like to party. Weddings can also be held here, as El Chiringuito can apply for an official licence for ceremonies on the beach.

In conclusion, we can confirm that the change in ownership of this ‘snack bar’ – a literal translation of chiringuito – has been highly successful. Or as the French put it, ‘Le roi est mort, vive le roi’ – ‘the King is dead, long live the King.’ Here, the credit must go to the pleasant, young, dedicated owners – Jonathan and Olivia. They are also particularly grateful to their wonderful crew, as they are fully aware that without them nothing would work. When you next go in to Chiringuito, you will certainly be greeted with a friendly smile from the attractive multilingual receptionist – Anna van der Laan.