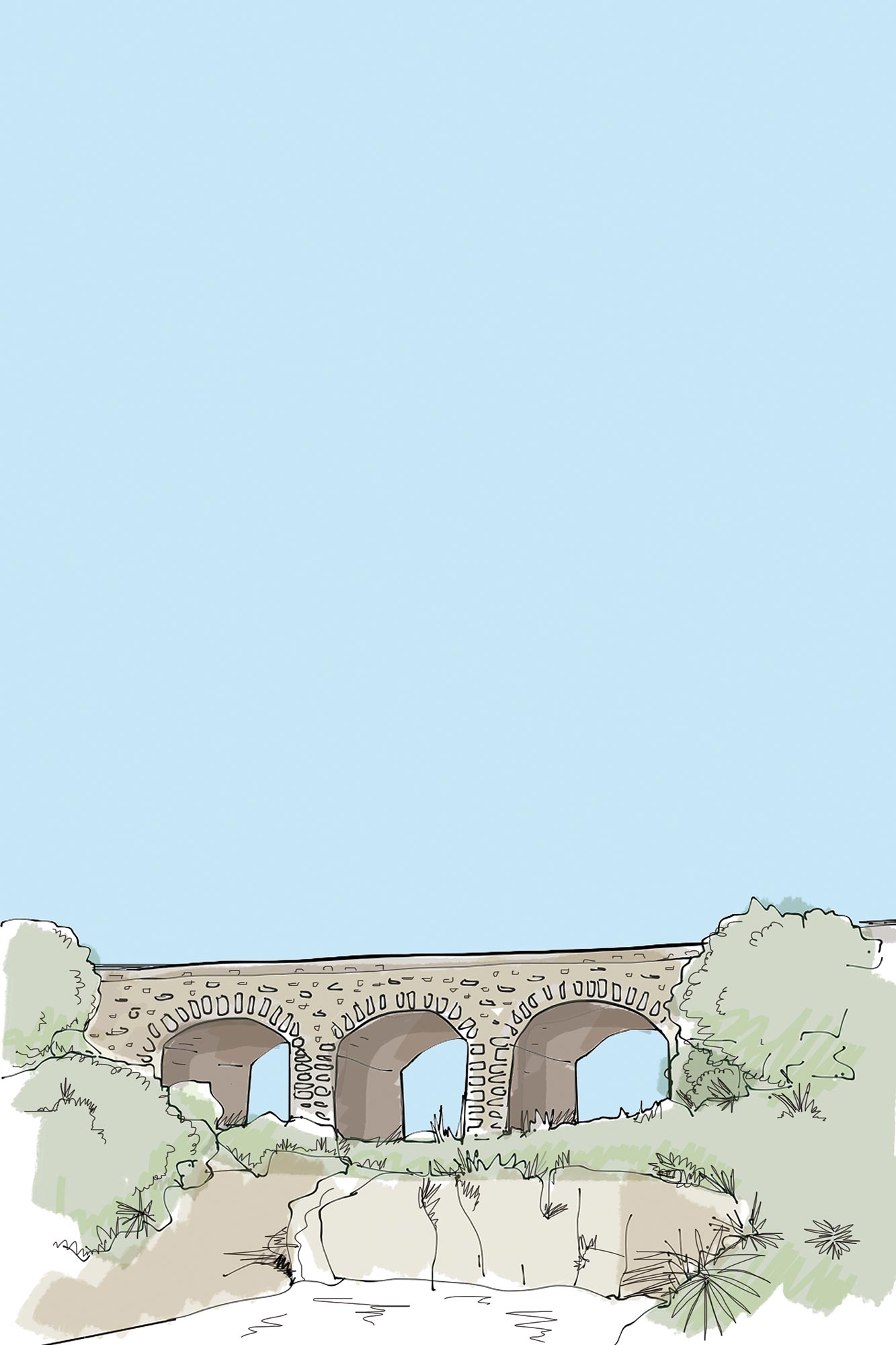 Ibiza water – Ibiza has a river

Now the reason most people don’t realize it is a river is because it is nearly always dry. Starting north on a rocky hill in San Mateo, it runs 17 kilometers crossing San Miguel and Santa Gertrudis until it ends in the east in Santa Eulalia, thus the name “Santa Eulalia del Rio” where the Romans built a fabulous bridge that you drive over to reach the town.

This river once maintained a constant water flow that petered out in the late twentieth century, and now with increased exploitation and changes in the environment due to the tourist boom, has now dried up and only flows like it did years ago when we get torrential rains that only come during winter months or in April as the Spanish saying goes “en abril, lluvias mil” which translates as “in April a thousand rains”.

So what has happened? Why did the river dry up?

The harsh reality is that ibiza’s water table has dropped drastically in the last 20 years due to the disproportionate use of water and the filling of thousands of pools in private villas, watering gardens and the consumption of residents and tourists. Ibiza also has more roads and more buildings, a lot of which are built over lands which once had streams leading to the main river itself.

The water company on the island “Aqualia” says the island uses over 55 million liters of water in August.

How can we all help? Obviously use less water!! Don’t leave taps running, flush the toilet less times and have short showers in the summer.

Myself as a resident and lover of these islands in the med, am torn as I often think of the water table below as I water my thirsty plants in the summer and as a result I have become more prone to planting plants that survive on little water such as succulents and cactuses.

I am lucky that my landlord has a well and the water is drinkable, but I hear him muttering under his breath every time he checks the levels, believe me, Ibizenco swear words are pretty harsh when coming from the heart and I fear that one day he will announce sadly that the subterranean stream deep under the house has finally dried up.