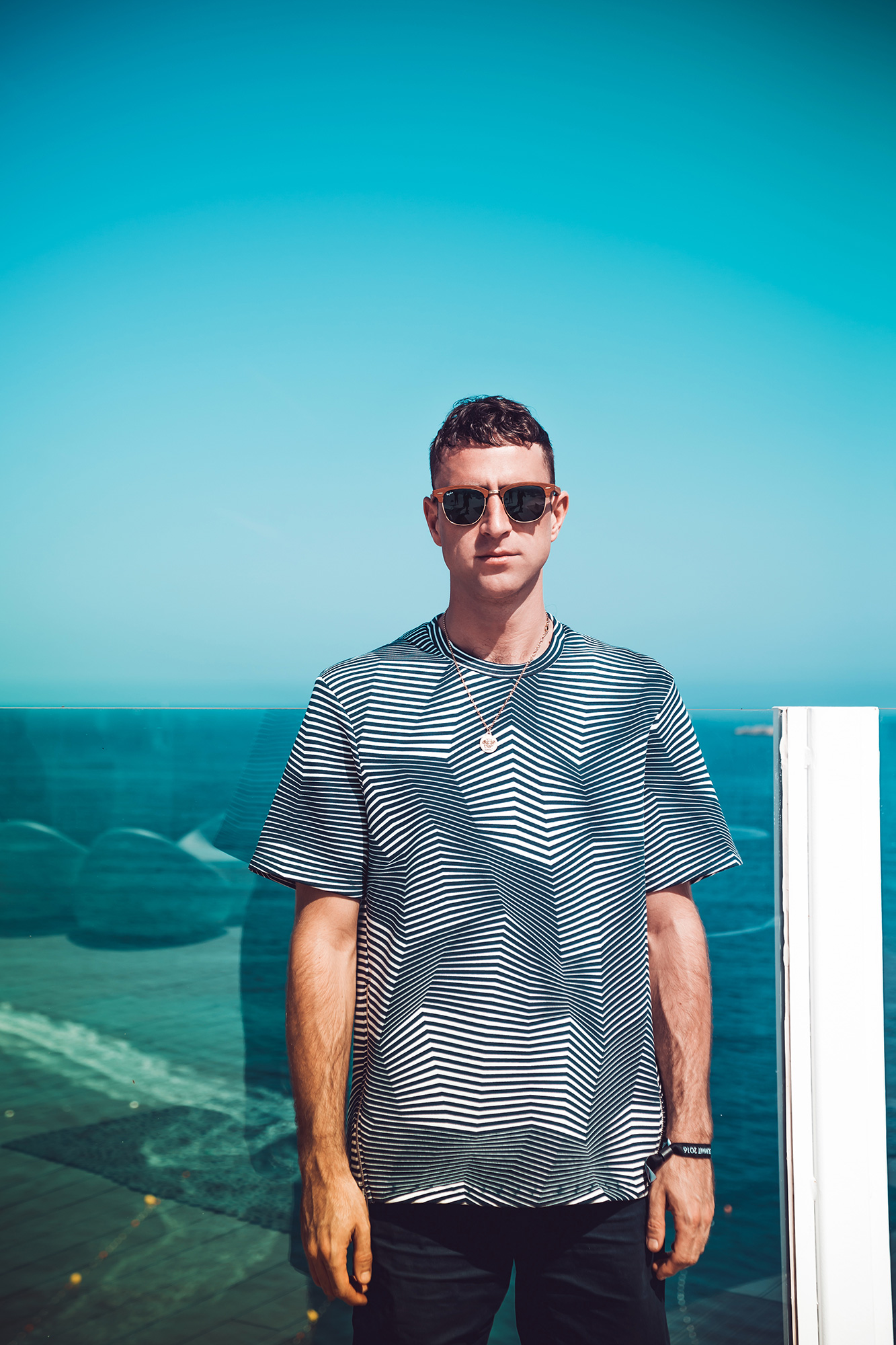 Three years ago, Jackmaster and fellow DC10 DJs Jasper James and Skream rented an apartment behind Pacha. It was Jack’s first full summer on the island and the setup made for an “eventful season.” In 2015, Jack, Jasper and a few friends decided to do things differently, renting a remote villa with one of their managers, a move designed to keep them out of trouble. “But I don’t drive,” Jack explains, “so living in a villa was difficult. I’d wake up and there would be no water, no food and I’d be left hanging. I ended up getting stranded and missing some gigs, so this year we’ve got a really pimping apartment just above the pizza shop next to Pacha. The Martinez Brothers are upstairs, Seth is downstairs – we call it DC Towers.”

Jackmaster’s wild side hasn’t prevented him becoming one of the most in-demand DJs on the underground circuit. Later this month, DJ Kicks – the legendary mix album series famed for their collaborations with the likes of Maya Jane Coles and Four Tet – release their latest offering. And Jackmaster is fronting it. “I wanted to set the record straight with this mix,” Jack says. “Some people seem to think that I’m a dubstep DJ. Others perceive me as this party DJ who mixes up ‘80s tunes with house and techno, but it’s not something I really do anymore. It wasn’t a decision to shift to straighter music all of a sudden. I just got tired of playing the way I used to and it gradually faded out.”

So what does Jackmaster’s new DJ Kicks offering sound like? Well, it’s a full-on dancefloor mix, underpinned by Detroit grooves and Chicago-style percussion. It’s also evident that Jack’s selections originate from deep inside the box. “A lot of the DJ Kicks CDs are almost like a back to the influence thing,” he continues, “but as much as I have an eclectic taste in music, if I’m dropping a mix it’s going to sound like I’m on the dancefloor.”

Despite his obvious prowess inside the booth, Jack seldom listens to DJ mixes. “DJs use other DJ mixes to steal tunes,” he says. “I’ve watched DJs skipping through mixes, Shazaming certain tracks, but it’s not for me. With any music, it’s so transparent when you’re not being honest. If I spent a lot of time listening to DJ mixes it would influence me and I want to be Jackmaster, I don’t want to be anyone else.”

“There aren’t many DJs I rate in Ibiza,” Jack concludes. “They all do this whoosh-bang thing: white noise, 32-bars, high pass filter. It’s house music for people who don’t really understand house music. That’s my honest opinion. I love this island, but some people aren’t going out because they like the music; they’re going out because they like the scene. At Circoloco, I’m trying to do something a little bit different. This year, Paradise has booked some really good stuff and I’m impressed with Maceo’s line-ups at Pacha. Other than that, people aren’t really pushing things forward, so someone has got to do it.”

Jackmaster is a summer resident at Circoloco at DC10.