Writer: Marta Vázquez | Photographer: Mariá Castelló
Las torres de defensa de Formentera
The island of Formentera constitutes a strategic point in the Mediterranean. A number of different peoples in the area took advantage of this fact to develop various activities most of which were of a military nature and even including piracy.

During the XVI and XVII centuries the island turned into the centre of the Turkish and Barbarian offensive in the western Mediterranean. Lying halfway between Europe and Africa and having been depopulated since the XIV meant it was the ideal base of operations for the Ottoman and Corsair fleets.

In order to alleviate the situation and defend the island from invasions and attacks the decision was taken in Ibiza to establish a number of watch towers along the length of the coastline which would serve to sound the alarm in the event of danger and thus activate the system of defences on the greater of the two Pitiusan islands. Smoke was used to communicate between each of these strategic points during the daytime while bonfires provided warnings at nighttime. 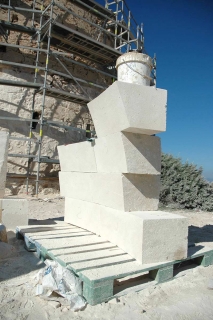 According to the Formenteran historian, Santiago Colomar, “maritime insecurity and the constant presence of enemies on the island did not stop Ibicencos from continuing to travel to Formentera in order to take advantage of the natural resources there since it was not a case of an abandoned island but, rather, only one which had been depopulated on account of the Black Death which occurred towards the end of the XIV century.

The defensive panorama was completed during the XVIII century with the construction of the tower of sa Guardiola on the islet of Espalmador between 1749 and 1750. Over the following years new fortifications were erected in Punta Prima, Es Cap de Barbería, and Es Pi des Catalá as well as the tower known as La Gavina situated in the zone of Punta Pedrera.

Nowadays,the defensive towers represent one of the most important architectural features of the island and provide a good reason to take a walk or bicycle ride as far as the natural strategic points where they are located.

All of them are to be found in an optimal state of repair and the last one to have undergone restoration is the one called Torre de la Gavina. La torre de la Gavina dates from 1763 and forms part of a group of watchtowers built in the Pitiusas between the XVI and XVIII centuries.

According to the report drawn up by the Formenteran architect, Marià Castelló, who was in charge of its restoration which comenced in April 2007 and ended in the month of June 2008, “it is a conic-shaped building with a diameter of less than 12,35 metres and a height of 8,74 metres”.

The tower is equipped with two levels and an upper platform. There is a main room on the ground floor which is equipped with an access door facing north-east. The lower level features a storeroom in its southern wing and a room intended for use in the past as a magazine. On the other hand, the platform is equipped with an open space delineated by a continuous parapet from which you gain considerable depth of vision.

The architect also pointed out that, “the main objective of the work of reconstruction of this tower was to guarantee the overall integrity of the monument, enabling the building to show all those characteristics which time has conferred upon it, increasing its character and own identity”.

For the majority of the repairs the same materials have been used as in the original construction made up of stone, limestone mortar and sandstone. At the same time, only the most important elements have been restored in order to maintain respect for the original substratum. 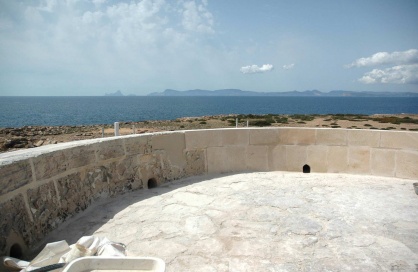 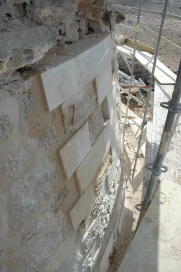 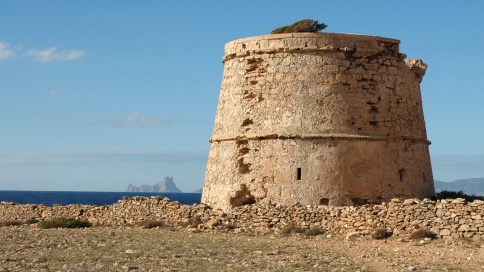 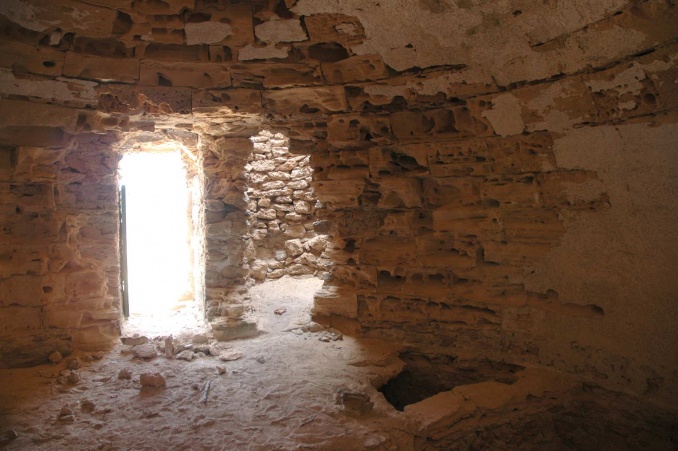 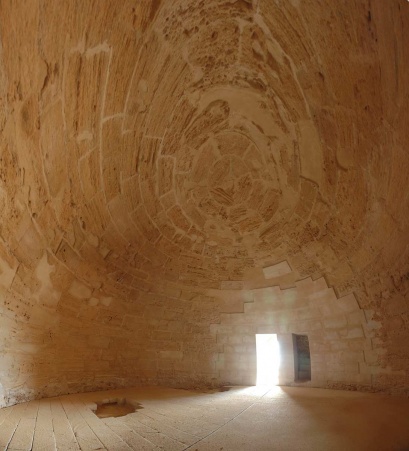