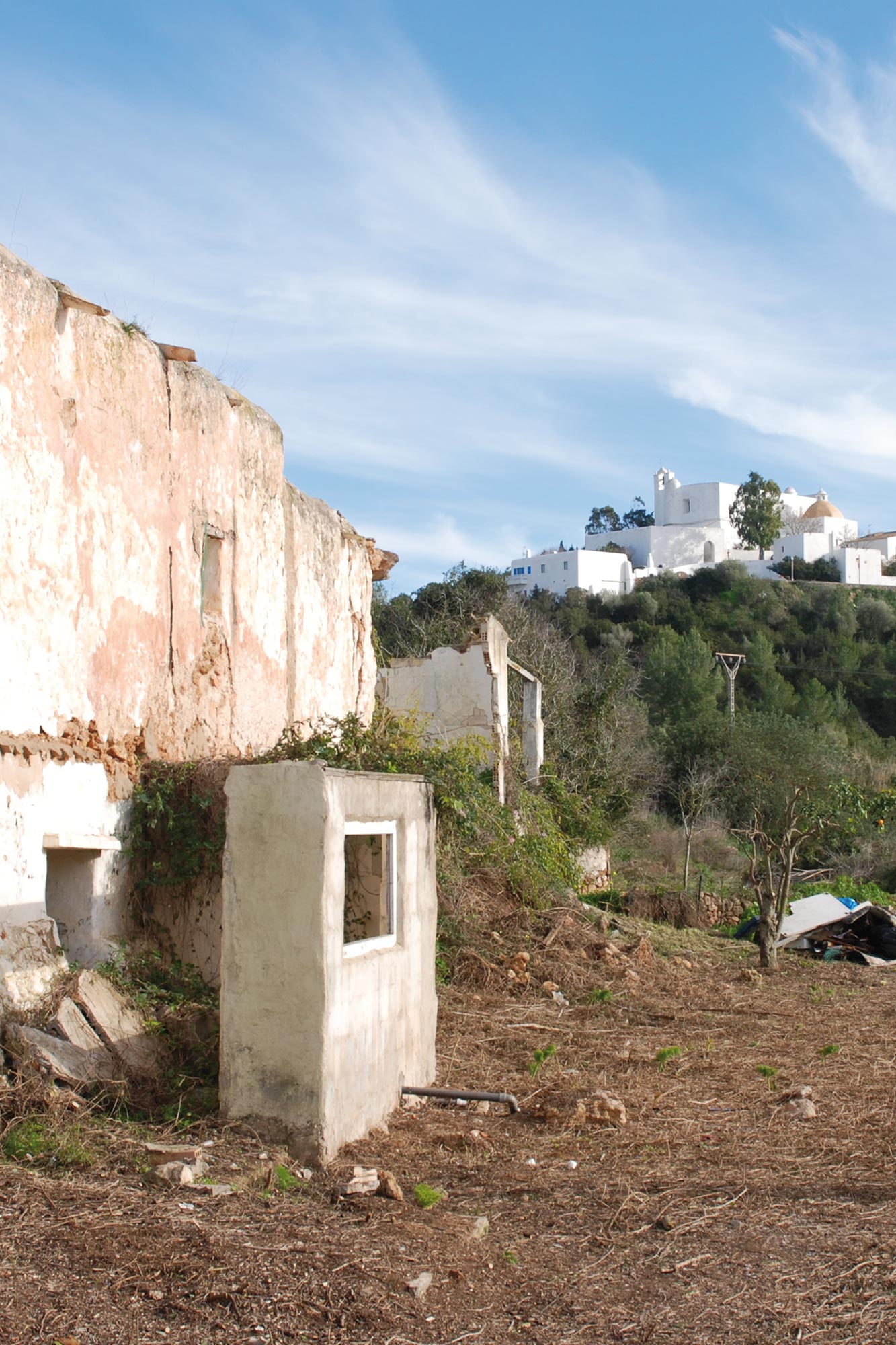 Moli de Can Planetes – A landmark by the river

Driving at about 60kms per hour, the 26-year-old turns onto the bridge leading into the town of Santa Eulària. He might have glanced down fleetingly at the river valley and its dilapidated buildings. Nothing here tempts him to stop for a moment and try to get a sense of the past, nothing inspires him to imagine what it was like when horses and mules crossed this bridge at 10kms per hour, pulling carts of flour for the town’s inhabitants.

‘With the goodness of wheat and essential vitamins’ – these words on the packaging of a loaf of bread in the supermarket at Santa Eulària finally remind the 26-year-old of what actually goes into the product. It is of no concern to him that nowadays we need only pop out to the nearest supermarket or the bakery around the corner to buy a loaf whereas, two hundred years ago, it took people several days to bake a few loaves of bread, and that they had first had to sow, then reap the wheat, before laboriously separating it from the chaff by hand. Should he be driving over the bridge again at the end of December though, he might pause for a moment and immerse himself in a bygone age.

Because by then, he will be able to admire the Can Planetes mill, situated in the river valley and restored to its original condition. Historians assume that the first settlers in Ibiza made their homes in what is now the town of Santa Eulària. Several mills around the area were powered by water from the river, before its levels slowly but surely started to dwindle, due to the increasing demands of a growing population. From an agricultural perspective, the Santa Eulària region in eastern Ibiza is still one of the most important areas of arable land in the Balearics.

“This is a landmark project. After all, the river played an important role in this area and wheat was the inhabitants’ staple food,” explained Vicent Marí, mayor of Santa Eulària, on 5th June, whilst lowering a clay jug filled with wheat and water into the ground as a symbolic foundation stone. This renovation is part of the government’s `Plan E´ to encourage job creation and it will receive 600,000 euros in central funding. The mill and the Can Planetes farmhouse are to be converted into an open-air museum, as a living demonstration of what life was like in this river valley. There are records of the Can Planetes mill, also known as Molí de Dalt, since the arrival of the Catalans in 1235 showing that it was powered by water from the river. A few months ago, the municipality of Santa Eulària bought these properties and hired a private contractor to restore them. This firm specialises in renovating buildings that are part of the country’s cultural heritage. They will reinforce the walls, recreate the original savina wood frame and reproduce the original floor from clay and natural stone. They will also install an electricity and water supply in the house which is to be used for exhibitions and events. And, as is customary for the pageses, the outside of the buildings will be whitewashed. The Ibicenco architect Juan José Serra is in charge of the project. He was also the mastermind behind the renovation of Molí S´Olivera in Puig d´en Valls.

The water irrigation channels are also to be restored to their original condition so that, by the end of December, the mill will once again be able to produce flour. It will not, however, be powered by water from the river, as the river bed has completely dried up here. According to local government sources, there are plans to take water from the desalination plant, so that as little groundwater as possible is used.

“I think that this spot, below the Puig d´en Missa, which is already a magnet for visitors, is an ideal location for an open-air museum and a large park, to encourage tourists and residents to come for walks and bike rides here,” says Vicent Marí, as he covers the jug – the foundation stone of good fortune – with the final shovel full of earth.

There are also plans for a path to be laid between the various locations that have been declared part of the cultural heritage. It will connect the mill and its myth-shrouded source known as ‘La font de Sa Lluna’ with the Pont Vell bridge which is of equal historical significance. On midsummer night in particular, from 23rd to 24th June, it is really worth looking closely at this picturesque spot on the island, because legend has it that at dawn, a plant will sprout from the earth beneath Pont Vell, which the passer-by must quickly pick, put in a bottle and seal up, otherwise the little plant will be gone again as quickly as it appeared. What he is said to be capturing is a fameliar, or goblin, which constantly shrieks: “Feina o menjar!” (Give me work or food!) The passer-by will have taken hold of a little piece of legend and will perhaps notice over the next few months that he chooses to slow down on the bridge, because here he will get an insight into the history of Ibiza. He may realise that the island is good not just for nights out on the town but also for taking a stroll through different eras of its history.