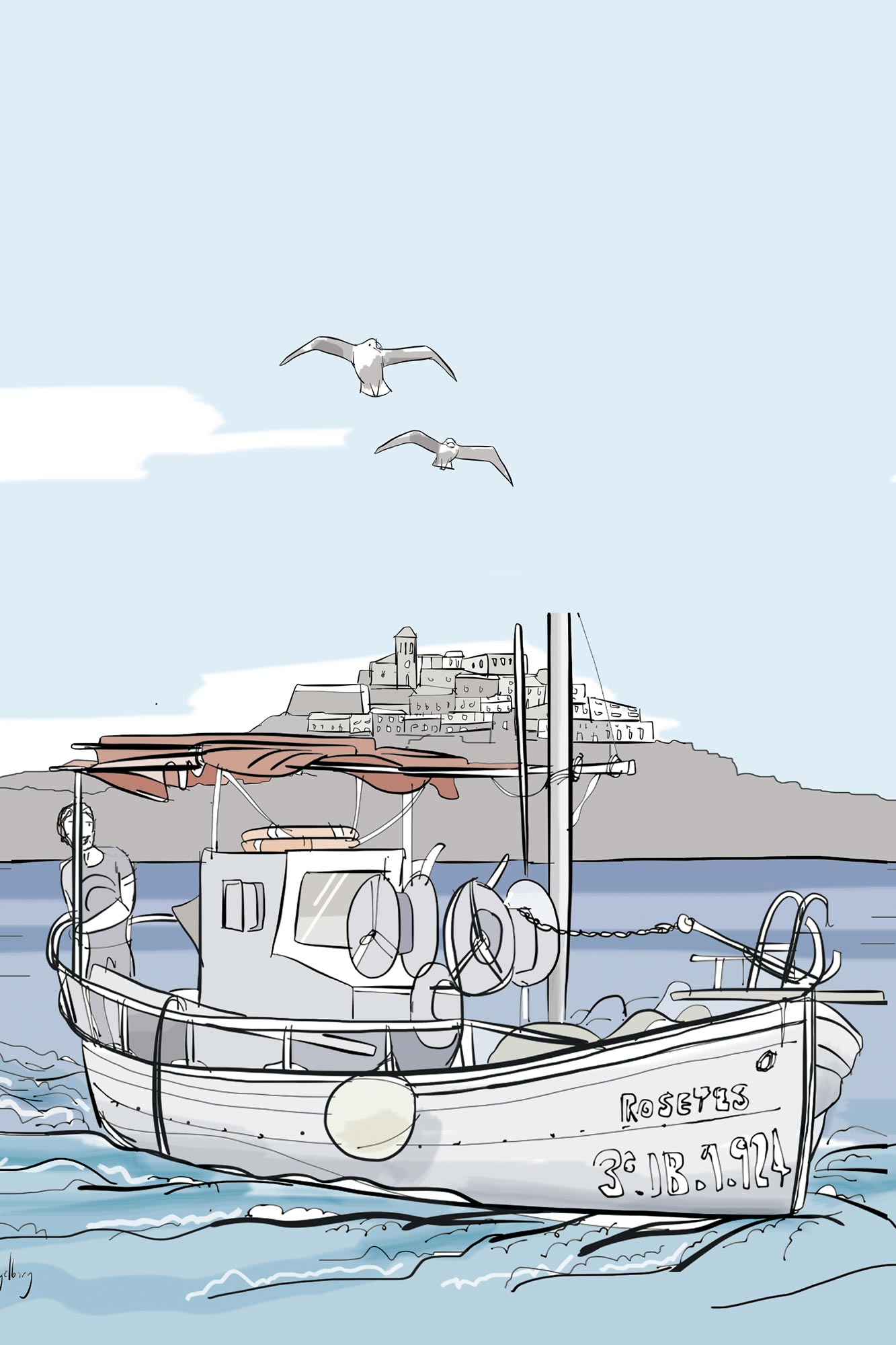 Reflection on air – Sea, wind, currents and a fisherman

Wow!, the last two months have been heavy for us here on the island. The air stood still, not only that, but it was extremely hot as well. Sticky was the accurate description for my skin at all times of the day. There was no evening breeze this year. Nowhere. I spent most of august barefoot, and took more showers than I can remember. My most coveted accessory was a hand fan. Without it, I felt like I was choking in the heat.

The sales in house fans rose and the air-con installation teams were overworked. My cats and my dog just lay around all day trying to move as little as possible, and the middle of the day was without any argument, “Siesta” time.

Conversations were held all over the island about the heat we were having and in them we were all in agreement. Pools became warm and diving off rocks into the sea seemed to be my only way of relief.

As I write this piece I realize that today is the first day that the air is fresher and there is a light breeze. All because we finally had rain, not much, but enough to clear the air. It was wonderful and I stood out in it. People actually sat out in it and just continued to eat dinner happily.

But, as much as I talk about the weather, the main reason for writing this piece is to talk about a man that lives from the sea, and makes decisions based on the currents and the weather.

He is, one of the few, if not the last, remaining fisherman that still has his family home in Sa Penya which was Ibiza’s original fishermans village years ago.

He proudly tells me he’s Ibizencan but talks Castellano as well. He’s so lovely to talk to and laughs at the fact that he thinks that here on the island everyone is into some sort of fishing, “Like Jamaicans dancing to reggae in Jamaica”, he chuckles.

He tells me that the fish you catch all depends on the time of day, the currents and the weather. Every month he explains that there is a week of bad fishing, which is related to the moon waxing or waning. He then tells me that he never goes out when it’s stormy, and adds, “The cemetery is full of brave fishermen you know”. He’s seen huge manta rays, sharks and even a whale once near Formentera.

I asked him if he thought the sea has less fish than before and he tells me that 20 years ago, they were already saying that…

He has a “Llaut Menorquin”, a very emblematic vessel and also very seafaring that many fishermen use in the Balearics.

Candido has a good life, he sails out every day trailed by seagulls, through and past the mega yachts, not noticing them really, still enjoying the skyline of Ibiza town which remains pretty much unchanged and as I talk to him and hear his friendly voice, I realise that he’s a lot happier than most people I know.

He has a wealth of knowledge and experience that he does not even know he has. Well, some might say, he’s just a fisherman after all.