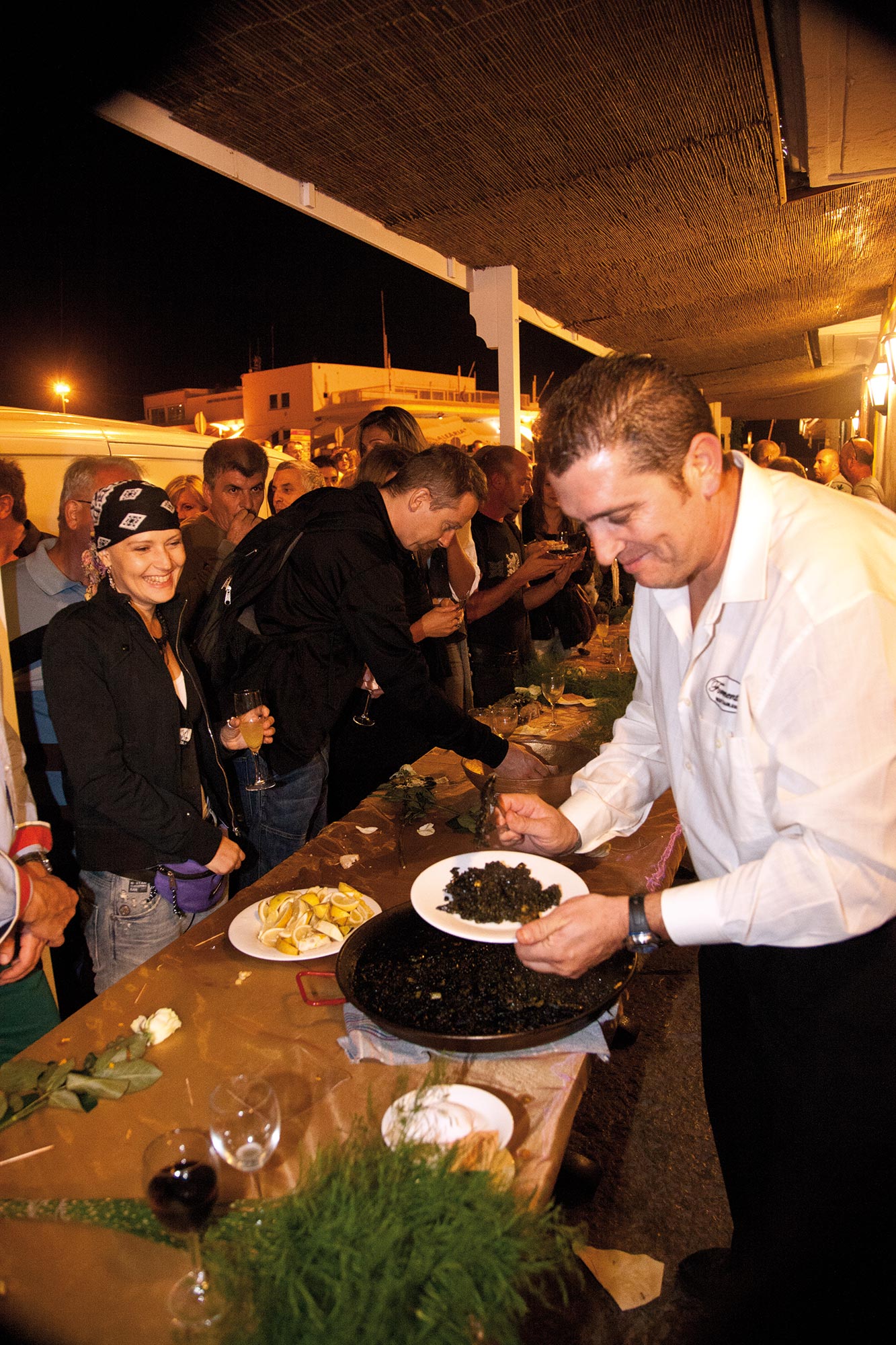 Santi Marí has vivid memories of sitting as a small boy with his parents on the terrace of Restaurant Formentera in Ibiza’s harbourside quarter, La Marina. “My father had a caseta on Formentera, and while we were waiting for the departure of the Joven Dolores, or on our return, we always visited the restaurant, as the ferry docked opposite it. The Can Pou Bar and Fonda Formentera were the two establishments where people used to meet.” The latter closed its doors in 2005, 65 years after it first opened, when the owner Joan Tur Ramis and his wife Catalina decided that they had reached retirement age. To the dismay of many people, the premises were rented out to a pizza chain. The traditional building was crudely repainted in the harsh corporate colours of the chain.

Santi Marí and his friend Pierre Garde worked up a plan to restore the ‘Formentera’ to how it used to be. Many years of difficult negotiations followed, until this year the moment finally came: in the spring, they were able to start work on the refurbishment. The result is something to be proud of. The premises have been divided up just as they were in the old days; the atmosphere is rustic yet elegant, and more attractive than before. But it is not only the exterior of this traditional restaurant that has been brought back to life. Santi and his partner Pierre have also taken up the cause of traditional Ibicenco cuisine. The kitchen uses products de la tierra (grown in Ibiza) and caught in the waters of the Pitiusas. In addition to the standard menu, there are daily specials depending on what is to be found in the market that day. The fresh fish is to be particularly recommended. From Tuesday to Friday, there is a special lunch menu which also features traditional Ibicenco dishes: Tuesdays, arroz de matanza; Wednesdays, sofrit pages; Thursdays, guisado de pescado; and on Fridays, paella.

“We have months of hard work behind us. But now all that is forgotten in the joy of having restored this iconic establishment to its original state,” says Santi. And this joy was shared by hundreds of delighted Ibicencos, and also by us of course, at the official re-opening party in the middle of October.

Restaurante Formentera is open from Tuesday to Sunday for lunch and dinner. Closed on Monday.