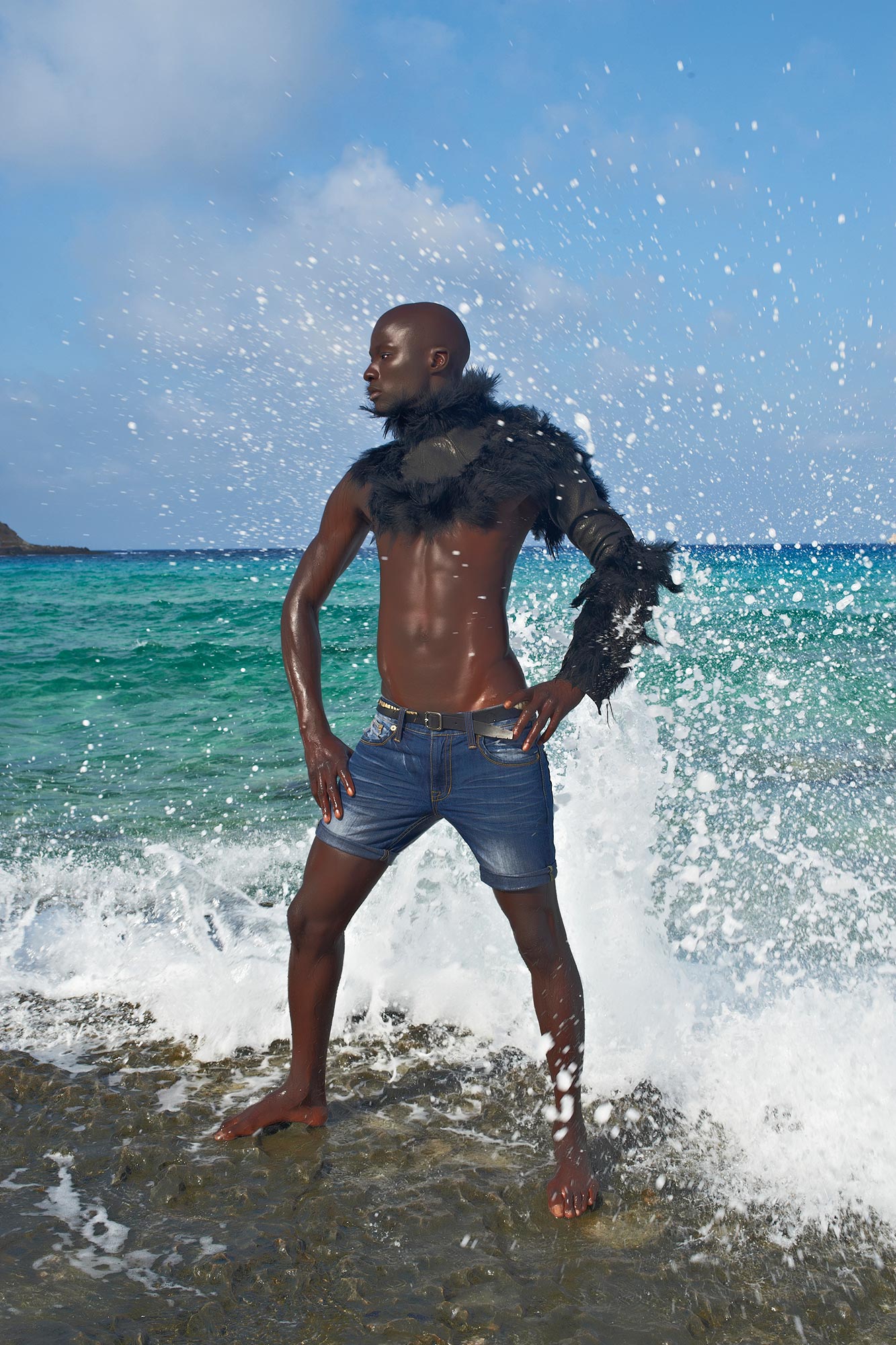 Papis Loveday walks through the crowd at the Blue Marlin with a spring in his step and enters the VIP area so he can dance close to the speakers. Around him, all eyes are fixed on his lean 6ft 2in frame, his raspberry fitted jacket with huge pink marguerite on the lapel and his purple clutch bag. The 29-year-old Senegalese is now one of the world’s hottest models and has posed for fashion labels such as Armani, Gucci and Dior. How did he become a model? “For me, it was more a question of chance,” he explains. “Actually, the fashion scene never appeared very trustworthy or reliable to me. In my country, this profession is considered very dubious for a man.” He started out studying computer science and dreaming of a career as an athlete.

But he was discovered by Benetton and was offered a worldwide advertising campaign. He finally agreed to do it, as he thought that he had something to offer the fashion industry. He is fascinated by his life as a model, by being the centre of attention – a feeling which is almost addictive. He also very much appreciates being surrounded by creative people, travelling a lot and following the ever-changing fashion industry.

Is there a downside to the life of a model when they are not standing in front of the camera? “If you have an unstable character, and no family or friends to bring you back down to earth, you begin to lose touch with reality,” says Papis. “Bit by bit, reality and the job blur into a pseudo-reality.” Also the pressure of having to constantly maintain your figure in order to remain competitive and to look immaculate at all times takes its toll. Many of his colleagues have had to struggle with drug addiction or mental health problems because they could not cope with this constant tension. “I think the start of a career in modelling is particularly difficult, because you are treated like a dispensable piece of meat. In my view, this breaks many models.”

Is Ibiza a good place to design and showcase fashion? “For me Ibiza is a spiritual place,” he replies, “so I think that it has the potential for designers to create their collections here. However, these should be produced in places where reputable manufacturers are based. After all, they unveil their creations to the press and potential buyers during the fashion weeks in Milan, Paris and New York.”

When he’s not enjoying the sunset on the terrace of the hotel Na Xamena, Papis is to be found either in LIO or Restaurante Balafia. He loves lunching in El Chiringuito on the beach of Es Cavallet or in Es Boldado at Cala d’Hort, or relaxing on the sunbeds of the new Cala Bassa Beach Club. Now and then, he enjoys the La Troya parties at the nightclub Amnesia, Sundays at Space or the Flower Power Party at Pachá.

However, his life does not only revolve around the catwalk; he also has his own television show and works as a runway coach, as a choreographer for fashion shows, as a fashion and style consultant, and as a casting director. When asked if he still has ties to his native Senegal, Papis replies that he would like to travel there more often, but that he is in constant contact with his mother and sister. He is also ambassador for the UNESCO Education for Children in Need foundation, supporting educational programmes for children in Senegal. “I am very happy that my career enables me to motivate people to help. Access to education is the only way to fight hunger in the long term. It makes your stomach churn when you realise that, while you are tucking in to your breakfast, children are dying because they have nothing to eat. Everyone can do their bit to help.”

When asked whether he represents a completely new type of male model, he laughs: “I think that others are in a better position to answer that question. Maybe it’s rather that I present exclusive fashion in a more passionate way than the average male model.”