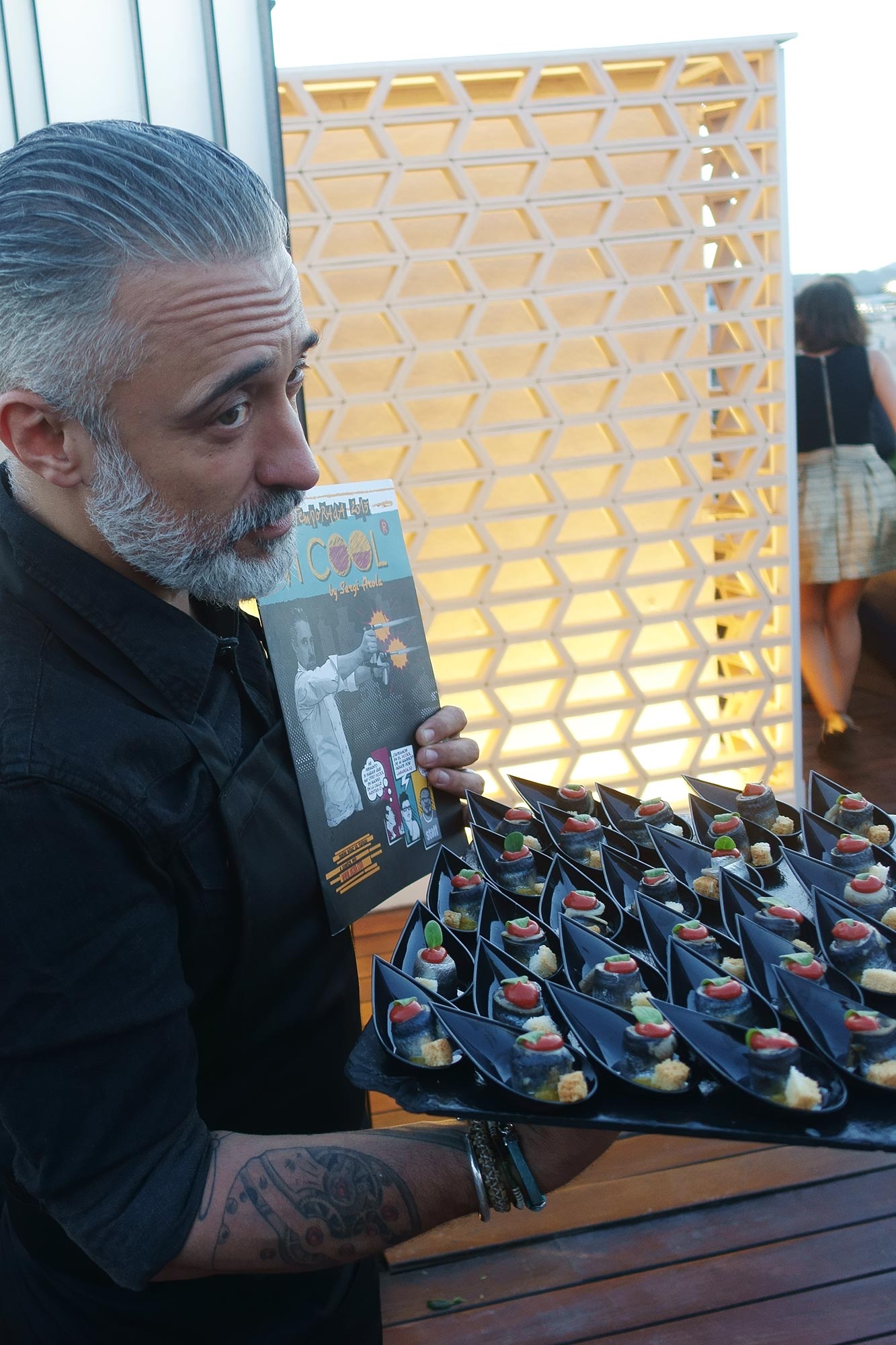 Vi Cool Ibiza – “The best star is the customer”

Sergi Arola has got all sorts of projects and among them, ever since last summer, there is Vi Cool in Santa Eulalia. And even though he’s more often to be found on the international circuit, he feels very fortunate to possess a niche in Ibiza, which he includes among the top 10 lifestyle destinations.

Vi Cool is located on the top floor of Aguas de Ibiza hotel. It belongs to a chain that started out years ago in Barcelona and continues to expand, developing an alternative culinary concept with a traditional basis and an avant-garde touch.

“Vi Cool is my line of jeans”, says Arola, who defines it as his profit-making brand. With a total of 16 restaurants all over the world, he claims to have a “globalised vision of gastronomy”, without forgetting his Mediterranean roots to which he is continually incorporating flavours that he discovers in countries such as Turkey, where he absorbs the mixture of sensations: “Everything exudes history, flavours, smells: it’s the perfect balance between East and West”.

Like this, his goal is to learn and catalyse new experiences in the way that best suits him at each moment: “Sometimes in a more gastronomic or gourmet fashion”, he states. That is why he tries to use local produce wherever he goes and make it part of his cooking because, above all, what concerns him is the diner and not rankings: “The only religion when it comes to eating is the customer. The consumer is the best star”.