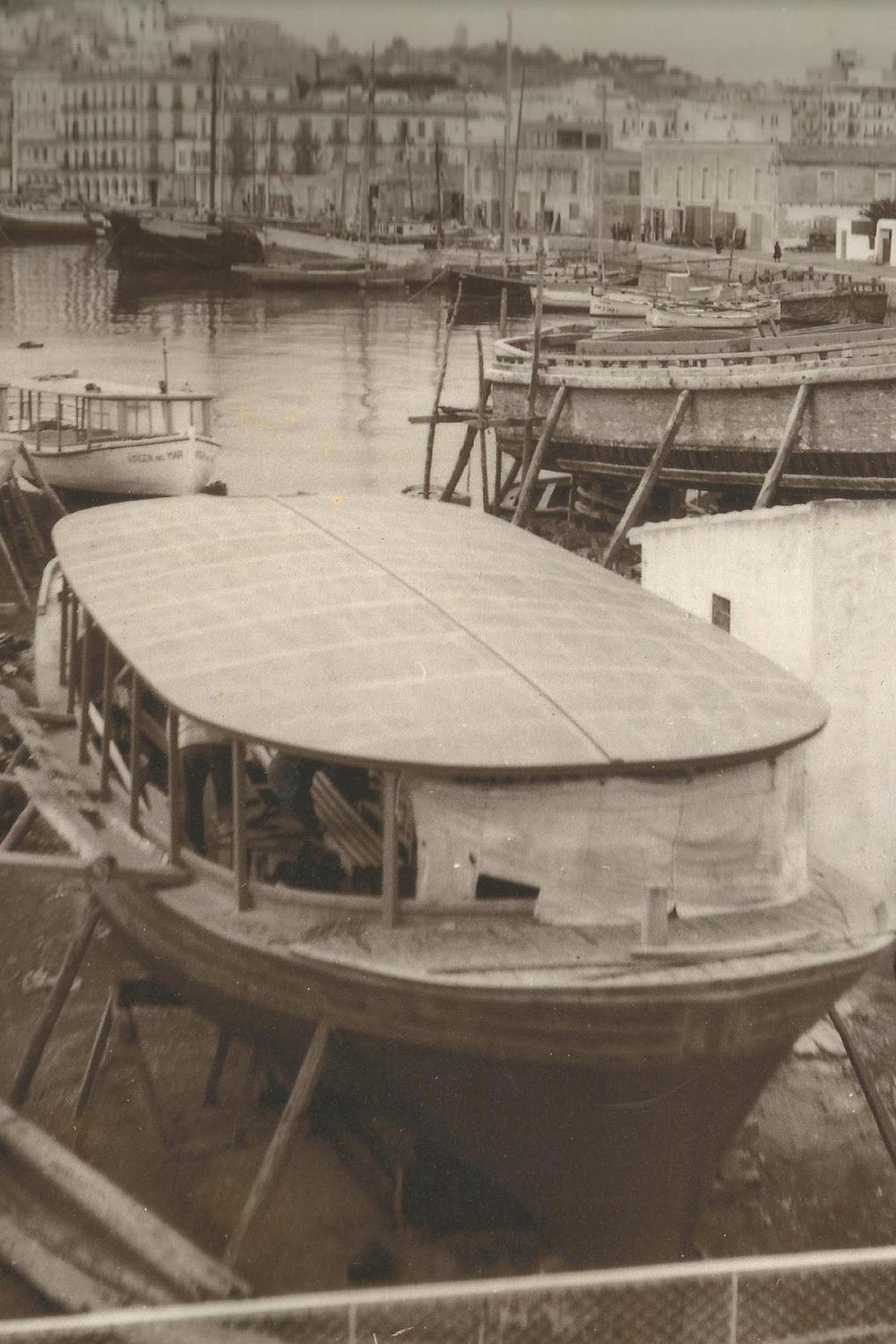 Even though it might seem incredible, you can still have experiences on the island that go back to that legendary Ibiza of the beginning of the last century. Piloting the boat that takes us to the end of Botafoch, Aniano Costa Mariné exudes happiness: working every day while contemplating those marvellous views of Dalt Vila is, as he points out to us, an authentic privilege. It is hard to believe that these well-kept wooden boats that take us to Talamanca are more than 40 years old, but in this family enterprise that has passed from parents to children everything is done with a great deal of love and care, nowhere more so than when it comes to maintaining their boats. “If you take care of it, a boat will last your entire life”.

Aniano’s grandfather, an entrepreneur and seaman who transported the sandstone with which the houses in the port of Ibiza were built, founded the company in 1932 to take the families of Ibiza to spend the day on the beach. There was no tourism then and Figueretas was a long way from the city. The first excursions to Espalmador – including the paella that they continue offering today –   also date back to that time. “My grandfather had seven children. The six boys, Vicente, Pepe, Benjamín, Juanito, Daniel and my father, Arcadio, devoted themselves to the boats”.

At the age of 15, Aniano began to help his father, who had suffered cancer. “In the summer, I was on the boats and in the winter I travelled and studied languages”. Little by little, he got hooked on the job and working with people, and now, “I’m very rarely on land; I am almost always in a boat”. The saga would seem to have a sure future because Aniano’s son, despite the fact that he is now working on the mainland, also possesses the permits that one day will allow him to dedicate himself to the family business.

The Talamanca ferry does a constant round trip all day long around Ibiza port, from the docks in front of La Marina to the end of Botafoch, passing the maritime station and Marina Ibiza en route. It’s an efficient and extremely punctual service that, at minimum cost, transfers you from the centre to Talamanca every 15 minutes while enjoying the most incredible vistas and matchless service. Aniano regrets that, “We are losing our identity a bit”. By going on board one of his four motor launches, you will be able to experience a trip with all the flavour of the Ibiza of yesteryear.