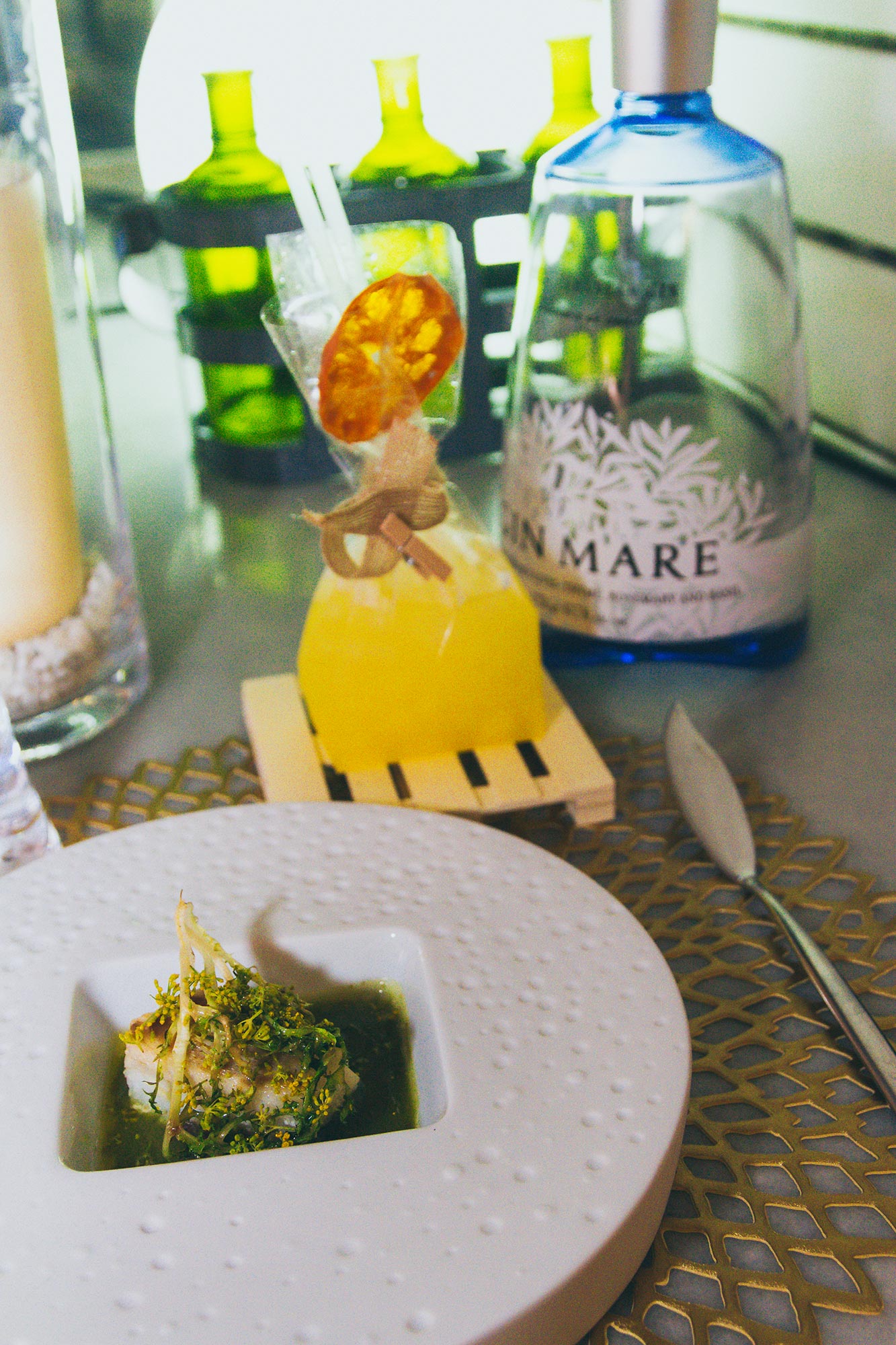 Cooks and gin does not mean “cook in gin” or “gin in the chef” but rather, it is the new trend; a menu that, instead of being served with the appropriate wines, is served with gin creations. This requires the kind of communication between chef and bartender that usually takes place in a good restaurant between the chef and the sommelier. Particularly for bartenders, this is a new challenge. While they usually only adjust the way they mix cocktails to the taste of their clientele at the bar, now they have to prepare drinks that are a perfect match for the dishes created in the kitchen.

This is the challenge bartenders set themselves at the series of events known as Gastromixology Nights, with which Gin Mare hopes to bring Mediterranean flair to rooftop bars in London, Madrid, Lisbon, Milan and New York. These events took place twice in August and September in an authentic Mediterranean setting that is hard to beat: on the Rooftop of ME Ibiza.

In August Walter el Nagar set up his Barbershop restaurant for one night here. To go with his six-course menu head barman, Alvaro Martín, conjured up some new mixed drinks that were an outstandingly delicious complement to Walter’s creations. Ibiza Style had the pleasure of savouring this culinary experiment at the chef’s table. Following the editorial deadline a second event of this kind took place at the start of September. El Quim de la Boqueria from Barcelona (see also our edition no.4 from July 2016) and Aitor Olabegoya, the Basque head chef from Beijing, (nominated Chef of the Year for four consecutive years in China) did the honours with an extravagant menu. We will do an extensive report at the end of September in the events section of our website about what was an undoubtedly even more exciting dinner and cocktail experiment.

Gin Mare’s ground-breaking concept was well received by all those who participated. The aim was to capture the purest essence of the Mediterranean in one of the first premium Spanish gins. And they managed do so, in the setting of an ancient 18th century hermitage close to the sea, where the distillery is located. That’s where Gin Mare was born. Gin Mare opens the way to a new category of gins with an innovative pan-Mediterranean concept that brings together the different cultures surrounding the sea as represented by their star botanicals such as: Arbequina olives, thyme, basil and rosemary. One of the sector’s leading brands, it is at the forefront of a worldwide revolution in being sold in more than 60 countries.

On the island it is already inspiring chefs, who do not hesitate to use the brand when marinating their dishes.