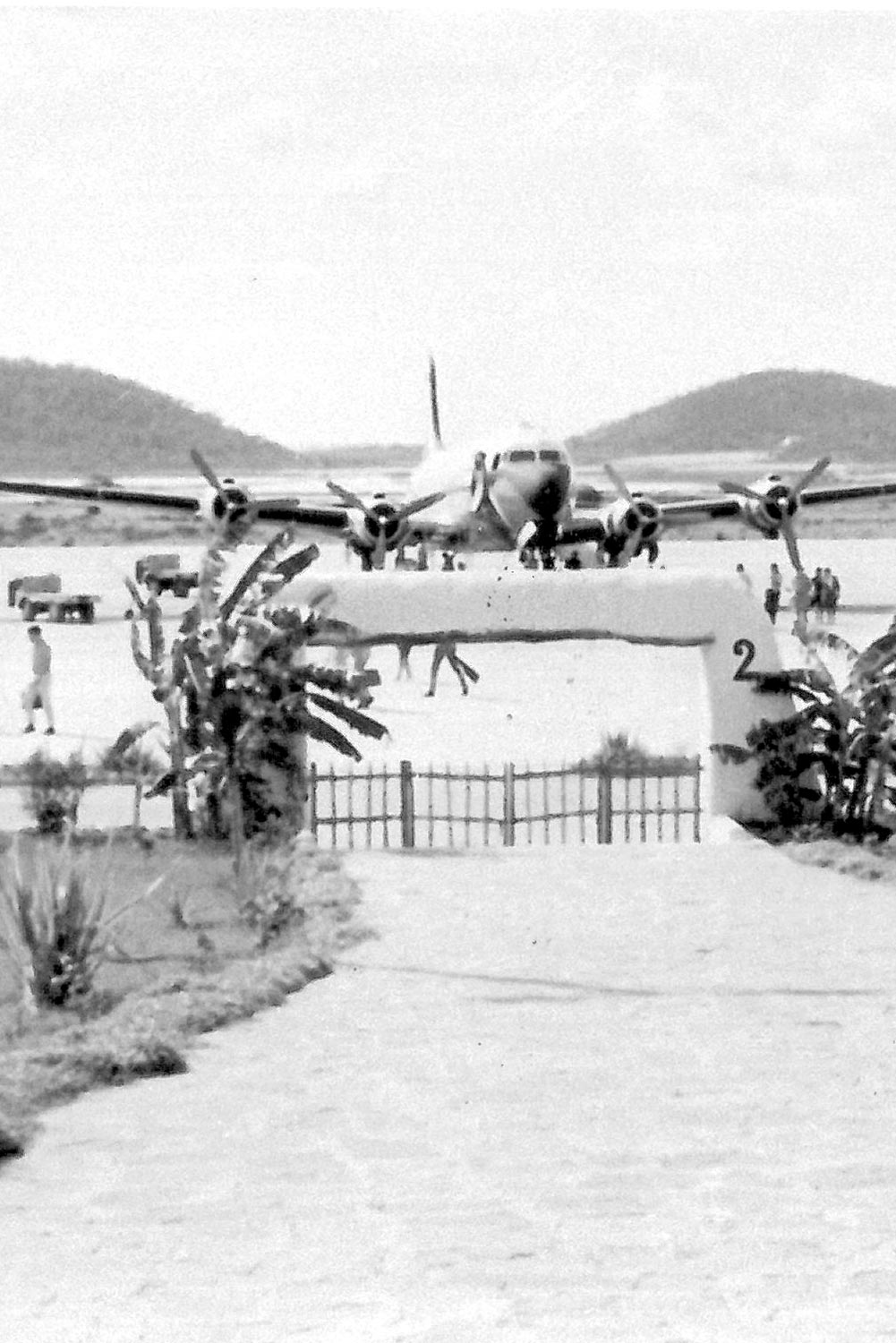 Whirling dust, the ear-splitting shriek of engines and women working in the fields dressed in traditional costume craning their heads skywards to see what was happening – this was scene at Es Codolá some eighty years ago. Back then, at the beginning of the Spanish Civil War in 1936, this area, around eight kilometres from the Island capital, was used as a temporary military airport.

It then had a short stint as a civilian airport between 1949 and 1951, but only for domestic flights.

Encouraged by positive developments at the airport in Palma, a committee was formed in 1954 which four years later set about expropriating land to extend the airport, upgrading the sheds for processing passengers and creating a departure lounge with a budget of just 500,000 pesetas (about 3,000 euros).

In 1958, Aviaco became the first airline to fly 170 passengers to Palma and Barcelona in its twin-engine, propeller-driven Bristol aircraft. That same year, Iberia offered flights to Barcelona and Valencia in its DC3, the same type of aircraft that became known as the Candy Bomber during the Berlin Airlift.

This meant that passengers could now fly from Ibiza to the capital Madrid with a stopover in Valencia in only a few hours, three times a week. From 1960 onwards, travellers no longer had to walk over a dusty airstrip to the terminal, because the runway, which now also had a second-hand control tower from Palma, had been asphalted. Following further land expropriation in 1961, the airport, which initially specialised in domestic connections, was extended once again, and one year later, the runway was lengthened to accommodate jet-propelled aircraft.

The airport experienced a quantum leap in 1964 when, in addition to high frequency direction finding equipment, the runways also had special lighting installed. At the same time, construction started on a new airport building. Two years later, it was offering international flights with a regular timetable and customs control, and from 1967, passengers could fly direct from Ibiza to other countries for the first time. Es Codolá had finally earned the right to call itself an airport. During the 70s and 80s, the runway, aircraft parking, arrivals hall and departure lounge were all extended, and the airport prepared to receive the Boeing 747. In 2010 alone, the airport handled 5,040,800 passengers. Today, 95 percent of travellers to Ibiza come by plane. The renovation work at the airport which began two years ago is expected to be finished by April 2012.