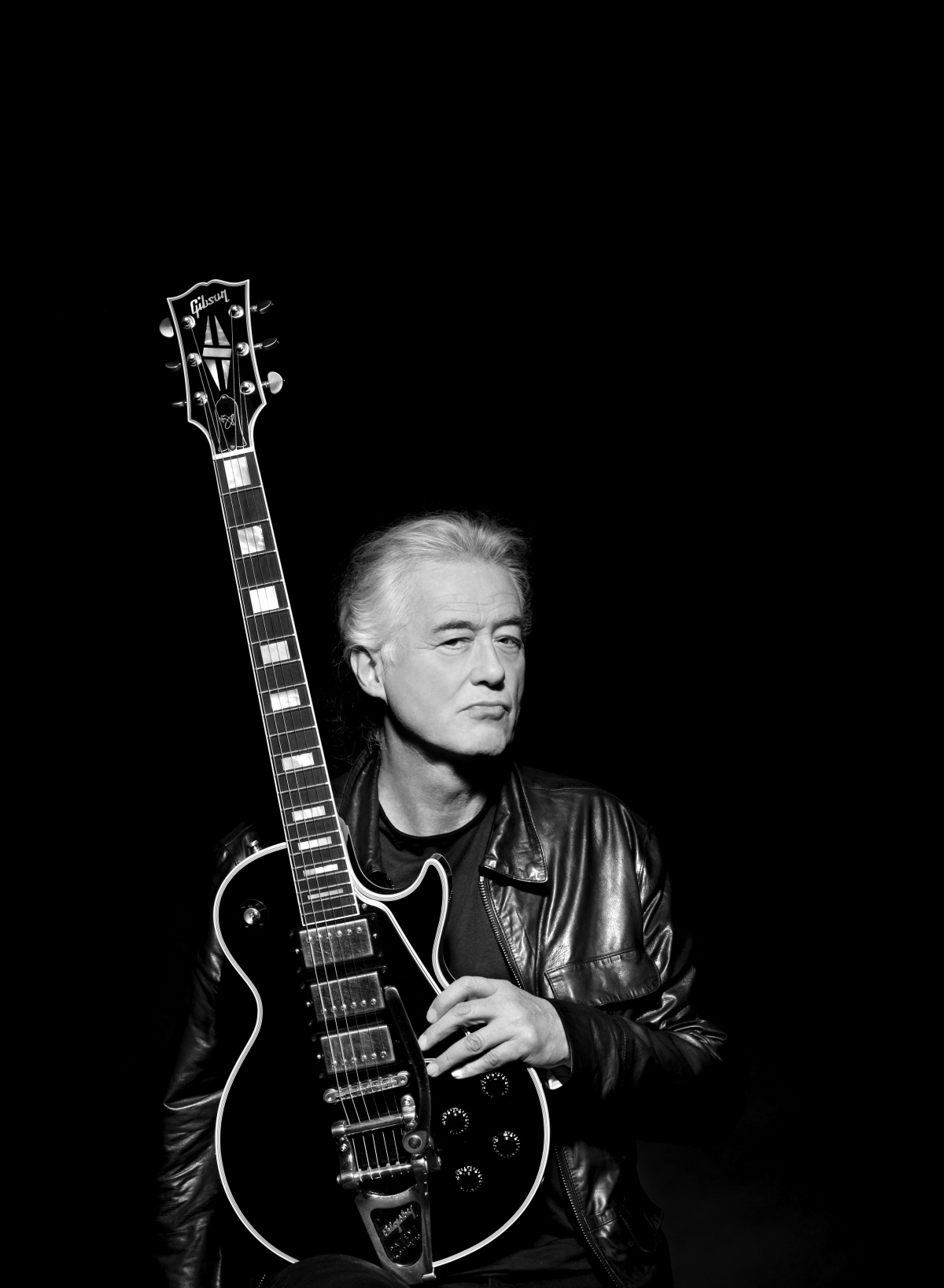 By the time they were at their peak in the 70s, Led Zeppelin were already a good deal bigger than the sum of their parts, a band that appeared to give life to the buzzword “supergroup“. Full stadiums, devoted fans, the tours in their own air plane, along with Bonham’s beats, Page’s incredible virtuosity on guitar, the brilliant bass lines of the often underrated John Paul Jones and the unmistakable, ready for anything voice of the “god on a golden mountain,” singer Robert Plant. Nor should we overlook the iron rule of the mighty Peter Grant, who was always ready to throw all his weight behind his band – up until today the archetype of the band manager perched halfway between genius and insanity.

When it comes to the great remasters campaign, 35 years after the end of Led Zeppelin, anyone attempting to approach the larger-than-life songs once more with fresh ears is going to get blown off their feet. When that also then happens in the present with one of the creators himself, then the ground is set for a musical history lesson in which the lines between journalist and fan quickly blur. The opportunity to not only hear the work together but also discuss it together with Jimmy Page, the master in person, is all too enticing, too unique.

The place for this encounter of such an exceptional kind was chosen with a sure hand. Two dozen hand-picked journalists, several representatives of Warner Records and interview moderator Alan Bangs, the British radio legend and expert on the subject met in Berlin’s Meistersaal in May. Naturally, music lovers smack their lips in the Meistersaal: it is the wood-panelled ceremonial hall at the former Hansa Studios, the place where Bowie once sang “Heroes”, Depeche Mode industrialized their sound and U2 – in the shape of “Achtung Baby” – rendered their audio impressions of the former island city immediately after the fall of the wall.

With a casual snow-white ponytail and dressed in a dark suit, rounded off with cool Chelsea boots, Jimmy Page has the first three albums by Led Zeppelin in his luggage.   Page himself has produced and re-mastered the whole thing and it took up quite some time. “I took hundreds of tapes home with me, box after box. And then I really listened to everything to find the best alternative takes,” he says smiling. He scoured archives, fetched tapes up out of the basement together with old companions and got hold of some bootlegs in Japan. The resulting material now finds itself on these records.

So Page has put a hell of a lot of work into this project – and you don’t need to do more than listen to the first track to immediately notice: his efforts have paid off  The opulent box sets come chock-full of demos, out-takes, live recordings and even the alternative takes of well-known originals. For example, Bonham’s spectacular drumming on “Good Times, Bad Times” and “Communication Breakdown” is incredible. On “Gallow’s Pole” you feel so close you could be touching Page’s guitar and “Whole Lotta Love” swings and sweats, bursting forth as if you were standing in a room with the four of them.

In Ibiza many fans will listen to these songs with particularly fond memories; quite independently of one another Page & Plant also left their musical marks behind here. In 1985 Robert Plant filmed the video for his single “Sea of Love” here. The next year Page turned up in Eivissa to hand out an unforgettable musical visiting card. Needless to say, the fact that his band at the time, the Firm, had just broken up didn’t mean that Page himself would set his guitar down in the corner; on the contrary – the strings artist simply carried on with a passion. And on August 4 1986 in the Heartbreak Hotel in San Antonio, that’s what he did. The band that Page jammed with at that time was called Safe Sex. In the line-up there was none other than John Bonham’s son Jason, whose fantastic playing ensured solid backing a good 20 years later at the legendary concert for label boss Ahmet Ertegun at London’s O2 Arena as well as Mike Thompson on vocals and Dennis Le Bass and Phil Carson who shared the bass, in particular on their version of the classic, “Lucille“.

It was Carson, himself a musician used on the stage at some Led Zep shows and an erstwhile Atlantic Records employee that Page forced to perform for his own show “Heartbreak Hotel”. On the set list alongside “Lucille” at this sweat-inducing, not-to-be-forgotten gig were rock ‘n’ roll classics that couldn’t be left out such as: “I Just Wanna Make Love to You“, the naturally indispensable “Heartbreak Hotel” that gave its name to the place as well as “Baby Please Don’t Go” and the Beatles’ classic “Money”.

The image the spectators beheld could just as easily have come from one of the legendary Led Zep shows: Page with flowing mane and sweat-soaked shirt going full tilt at his famed Telecaster that he only swapped for a Dan Electro for the song “Lucille”.

First of all, a number of difficulties emerged in the run-up to the concert. The main bone of contention was the poster. Page thought that the picture he had chosen was a little too “sweaty” and set about sorting it out himself.

The result was that a new one had to be made. In the end they only had two hours in which to print the authorised version. And while we’re on the subject of the poster: Seen from today, the name “Safe Sex” might sound somewhat naff. In the middle of the 80s, however, that part of the pop world that was mainly oriented towards nihilism found itself in the focus of the debate about HIV and its consequences. Perhaps, after the particularly debauched years of the Led Zep era it was a conscious counterpoint to the explicit party madness of rock’s founding years.

And that’s the key phrase because even though this founding period itself will soon be a full half century old and the show in Ibiza’s already a good three decades old too, the protagonists and their sound are as up-to-date and popular as ever. The inevitable calls for a reunion are happily referred by Page to Plant as he is the one who’s insisting, in contrast to Page, Jones and Bonham Jr., that he’d prefer to spend time on other projects. To wit, a new album by him is coming out in the autumn.

Yet it was precisely there, at the presentation of this new record – a multi-layered master work spanning world, folk and deepest trip-hop sounds – in front of an illustrious circle in a small hotel in the London borough of Soho – where Page himself also brought the old love back into play. Over a glass of red wine, the singer with the same wild mane waxed enthusiastically about having played an incredible version of the Zep classic “Black Dog” with his band the day before. You couldn’t help but see there a very definite twinkle in his eyes.  It is like it is: whether 1970 or 1986 – or 2014 – Led Zeppelin are and remain one of the greatest bands that the world has ever seen.