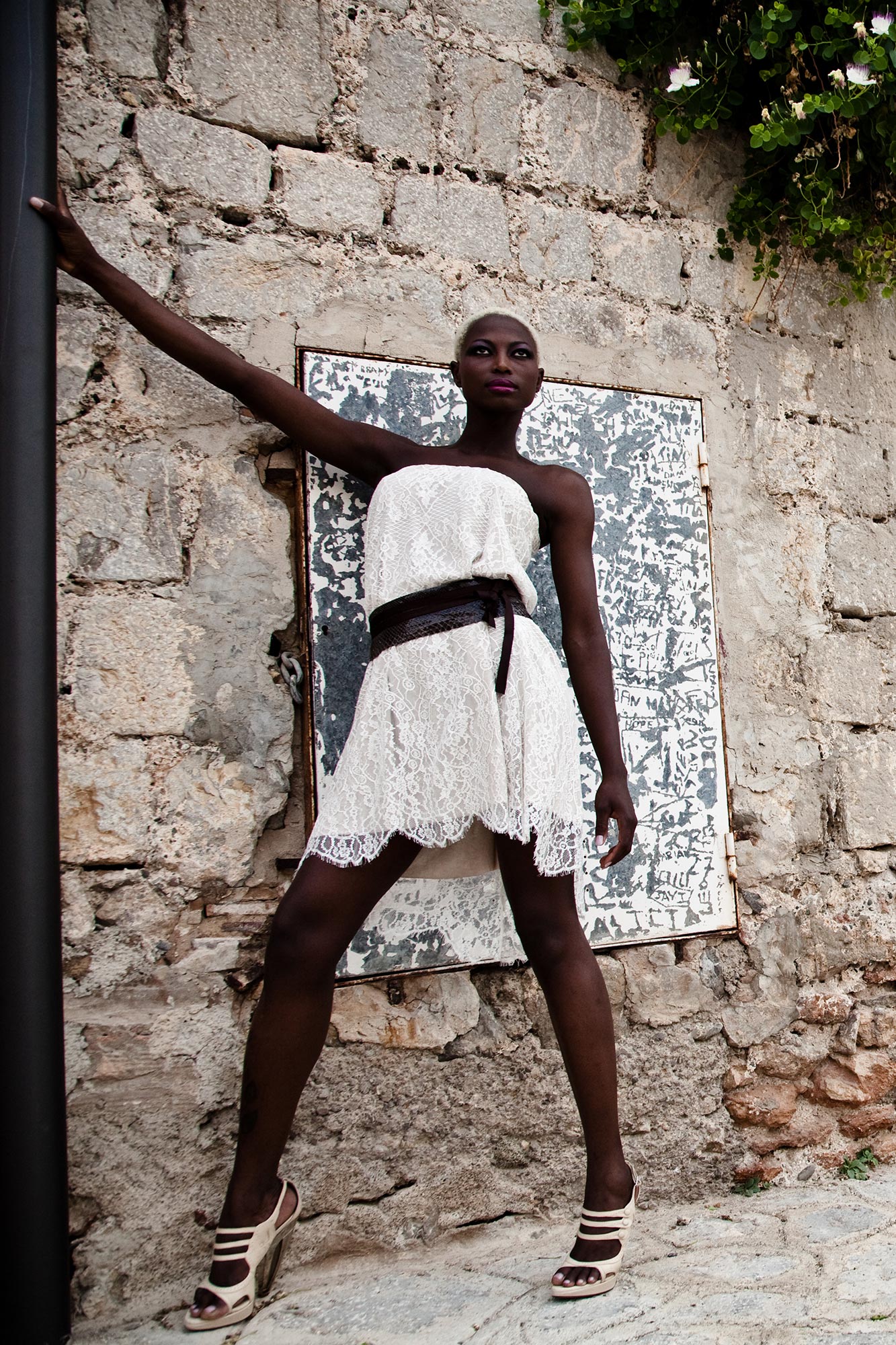 They both have a thing about seams and not just those in the upmarket clothes they design and sell. You could almost say there’s been a seam zig-zagging through their joint life story.

It began in Berlin in 1989 when Frank Schütte launched the ‘3000’ label for the club scene. This was funky club wear, hastily stitched together from recycled material. The limited lifespan of the clothing didn’t bother either the techno-scene ravers or the DJs, including Sven Väth and Carl Cox. Techno insiders all went to these fashion gurus and business was booming – at first. But only for a short time. They hot-footed it away from a pile of debt, fleeing Germany for the USA. There they went their separate ways, slogging it out to make a few dollars stitching clothes.

After a few difficult years in LA, Frank Schütte – now Frank Ford following her marriage – and Stefan Loy met again. They started fashion designing together once more and in 1999 set up their label ‘Loyandford’. After their first major success, which was to design and make a $7,000 dress for Cher, business grew and grew. Hollywood stars were banging on their door. They designed stage outfits for Courtney Love, Lenny Kravitz, Gwen Stefani and Alanis Morissette. Once Angelina Jolie had been seen in a promotional photo for ‘Lara Croft’ wearing a Loyandford T-shirt with a kalashnikov design on the front, customers emptied the designer duo’s small shop in Chinatown. Britney Spears, Reese Witherspoon, Madonna, ‘Desperate Housewives’ stars, Jennifer Lopez, Scarlett Johansson, Aerosmith, Rolling Stones and Depeche Mode ordered stage outfits from them. In 2002, they were producing clothes for the largest retail stores, presenting their collection at major American trade fairs and turning over millions of dollars. They were showered with accolades such as the Lincoln Icon Award 2005 at the MoMA in Los Angeles, and they were asked to present a Design Show at the Smithsonian Institution in the National Design Museum of New York. They soon moved from their one-bedroom apartments into large villas in Beverly Hills.

But success can come at a price. Suffering from burnout, the couple wrapped up their business in the US in 2007 and sold their villas – just before the economic crisis took hold. They returned to Berlin. After so many years in LA though, they found they were no longer on the same wavelength as the Berliners. So they ended up in Ibiza, with suitcases full of money, to enjoy what they called “free Ibiza life”. They now produce clothes on a small scale and have opened a little boutique in Dalt Vila but are already making plans to expand the business. Where? Here in Ibiza, of course!

We find LOYANDFORD relaxed and stress-free in their White Horse Boutique Labiza at Portal Nou in Dalt Vila, where we are meeting for a photo shoot with the model Sabina and photographer Ralf Uhler. Frank and Stefan have put together a few outfits. A cool Sabina poses in the upmarket clothing against a background of Dalt Vila at sunset, as surprised tourists flock around us to watch. On the coming pages you can see the fruits of this photo session and get an idea of what the current collection comprises.