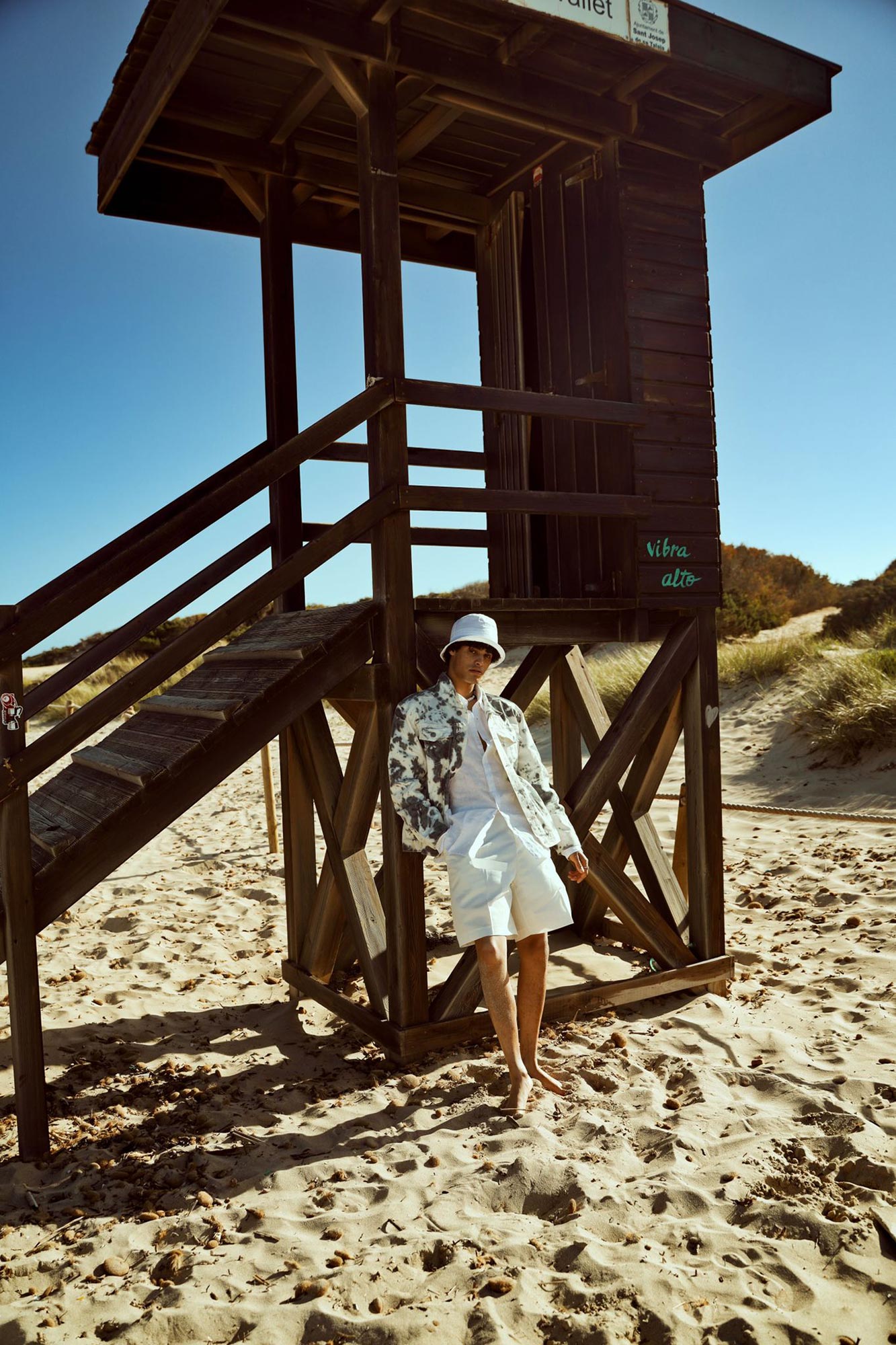 The fashion industry called out William’s name as soon as he moved to Paris. William is a 23 year old model, fairly recent on the fashion scene yet already sought after. His down to earth attitude seems to rule the space around him and makes you feel as if you’re talking to a childhood friend. His career in modelling began 6 years ago and 2 years ago he naturally evolved into a fashion influencer. Even with William’s rising popularity he continues to remain an enigmatic character.

“I moved from my parents house to Paris to be in the centre of the fashion contacts. I have a passion for modelling,” William shares with me how much he enjoys being able to put his audience in a mood and evoke a certain emotion through fashion photography.

I asked him to recall his first impressions of the island: “I first came to Ibiza to shoot a fashion campaign for Jean Paul Gaultier in winter. Honestly, I didn’t want to go, I thought, “What is there to do in winter?” William shrugs in doubt. “But of course the hotel we stayed in was incredible!” he beams,  “And the cruise campaign we shot on a yacht was spectacular. I quickly picked up on the specific vibe of Ibiza, everything slows down here and people are super friendly. ”

The colours of the landscape had a great impact on his visual content, producing images that popped off the screen, invoking all types of styling opportunities. “Ibiza has such an aesthetic colour palette, it is ever changing with the colours of the sunset and the season. Take the very basic landscape of Ibiza, the hills and the sea and you already have 50% of your shot, now you only have to create a mood, then put together a look that goes with the chosen mood and voilá!”

Even though Ibiza is an ancient island, the fashion industry is only now discovering the island as a travel destination for fashion campaign production. “The locations here make for a perfect stage set-up, creating a ready to shoot backdrop almost everywhere,” William describes the appeal of Ibiza from a photography stand point. “More models come here to work with the biggest brands and this is also attractive to many international fashion influencers.”

We brought up the subject of Ibiza party culture and how it has influenced the fashion scene. “Mainstream festivals like Coachella – brought festival fashion to Ibiza.” We laughed about how many people’s die-hard choice to follow the sound of music brings them directly to Ibiza’s dance floor from Coachella, all the while wearing crystal adorned body suits. “And that’s a true commitment to fashion!” – Will exclaims.

I asked will to describe his current visit to the island:  “On my second arrival to the island, organised by Ask Alexea, I explored how fashion and lifestyle can meet destination travel and luxury real estate,” he explained – “there are so many architectural design works of art that people live in, it only makes sense to live an art worthy lifestyle in them, dress and behave according to a depiction-worthy life.”

William continued to share how on his trip he did exactly that: stayed in multiple places, styled and directed Ibiza lifestyle inspired photoshoot:  “We started in Aguas de Ibiza Hotel in Santa Eulalia which gave us the high end luxury aesthetic in the turquoise mood and then moved onto La Pandilla in Ses Salines,” which gave the new luxury look and feel, reflected in the minimalism of natural textures and colours emanating from the materials used in the construction of the hotel. Both created a contrast against each other and gave inspired ideas on how to showcase his content, style the look and initiate engagement from his community, from which we had gained a great response.”

I wanted to know if William had discovered something new on his trip here and where he was looking forward to going next. “We visited the Crystal Mountain in the north of the island, that was a new experience for me.” Mentioning that perhaps he found the origin of Hippie Chic. “With my work I always travel, next week I shoot with Dior a new luxury luggage campaign and the week after I am with Prada.”

To summarise Williams’ vibe in a nutshell:  “Life is art and everything is here to help us express ourselves, our clothes, our words, our thoughts, our actions. To create, live and capture those aesthetic moments with your friends is rewarding in many ways. I consider my followers also my friends and am always happy to meet them in real life .”