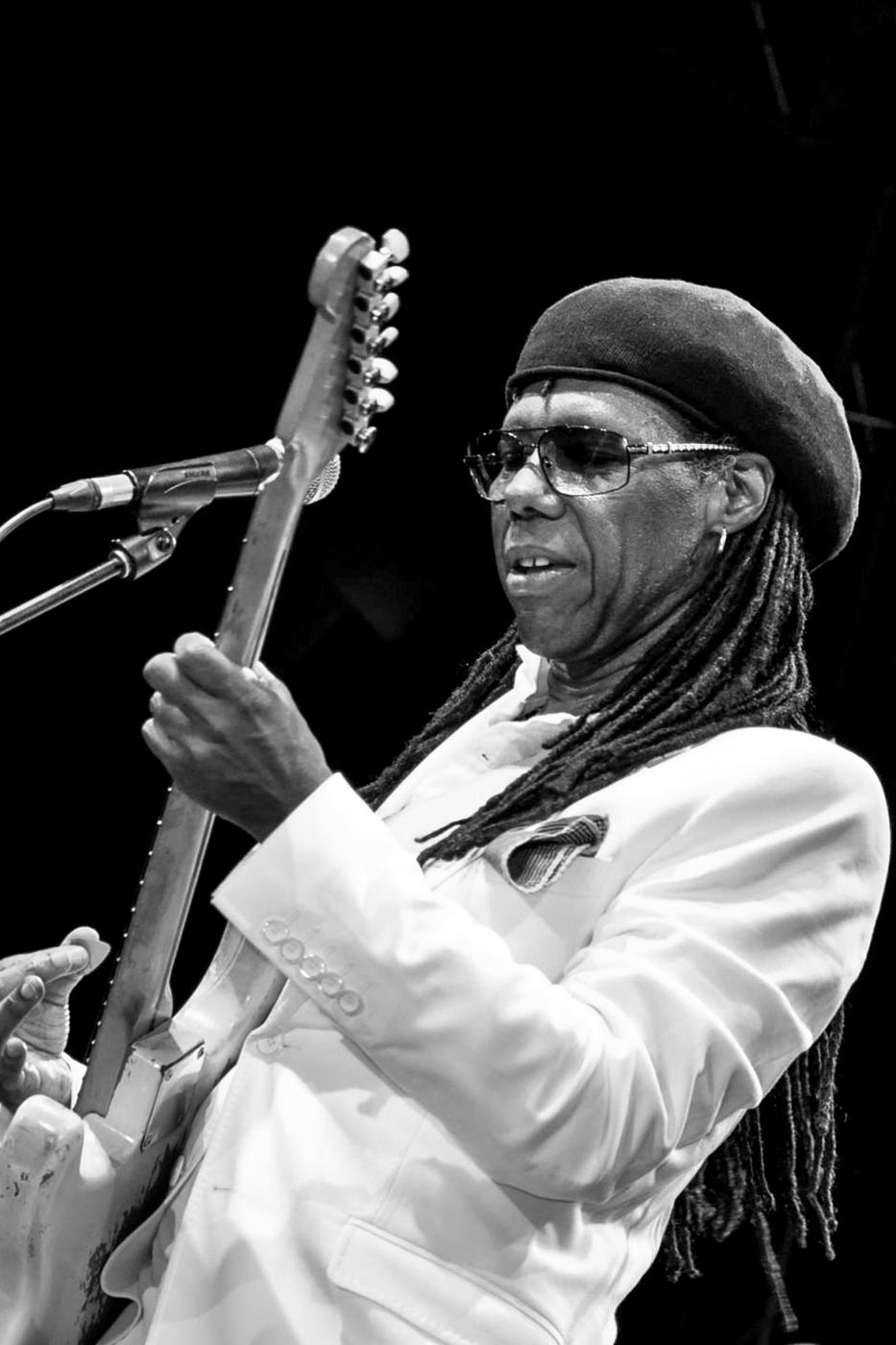 It is not widely known that super stars such as Britney Spears and Justin Timberlake first earned their spurs in the “Disney Club”. But would you have guessed that one of the most influential disco giants took his first steps on Sesame Street? In 1970 Nile Rodgers played in the studio band of U.S. children’s series “Sesame Street.” And he wasn’t alone. Bass player Bernard Edwards, with whom in subsequent years he was to form the nucleus of the legendary band Chic, also formed part of the stage show’s tour ensemble. Unbelievable but true: one of the most successful and influential collaborations in pop music had its origins surrounded by Big Bird and Grover, Ernie, Bert and Mr. Huber.

The two quickly became popular thanks to the unique way they played together, went on to found the Big Apple band and scored their first successes, for instance when they supported the Jackson Five and child prodigy Michael Jackson. When it finally turned out that there was already a band with the words Big Apple in their name somewhere else, Rogers and Edwards were forced to rename their group. Hence the birth of Chic in 1977.

And the beginning of an era. This was followed by massive hits of the calibre of “Le Freak” (awarded platinum status three times over), “Dance Dance Dance” (with its characteristic “yowser, yowser, yowser” line) or “I want your love”. Chic were not only successful as a band; under the banner “The Chic Organization” their productions brought success to other artists, for example Diana Ross, all the while further refining their sound. Although in doing so they thoroughly adapted the basis of their sound to the respective acts, their trademarks; the smooth, irresistible bass line as well as the crazy guitar lick from Rodgers’ laidback hands always remained in focus. Other classics included hits by Sheila B. Devotion (“Spacer”) and the unforgettable “We are Family” by the no-less-legendary Sister Sledge.

In the 80s, Chic’s grooves became one of the decisive rhythm blueprints for hip-hop (“Rapper’s Delight”). Rodgers also introduced David Bowie to dance with the huge success of “Let’s Dance”, produced Duran Duran, Madonna, Mick Jagger and so on and so forth – the list of big names is practically endless. Whether newcomer or superstar, experimental solo artist such as Laurie Anderson or bands as distinct as the Thompson Twins and Earth, Wind & Fire – all yearned for the man with the golden hand’s Midas touch.

In the 90 Rodgers increasingly went back to playing live while also doing more and more work on soundtracks such as “Beverly Hills Cop 3” or “The Flintstones”. In 2005, he was inducted into the “Disco Hall of Fame”; for the ” Rock and Roll Hall of Fame,” however, he needs to hold his breath a bit longer. With eight nominations in ten years Rodgers holds the record. It will be interesting to see when he’s finally admitted. Recently, however he’s had far bigger things to worry about than awards and merits.

In 2011, he was diagnosed with a particularly serious form of prostate cancer. Rodgers took on the fight against the disease and documented it in his blog “Walking on Planet C”. With brutal honesty he remarked: “Cancer is a degrading disease and I want my dignity back”. And victory in this battle was ultimately his. In July last year he tweeted the news of his recovery .

And when he wanted to turn the sound of this message into music, his most recent teamwork together with disco heirs and cultural custodians Daft Punk – the aptly titled “Get Lucky” – also became a major hit worldwide, seamlessly joining the ranks of Rodgers’ squad of monster hits. We are excited about what comes next.