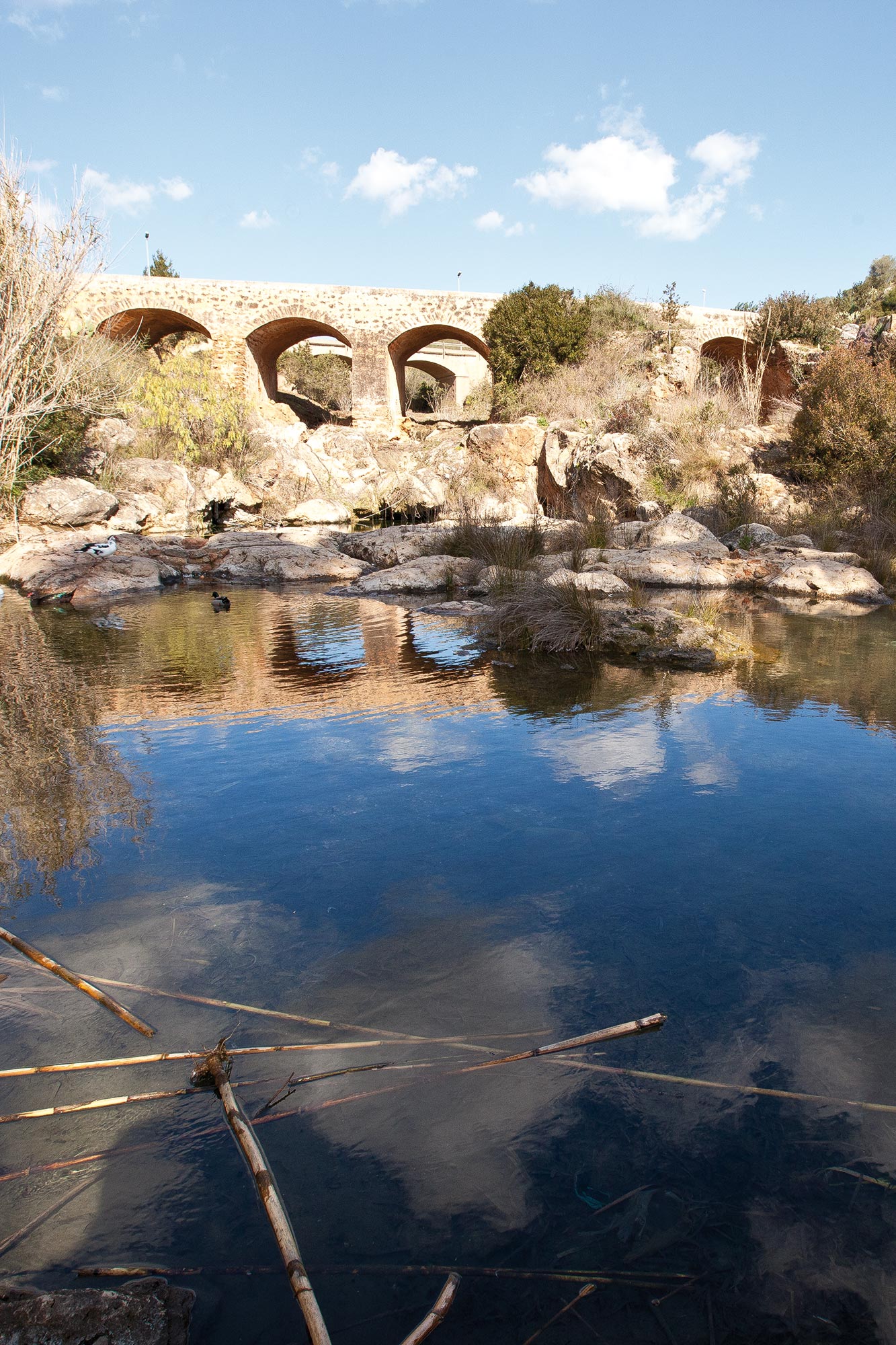 Santa Eulària des Riu is a town on a river. The fact that it is today a dry river bed is a source of amusement to some. If, however, those who mock then walk the course of the river, they will soon discover the wealth of history and cultural treasures that line its banks.

Until well into the 18th century this river was used by farmers to irrigate their fields, and it also helped the millers to keep their flour mills grinding. But with the advent of tourism, farming went into decline, because at the end of the day there was more money to be made in the hotel and restaurant business. The increase in tourist numbers led to a greater demand for water and over-exploitation of this water source. The end result was that by 1975 the river had dried up completely.

Santa Eulària town council offers the occasional guided tour, but the river landscape can easily be explored on your own. From the town hall square, your route takes you past the old spring Pou de Baix to the beach promenade with its fountain in the shape of a wind rose. At this point, Neptune grass and its value to the ecosystem of the Mediterranean can be truly appreciated. From here you move on to the old Pont Vell bridge, which an old legend states was built by the devil himself.

“According to Ibicencan mythology, you should pick a flower from under this bridge at midnight on the festival of Sant Joan (23rd/24th June) and place it in a black bottle…”

… the flower will then turn into a fameliar or goblin who will help you to master difficult tasks.

At the Can Planetes open air museum, a restored farm house displays to river walkers how farmers formerly used the river to drive the Molí de Dalt flour mill. Mills like the ones at d’Enmig, d’en marge and de Baix are thought to date back to the Al-Andalus period, between 710 and 1492. They were built in the 10th century, and finally stopped working about 50 years ago. Walkers must now ascend 56 metres to reach the next stop – Puig de Missa with its 16th century fortified church. On the way there, you can visit the Ethnographic Museum housed in the former Finca Can Ros, with its collection of traditional Ibicencan clothing and jewellery, household implements, musical instruments, weapons and personal items.

If you look from here down into the river valley, you can once again trace the course of the path.

L’horta de Santa Eulària and Al voltant del riu de Santa Elària can both be seen in the information centre at Can Planetes. These documentary films follow a script written by historian Antoni Ferrer Abárzuza.