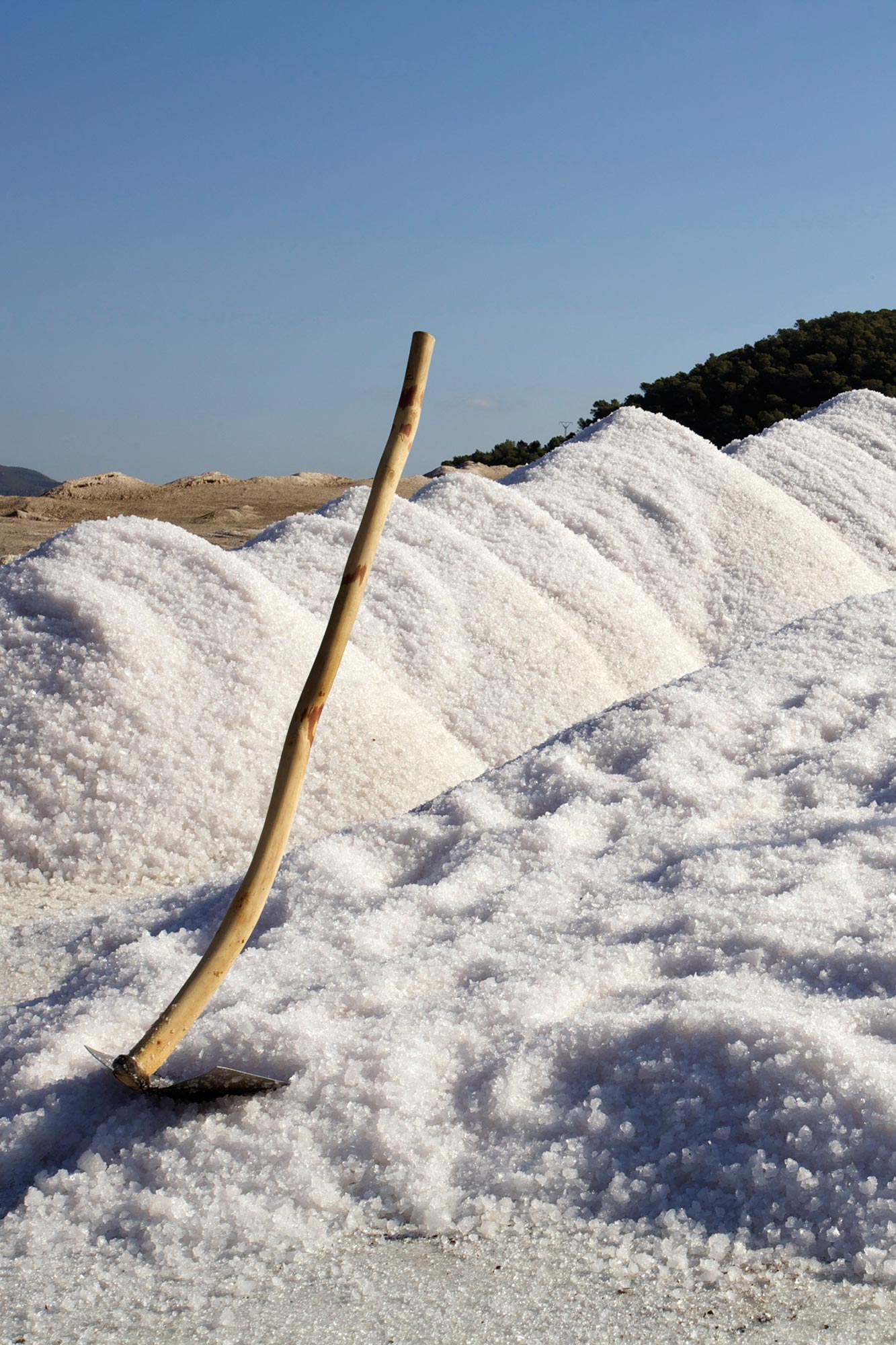 Las Salinas Nature Reserve in Ibiza and Formentera constitutes one large ecological unit that, even if it features a high degree of diversity, contains within itself climatic, geographical, landscape and other characteristics that lead it to present its own environmental conditions defining the zone.

Located between the two islands of Ibiza and Formentera, this space–along with the stretch of sea and islets that join them—makes up one of the richest, most diverse and singular natural areas in not only the Balearic Islands but even as far as the bio-geographical region of the Western Mediterranean is concerned.

This enormous biodiversity is determined, at the same time, by the diversity of environments and ecosystems existing in the area itself: salt ponds, marshes, woods, fields under cultivation, systems of sand dunes, rocky coastlines and marine cliffs, the presence of firm, sandy sea beds covered by Posidonia oceanica and islets.

In the salt flats of Ibiza and Formentera we can find the main populations of waterfowl in the Pitiusas Islands. These include species that find places to nest in the ponds and marshlands, others that take refuge from the cold of northern Europe, spending the wintertime, and still others that use the salt flats as a stopping-off point on their migratory journeys. What is more, they are joined by local birds from our fields and woods as well as seabirds.

However, in addition to the birds, there are other groups of fauna such as marine fauna which are no less important. This is the case when it comes to the populations of fishes, cetaceans—with a total of three different species of dolphin—as well as the chance to see sperm whales and minke whales, along with a large number of marine turtles, among others.

The pink colouring that is rare in natural areas and which is such a clear feature of the salt flats is found both extensively and sporadically here. Firstly, a form of bacteria known as Halobacterium covers the bottom of the ponds over the whole area. It lends this special colour to the entire area comprising the crystallising ponds. Occasionally, the same extreme conditions found in these hypersaline ponds leads them to be inhabited by a small crustacean known as Artemia salina which—owing to the low level of oxygen in the water—requires a large amount of respiratory pigments, giving it a strong reddish colouring. Curiously, the fact that the flamingos make use of this tiny shrimp or crustacean as a foodstuff is what causes their wings to turn pink. Thus the ponds are pink, the crustaceans are pink and the flamingos that fly over the ponds like flares are themselves pink.

This is the case when it comes to the islets, where practically all the terrestrial fauna is endemic and exclusive to their tiny island territory. Here we find beetles, snails and other invertebrates that have adapted to each islet as a result of their extreme degree of specialisation, coming to form a species that is particular to each one, unique in the world. Then there’s the special case of our lizards, a species that is only found in the Pitiusas Islands. Their genetic isolation, biological separation and the formation of sub-species indigenous to each islet, with different forms, sizes and colourings came about as the result of the processes of union and separation between the islets and the “mother islands” stemming from the rise and fall of the sea level between glacial eras.

Further to this and on a greater scale, in our beloved zone of salt flats we also find one of the rare local vertebrates, the Balearic shearwater or Virot. Our “little marine albatross”, is so maritime that it only returns to land each year to lay one sole egg on the park’s coasts. Or the equally endemic species, as far as the Mediterranean is concerned: Posidonia oceanica, the guardian of our beaches which, even if it belongs to the Mediterranean, represents in the waters of the Nature Reserve the main and as yet best preserved meadows of this marine plant.

The preservation of this entire environmental area and the great number of environmental assets we have mentioned so far calls for a high degree of responsibility and a very thorough approach when it comes to managing the zone given the existence of these vital natural treasures.

In April, the first edition of “LA SAL D’EIVISSA I FORMENTERA” (Surumbam Produccions) went on sale in the main book stores in Ibiza. It features photographs by Joan Costa and text by authors such as Carmelo Convalia, Antoni Ferrer Arbárzuza, Jaume Estarellas, Vicent Marí (Palermet) and Josep Colonques.

Through the camera’s lens, the Ibicencan photographer Joan Costa has captured every nuance of the salt found in Ibiza and the Salinas Nature Reserve, one of the island’s most emblematic spots. This edition is published in Spanish and Catalan. A second edition in English is planned.