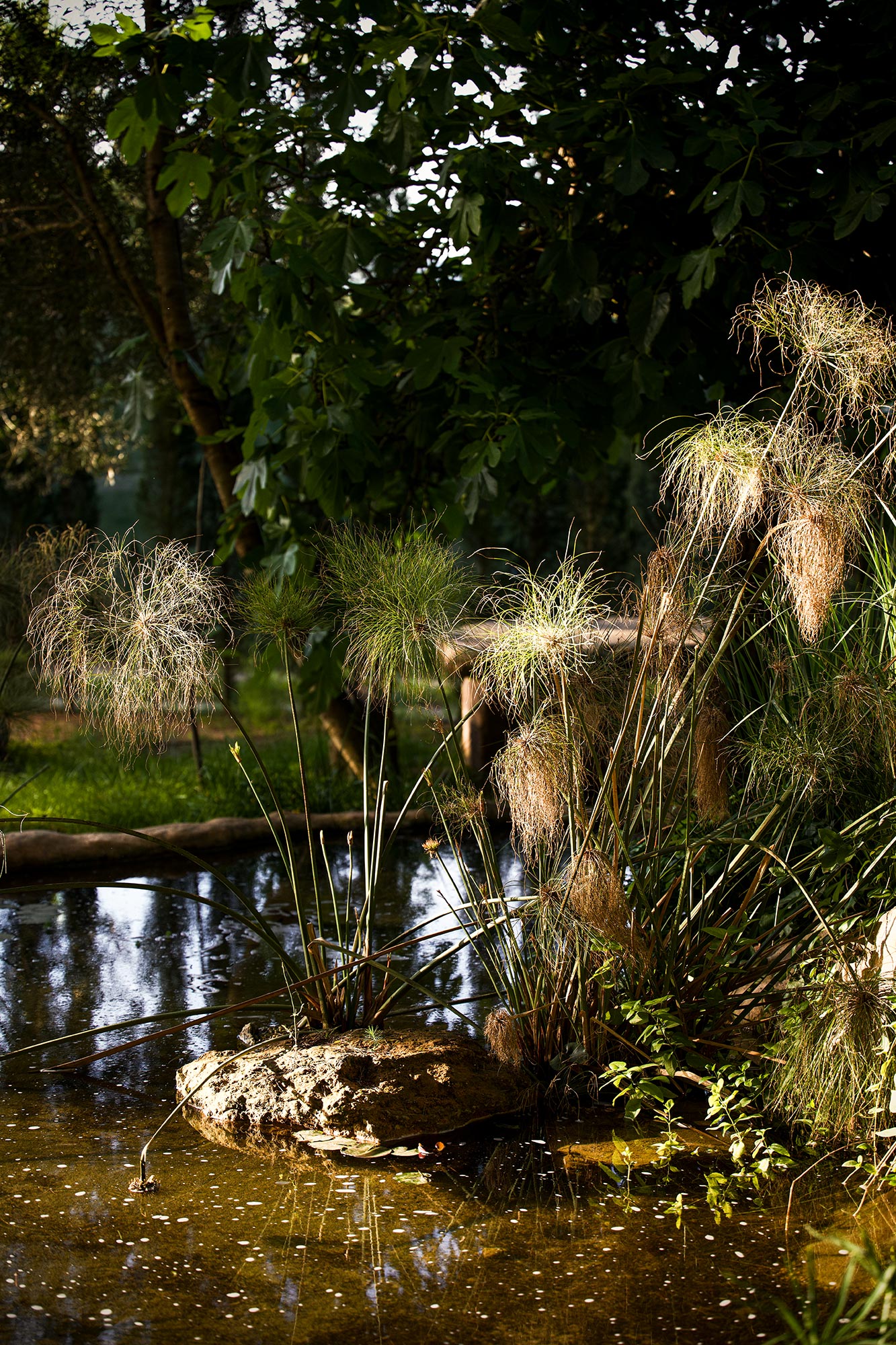 An innovative orchard in the heart of the island

Can you imagine charging your mobile phone battery in a flower pot? Or playing a sonata with music powered by plants? Would you like to understand how a photo bioreactor works, or try the purest water there is, collected directly from the skies of Ibiza? All this and much much more is possible at the Ibiza Botánico Biotecnológico (IBB). Located in San Rafael, the geographical centre of the island, this space is dedicated to the environment and the disclosure of its secrets, putting the latest in biotechnological innovation at your fingertips.

Inaugurated in 2020 in the midst of a pandemic, this beautiful botanical garden not only contains all the island’s ecosystems and habitats, but actually constitutes a unique experimental laboratory that makes it the most innovative botanical garden in Europe. Designed to preserve and reveal all the secrets of the native flora, at the IBB you find absolutely every species of Ibiza and Formentera’s flora and fauna in existence; more than 20,000 plants from 150 different species and a multitude of endemisms; unique plants that are not found anywhere else in the world. Strolling through the garden you also see many plants that are in danger of extinction or have simply disappeared from the outside world, species that the garden’s technicians have been collecting from all over the island in order to preserve them and one day, replant them. By means of a simple colour code you will be able to identify common flora, rare or endangered flora, endemisms of Ibiza and Formentera and plants that are sadly already extinct from our natural habitats.

Along with the botanical habitats, the park also shows you the complete reproduction of a salt mine, where you can learn about what was once Ibiza’s most important industry for thousands of years. Formerly known as “white gold”, salt has always been linked to the history of the island, ever since the creation of the first salt mines in Phoenician times in the 8th century BC. It has since been the island’s main economic driving force until the arrival of tourism. Another indisputable symbol of the island, the pitiusa lizard (Podarcis pityusensis) is also present at the IBB, where you can discover the reason behind its different colours. The traditional Ibizan beehives are also on show, another legacy of the Phoenicians.

At the IBB you can learn how a photo bioreactor works, a surprising ally against pollution conceived by the company Algaenergy. Using only sunlight, the photo bioreactor allows the cultivation of Schenedesmus micro algae which constitutes an exceptional agricultural fertilizer, while also consuming a large amount of CO2 with the process: up to 2 kg of CO2 are eliminated from the atmosphere for each kilogram of micro algae harvested. It’s a revolutionary invention that allows you to reduce your carbon footprint while composting the soil, and all this using only sunlight.

The park houses the first plant piano in the world, developed by the Spanish company Bioo. This piano allows you to enjoy a unique experience, interacting with living plants that function as biological antennas, producing light and sound when they come into contact with your electromagnetic field. It’s something rather magical that you simply have to try.

Bioo is also the creator of an innovative panel that shows how five smart pots can store the electricity produced by organic matter in the soil in a biological battery. With this you can charge your mobile phone, a visionary invention that allows us to glimpse a future in which cities can function simply thanks to biology.

Another surprising invention that you can discover at the IBB are the atmospheric water generators which produce drinking water of the highest quality and purity, with very low mineralization and free of biological contamination and chlorine. Suitable for human consumption, this pure water is extracted directly from the skies of Ibiza.

The IBB also has a complete collection of bonsai, with both native and foreign species, an eco-store located under an imposing wooden geodesic dome and the Botanic Bar, where you can try, among other things, an original aloe vera-based mojito.

In addition, stimulating activities are organized at the IBB throughout the summer season, such as presentations, film screenings, workshops and concerts under the stars.

The Ibiza Botánico Biotecnológico is located at kilometre 7.5 of the Ibiza to San Antonio road, just on the right after crossing the San Rafael tunnel, open from Tuesday to Sunday during the summer between 10 a.m. to 8 p.m.

Discover a different type of tourism and get to know the immense natural wealth that the island has to offer, along with the latest advances in biotechnology in a beautiful unique space.