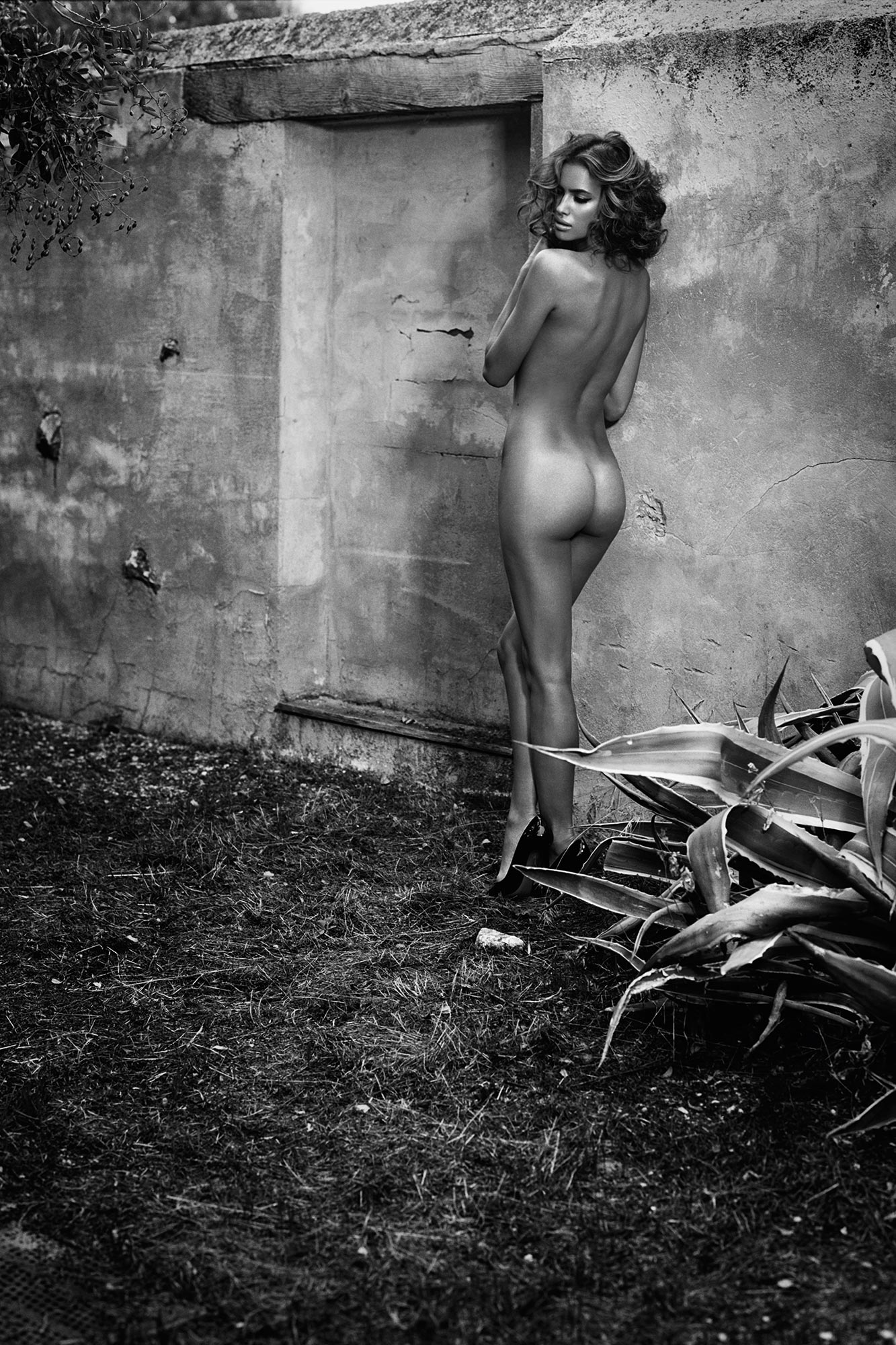 “Locked in the arms of a beautiful life”, was the title of Vincent Peters’ first exhibition in Berlin at the start of 2012 – “caught in the arms of a beautiful life.” The star photographer knows about both the temptations and (gagging) of life in the glamorous public eye – and so early on he created a way out, a kind of distance so that he wouldn’t sink into this wonderful life, this rosy cloud: his camera!  A few years ago the darling of celebrities put down roots in Ibiza. Reason enough for Style magazine to meet up with the “creative eye” over a goat’s cheese and fresh fig salad at his favourite restaurant, La Paloma.

If we ever had anything against handsome, successful celebrity photographers who could as easily earn their living in front of the camera as a model or actor: after a two-hour lunch with Vincent Peters, we are not only (as before) a fan of his superb work, but also admirers of a man who deeply impressed us with his love of old neo-realist films such as “Bicycle Thieves” or the New French Wave, his rhapsodising over the Italian approach to beauty and turning to a life of simplicity.

It’s an enthusiasm shared by the top stars from the world of business and entertainment: Monica Belucci, Charlize Theron, Laetita Casta, Emma Watson or even star striker David Beckham have undressed for him, sprawled or even smeared themselves with Worcestershire sauce while letting him look deeply into their souls.

At the start of his career this native of Bremen didn’t even know himself where he wanted to go. However, kitted out with a camera and some cash from his mother – who was herself creative – he went to New York in his early 20s: education or vocational training finished, or really good contacts? Wrong! Hard work and a little luck got him his first assignments for a number of glossy magazines including the Italian Amica as well as the Italian edition of Vogue, a magazine that even today remains one of his most loyal commissioners. “What do the Italians love so much about your work?” we ask the 44 year old. He just laughs: “I love the Italians, their notion of beauty, Italian films”. This adoration is something you can feel in his work and style: it is a mixture of neo-classicism – without suppressing the vividness of the images – and the joy of experimentation – colour is however used only subtly. “Even when I’m really holding back on the set: I am the director of the picture. In the end, I am responsible for how the person who sees the picture perceives the resulting image”. The fact that a great deal of his personality flows into his work is quite normal for this creative person: “You learn a lot about yourself by doing what you do”.

In conversation with Peters it is simple, straightforward sentences such as these that resonate so deeply, making such an impression. The man in front of whom Maria Carey bared almost all and who has been known to turn down a shoot with Sharon Stone in LA because he’s hanging out in Ibiza at that moment. He is one of the greats precisely because he never set out to be great. In addition, there’s a certain, perhaps North German stubbornness which manifests itself in his having stayed true to his own style up until today (something that’s almost wicked in the fast moving art scene), or even just in the fact that he still shoots with film and not digitally . “It can be difficult sometimes – you are in urgent need of an assistant but you can no longer find anyone who knows how to put a film in the camera.”

“My work was and is a work in progress. I started out more like in painting. Completely through staged images with little movement. Nowadays I experiment more: I’m closer to film. I let models move about more, even outside the light cone. Today the image often comes about by chance”.

If you’re looking for signs of luxury in the lifestyle of the highly sporty Peters, you’ll search in vain: a lifestyle of excess is alien to him. Opting for an almost 150-year old finca in Ibiza and not a stylish loft in New York came easily to him. “My idea of luxury is to let my hair down here in Ibiza, to let go of a life that is planned down to the last detail where every minute on set counts, in which 50 people have got to rely on one another to ensure that the hair, make-up and design are all 100 percent right, where the question of whether the pants have buttons or zippers is critical!” And talking of zippers, Peters says with a grin, in Ibiza they’re occasionally left open….