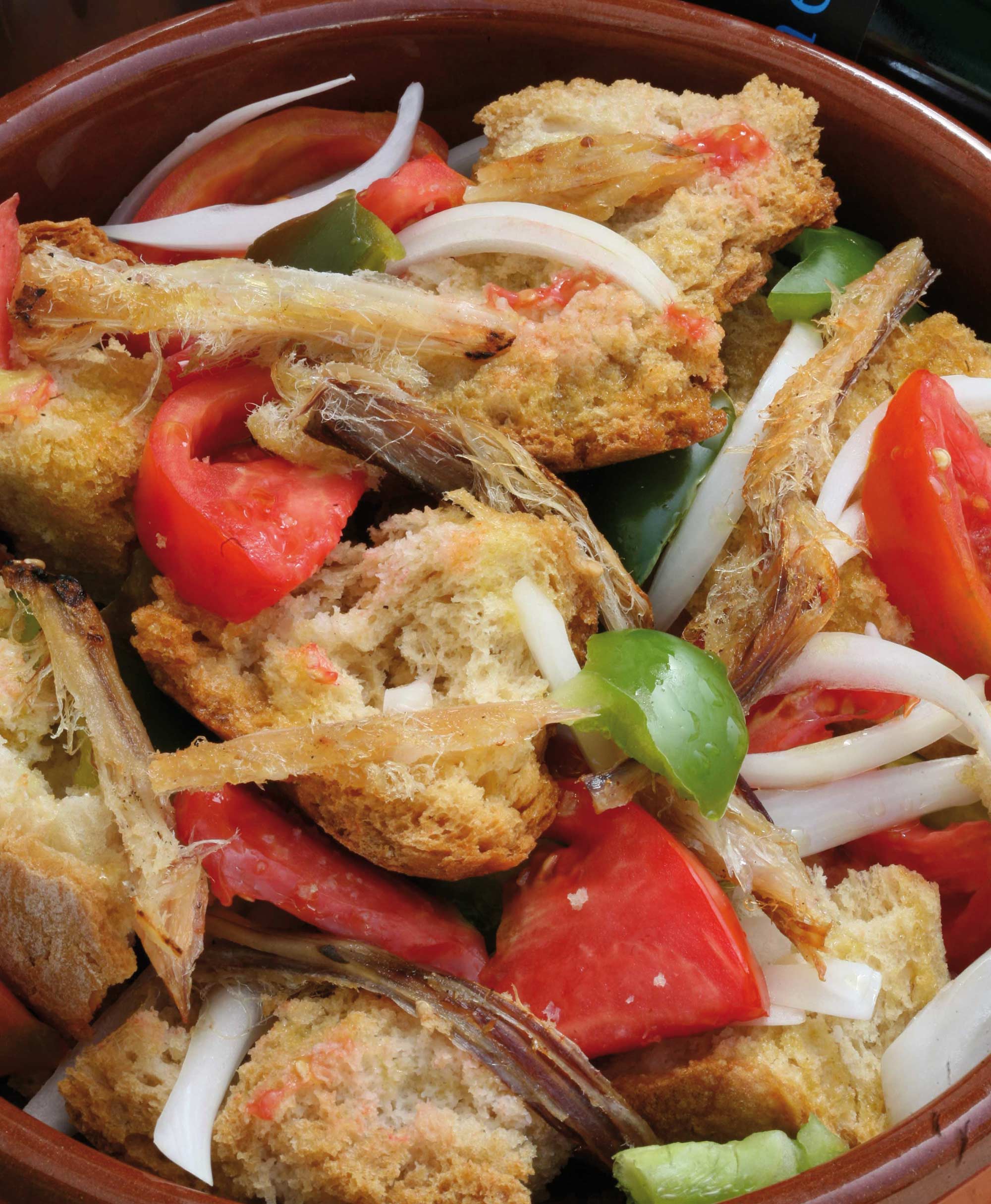 For a long time, the gastronomy of the Pitiusas fought for recognition beyond the narrow confines of its geographical boundaries. The cuisine of Ibiza and Formentera was considered to be simple, plain and poor – that is until now. The meagre resources harvested from agriculture, livestock and the sea were used to their best advantage. Islanders gleaned the best from the earth and the sea, and ate from sheer necessity, with no concession to sinful pleasures for mind and body. Almost no-one bothered to present local dishes to paying guests. Only Joan Castelló Guasch in the mid 1950s and Juan Francisco Poyatos Olive some twenty years ago dared to turn their attention to the modest but inventive and delicious simple fare that was created from so little.

But times have changed. Today, the Pitiusas have a remarkable reputation amongst professional cooks, both on the Islands and beyond. Customers, residents and tourists all value the delicious dishes with their particular characteristics. There is one thing that we must not forget in this context: we are able to draw on the immense resource of ethnic and cultural traditions here in the western Mediterranean, with a particularly strong influence coming from the Catalan and North African peoples. The recipes that have emerged are not only delicious but healthy.

A newly published book is not only the most comprehensive cookery book of Pitiusas cuisine ever produced but, at last, also gives Island cuisine the recognition that it deserves and the place of honour that it has earned both nationally and internationally. We are talking about ‘Eivissa i Formentera, la cuina pas a pas’, a cookery book written by brother and sister, Joana and José Manuel Piña. Our very own IBIZA & FORMENTERA STYLE photographer, Vicent Marí, is responsible for the magnificent photographs. The book contains 80 everyday recipes from our grandmothers’ time, all designed to suit today’s tastes and to be wolfed down in private or dished up on more splendid occasions. It has nothing to do with experimentation or the cooking revolution but is all about bringing together the local diversity of the different Island districts and celebrating their shared history at the same time: for example, the delicious nadal sauce is not prepared the same way in every village; in Santa Eulària and Sant Joan de Labritja it is produced using meat stock, whereas the residents of St Augustin and St Josef prefer to make the sauce without adding any animal products. No one dish is better than the other, they are just different.

The book is published by Balàfia Postals and the Institut d’Estudis Baleàrics and, as Vicent Marí tells us enthusiastically, “it was written bit by bit, with no haste and with lots of love.” In the book, he was able to illustrate recipes from his mother María Marí who cooked at the Bar Rafal in the La Marina district. She was also responsible for 90% of the suggestions for recipes to be included in the book. Alongside starters, elaborate rice dishes, hearty meat and fish dishes and the best side dishes, the book contains desserts such as flaó (that king of all puddings), greixonera, buñuelos doughnuts and orelletes. It’s enough to make your mouth water.

Two sentences by the authors of the cookery book perfectly sum up their aims in producing ‘Eivissa i Formentera, la cuina pas a pas’: according to José Manuel Piña, journalist on the Diario de Ibiza, “every cook is more of an engineer than an artist.” What wise words, as you have to get the quantities right and combine the ingredients intelligently without being tempted down the same route as modern laboratory cooks and into the widespread habit of excess. Not everyone can boast of being a master chef or can guarantee that their guisat de peix (fish stew) or their cuinat (vegetable stew) at Easter will always work. You have to handle your saucepans, frying pans and ovens reliably and consistently with technical ability. “Cooking is another way of communicating,” adds Joana, co-author of the book. Eating means happiness in every bite. The way to a man’s (or woman’s!) heart is through his (her) stomach. Who could ever doubt it?

Soak the chick peas, fava beans and lupin beans separately overnight. The next day, drain them well and throw away the soaking water. Cook the pulses separately in fresh water in three saucepans until tender.

Cook the mangold separately from the rest of the vegetables until tender and throw away the cooking water. Build up layers of vegetables and pulses in turn until the saucepan is full. Add the chopped tomatoes, onions, garlic, herbs, olive oil and peppermint leaves to the layers as you go along. When the layers are complete, add water, but do not cover the contents of the pot completely. Place on the stove and simmer gently over a low heat until cooked. From time to time, shake the saucepan so that the contents do not stick and burn. Take particular care when stirring not to mix up the layers.

One of the vegetables used in Ibiza and Formentera to prepare this dish is wild campion which grows on the Islands during Lent. We do not recommend making this dish unless you have this wild herb. For many families this dish replaced fish, as the Catholic Church forbids the consumption of meat during Lent and in the past for many people fish was a luxury they could not afford. This dish is particularly popular on Good Friday.

Beat the eggs and sugar together. Gradually add the ground vanilla, aniseed essence and seeds, grated lemon rind and the melted dripping. Make sure everything is thoroughly combined. Finally add the baking powder and flour. The orange juice may be added at this time if the dough is too firm. Divide the dough into small portions, depending on how many spiced biscuits you want. Shape each biscuit so that it resembles a human ear. Heat a generous quantity of oil in a frying pan and fry the ‘little ears’ in it. Place the cooked orelletes on paper towel, and then on a wire tray and sprinkle with sugar.

Edible grade talcum powder and aniseed essence are available from a pharmacy. You can replace the aniseed essence with aniseed liquor. We recommend using sunflower oil for frying the orelletes in, as olive oil gives too strong a taste. The orelletes should be fried in very hot oil, one after the other.

In the past, these biscuits were only made for special occasions, such as weddings, First Communions, christenings and village saint’s days. Now they are eaten all year round, but they are still an important part of any party or local festivity.