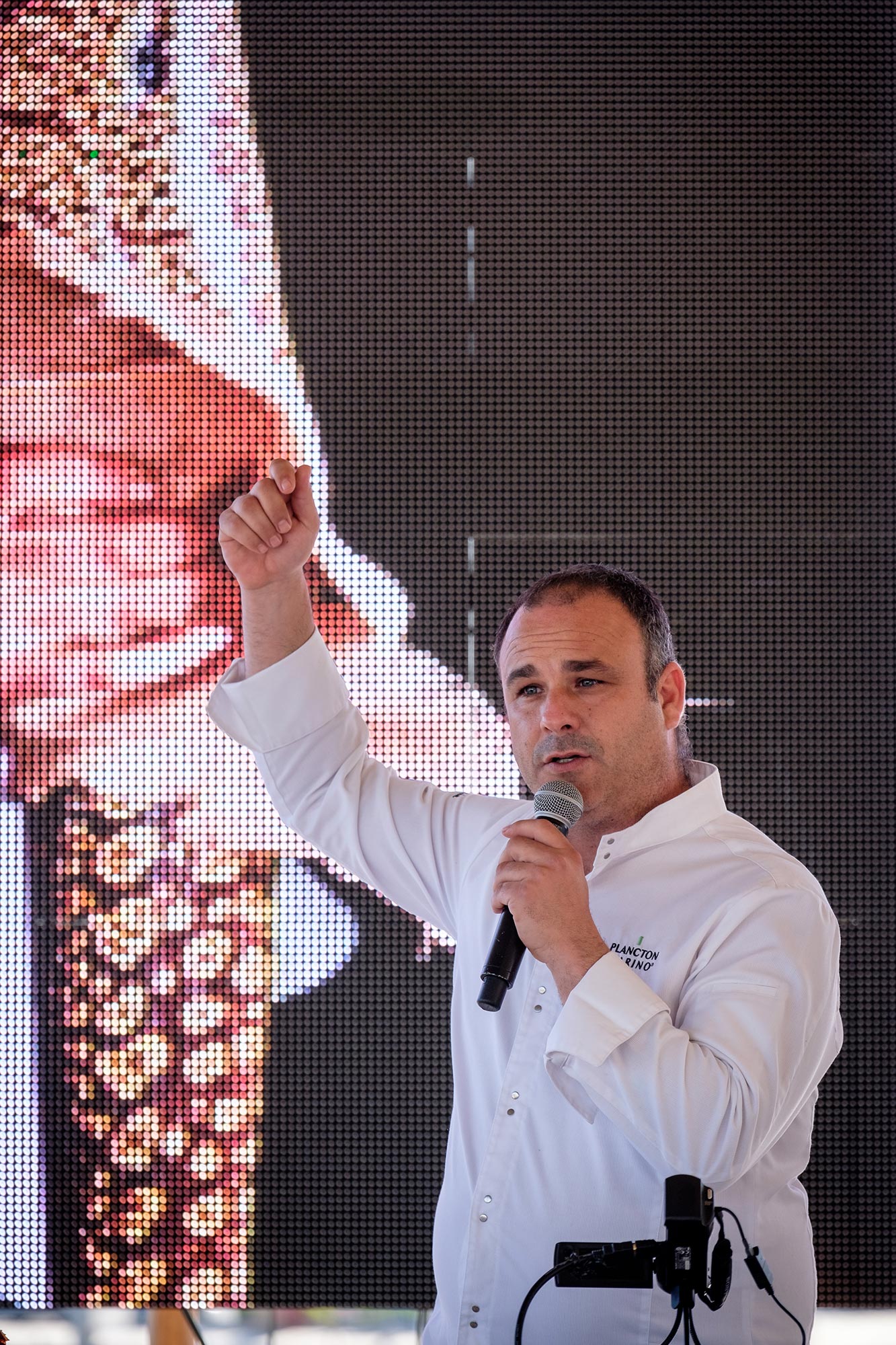 Ángel León – The sea chef disembarks on the island this summer

Cooking the sea has always been the ambition of Ángel León, a passionate visionary who continues going out with the fishermen provided that his many obligations allow him to do so: “In my restaurant, the suppliers are everything”. A defender of taking the enormous marine biodiversity to our plates and ennobling those fish that tend to be forgotten, this culinary genius is the inventor of the iconic stuffed marine sausages thanks to the excess of mullet fat, the discoverer of plankton as an ingredient, the creator of marine cheeses or surprising breads enclosed in the shells of crustaceans. What is more, he is also famous for bringing the bioluminescence of some marine species to his dishes: “Every day, we turn off the lights in the restaurant and customers see the light coming out of the kitchen: it is a truly magical moment”.

Nothing less than a revolutionary in gastronomy, and an untiring researcher of the marine world’s treasures, he has received a multitude of acknowledgements such as the National Gastronomy Prize and three Michelin stars for his restaurant, Aponiente, and one more for Alevante, both in Cádiz. On his recent visit to Ibiza, the man known as “the sea chef” bewitched those attending the III Forum of Mediterranean Gastronomy with his never-ending inventions. From June onwards, we will be able to find out more about his philosophy since he is opening a pop-up restaurant at ME Ibiza Hotel in Santa Eulalia.

Radio Rooftop Bar & Ángel León is an innovative gastronomic space located on the spectacular, panoramic terrace of the luxury ME Ibiza, where we will be able to sample some of his more celebrated creations: Dishes such as his famous risotto with plankton, his mackerel sausage or a marine plankton coca (a savoury pastry). A menu full of exotic, tremendously original proposals that maintain the essence of his cuisine (with a few nods to the island’s gastronomy) that you will be able to enjoy every day at sunset through to the end of the season. An obligatory stop for any foodie passing through Ibiza.