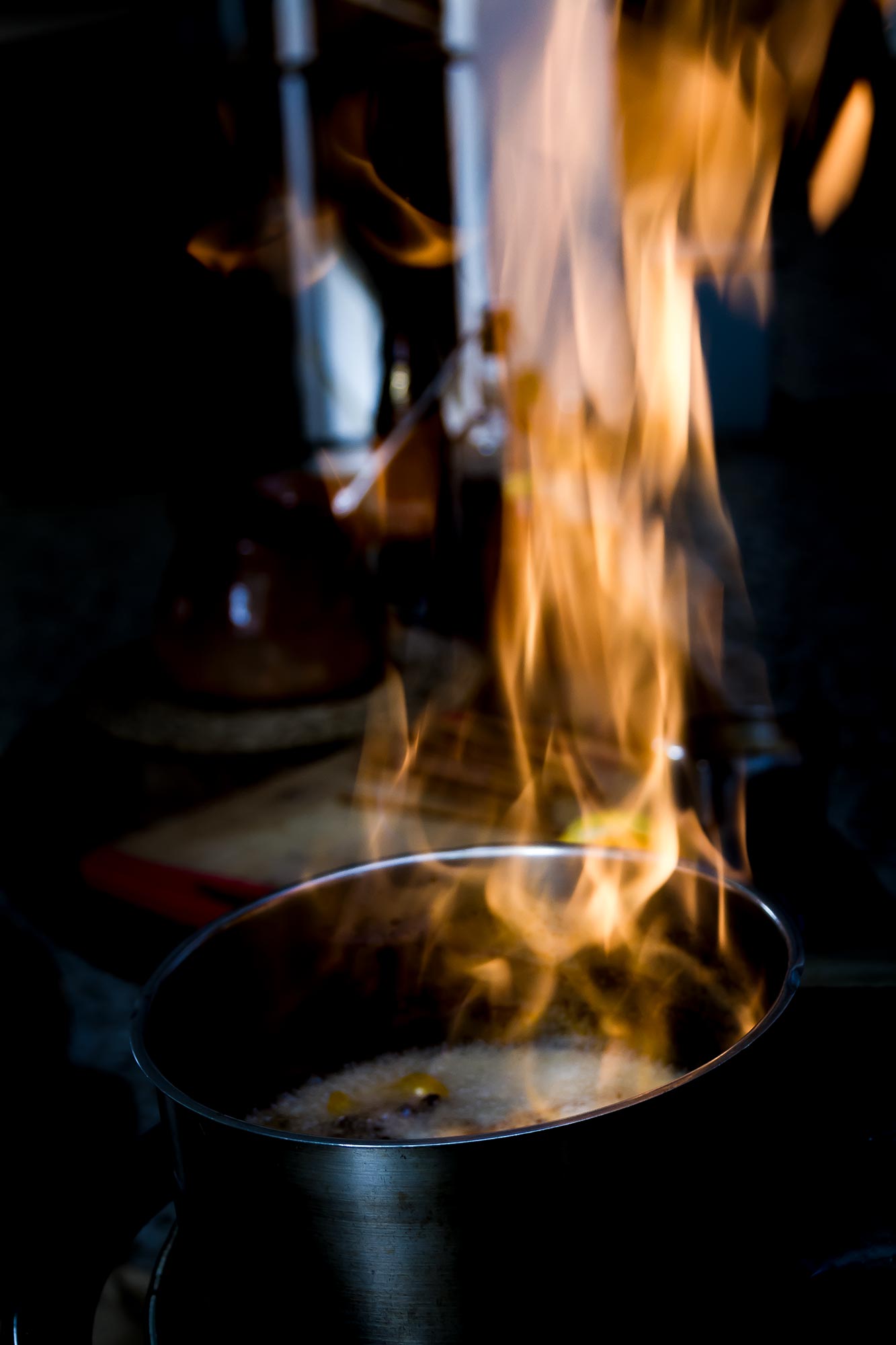 Ibiza, like many places, has it’s own take on coffee and it’s called Café Caleta. It also has an established toasting house called Cafés Ibiza. This family business has been running since 1958 when it was situated in the Barrio de la Marina. Here, they started out using a toaster ball with a capacity of only 10kg coffee. Today they proudly serve in a year over 18 million cups of coffee on the island!

Ibiza today is a very different place than it was just a generation ago during the 40’s and 50’s. During this time the economic situation of the island was of absolute misery and scarcity and coffee, like many other commodities was restricted and controlled. To solve the problems of insufficient coffee, the former owner and founder of Cafés Ibiza, Vicente Tur had to buy bags of smuggled green coffee beans.

When the state supplied coffee had run out, Vicente had to find a boat that carried merchandise and sailed close to the coast of Ibiza. Barges would leave Ibiza at night and sail to the merchant ships where the buying and selling of restricted goods would take place under a starry sky. The smuggled goods would be hidden around Ses Salinas or Playa Es Codolar for retrieval later, often by ladies in traditional costume who would hide the bounty under their dresses.

So how did Café Caleta come into existence and did the smuggling of coffee influence or create the recipe?

There are many myths and anecdotes of the origins of the recipe for Café Caleta, all believable and unbelievable! Some say that the drink was born from the smugglers, enjoying an alcoholic pick me up late at night whilst waiting to smuggle coffee. Another legend, which I wrote in my book, is that the fishermen of the bay of Sa Caleta would invite the monks from the nearby monastery at Es Cubells to come and join them as they cooked their catch of the day. Wine was consumed with the meal by the fishermen, but not by the monks. So the fishermen devised a way of introducing the monks to alcohol without them knowing, and café Caleta was born!

Whatever the origins of this delicious after dinner drink, it is well worth the effort to make it, and there really is no other way than to make it than with Café’s Ibiza coffee. Still being toasted on the island as it has been for decades.

You can also find it theatrically served at the table in some restaurants on the island. The result is delicious, entertaining and very easy to make.

Boil the water, add the coffee and turn off the heat.

Leave to infuse for 8 minutes.

During this time:
Mix the brandy, rum, sugar, orange and lemon peel, cinnamon and coffee beans in a saucepan. Bring to the boil and dissolve the sugar, boil for around 3 minutes.

Filter the coffee liquid into a jug.

At the table, set fire to the warm mix of alcohol, sugar and aromatics and flame for a minute or so.

Scoop and pour the flaming mix and then add the coffee, mix and serve.