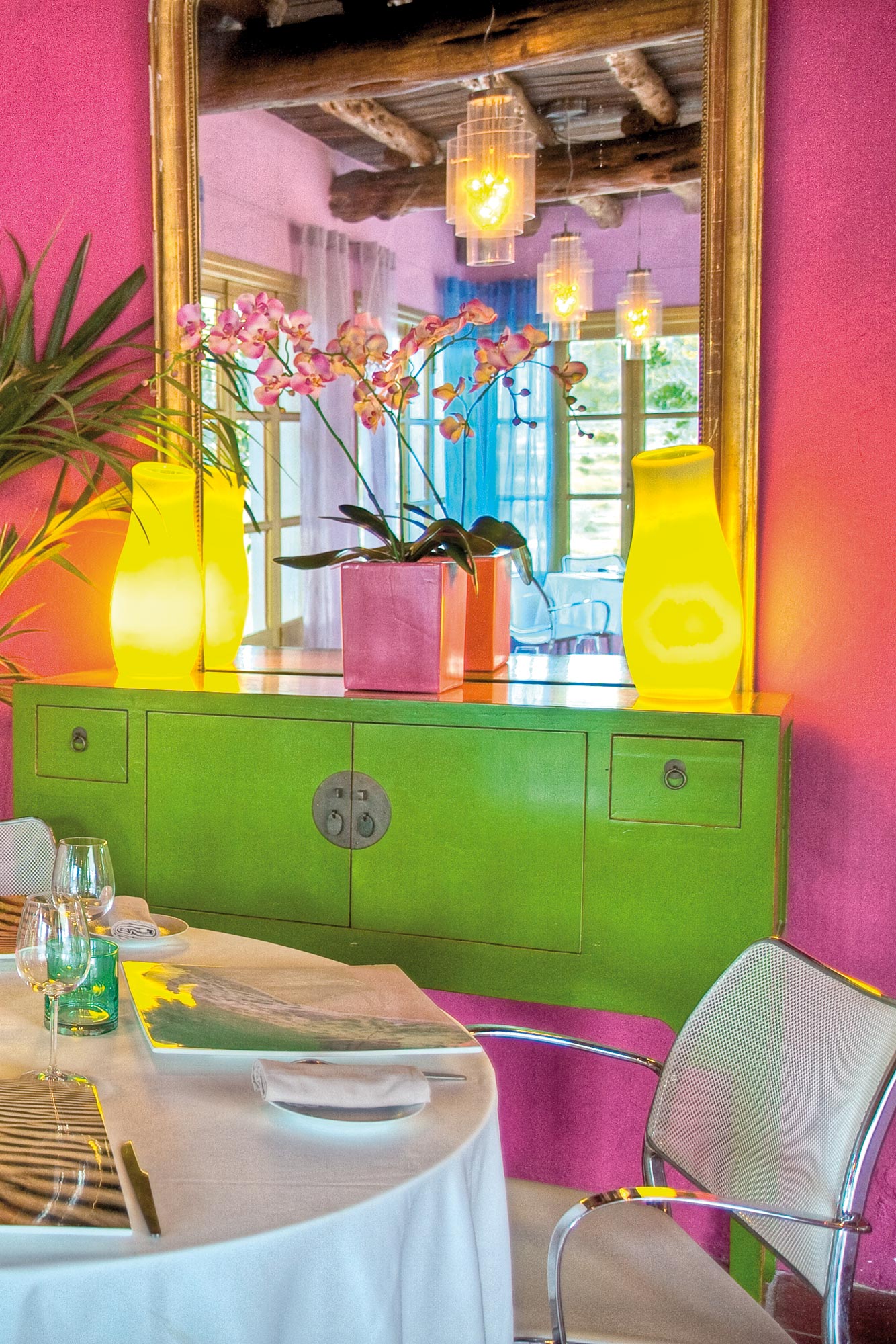 In my opinion Can Domingo is one of the ‘Top Ten’ restaurants on the Island but this may well count as an insider tip as so few other people seem aware of the fact. Approaching Sant Josep from the direction of Ibiza Town you will see a sign on the left-hand side. Turn off here and follow an unmade road for 2km until you reach a finca-style building.

This is where Jean Baptiste Guichesseux has been slaving over the hob for the last two years after first refining his skills during a four-year stint at Ducasse in Paris. He may well have learnt a few tricks there but over time he has developed his own style, a mix of tradition, creativity and modernity, but always honest and transparent. He firmly believes that it is a mistake to interfere with the taste of the ingredients to the point where they are no longer recognisable. He has too much respect for the produce he uses to fall into that trap. Everything must be fresh and prepared immediately prior to being served. In charge of service is his wife Dagmar and she has always taken an active interest in the design of the garden and the finca’s interior. The style – a harmonious blend of modern features with old masonry – is in keeping with Jean Bapist’s own traditional/modern philosophy of cooking.

It was particularly pleasing to note that they have recently started to offer a wine from their extensive and well-chosen list to suit every dish.

Moreover, connoisseurs will find exclusive wines from all around the world specially imported by Jean Baptiste himself: this means he can offer them at very favourable prices. On the menu you will find both Mediterranean as well as ‘intercontinental’ dishes because Jean Baptiste likes to open up new cultural horizons to broaden the palate of his guests – after all, this is multicultural Ibiza. A perfect example is the tuna tartar accompanied by a sabayon of fresh asparagus with almond gaspacho washed down with a fine Albariño.

During the summer, the kitchen is predominantly Mediterranean, but in the winter the emphasis is more on French dishes. This gourmet experience is complemented by the well balanced wine list of some 100 fine Spanish and French labels. And then there are Jean Baptiste’s desserts – ooh la la! It is worth travelling the length and breadth of the Island to experience this truly authentic top cuisine.