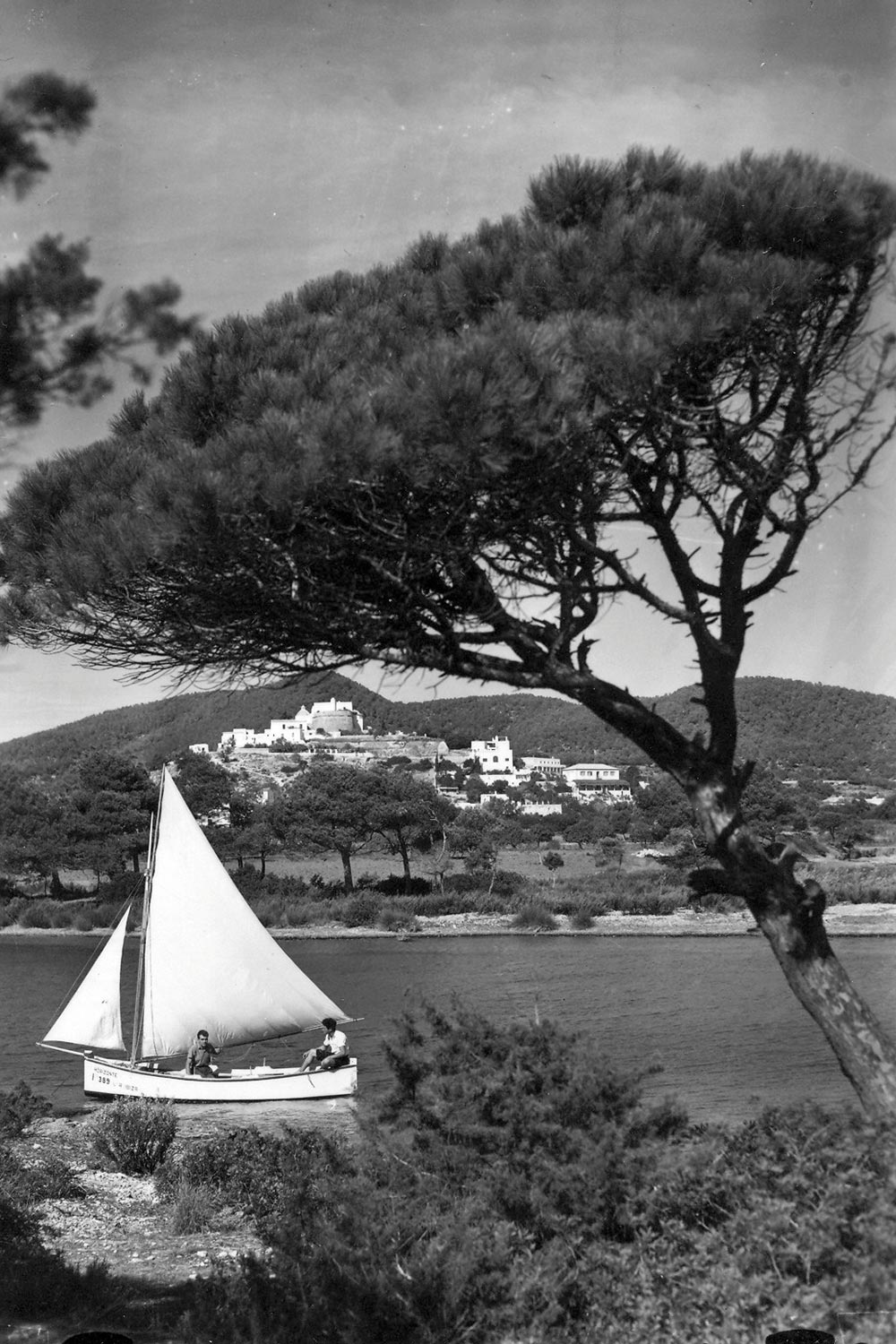 Recovery of the valuable documentary legacy of Domingo Viñets has been possible thanks to Eivissa Municipal Archive of Image and Sound (AISME), where a good part of the extensive collection of photographs and postcards is kept, made up of hundreds of snapshots taken by the illustrious Catalan immigrant. Eivissa Town Hall has published a catalogue which brings together many of his works, both of the town and other places on the island, in particular, Santa Eulària del Riu and Sant Antoni de Portmany. Formentera also appears among the pages of this interesting book, which reflects the great changes the Pitiusas Islands have undergone since the end of the 1920s. It’s palpable testimony to the development, at times savage, of the tourist industry. And, of course, it does not overlook the popular culture and regionalism of a society that had scarcely evolved until the arrival of visitors in search of a slice of Paradise in the Mediterranean. Nice and cheap. At that time it still was.

But, who was Domingo Viñets? Born in Gurb, a province of Barcelona, in 1893, he travelled to Eivissa while very young, in 1915, for reasons of health. Here he found the necessary peace and quiet and the right climate to convalesce. And he got well again. He put down roots and in no time at all opened a jeweller’s shop in ‘carrer de ses farmàcies’, the name by which calle Anníbal is known, one of the old town’s most emblematic streets. Nonetheless, working life wasn’t enough for him. He became interested in photography and soon joined up with Narcís Puget, a well-known professional of the period. A talented observer who was captivated by the beauty of his adopted home was to emerge from this intense partnership. Over the course of four decades he portrayed spots and whole neighbourhoods of the area where he lived, above all, the port, the Marina, sa Penya, the walled quarter and Poble Nou. He even took the first known aerial photograph of Ibiza Town in 1929 by taking advantage of military manoeuvres on the beach of es Codolar to which King Alfonso XIII came in person. He went around the island’s interior and gave expression to its inhabitants. He understood and took on board the emerging force of tourism. Skillful and ever curious, he showed hotels, hostels and businesses dedicated to the economy of their future, our present. He uncovered an undeniable reality. We are, without a doubt, looking at one of the forerunners of the advertising campaigns and promotional leaflets. Indeed, he worked for the Department of Tourism.

A merciful and generous man of the whole school, Domingo Viñets cultivated other virtues, as well as photography and publishing postcards. During Christmas holidays, when such details were most appreciated, he used to give away toys to children in need. His work was put into practice by the nuns’ school of San Vicente de Paúl. On Sundays, after Mass, he would visit poor families in sa Penya, one of his favourite places. He was devout and altruistic. The father of four children, he had a beautiful villa built, Villa Rosa, in honour of his wife, Rosaura. As we have already implied, he loved Eivissa deeply, its inhabitants and natural surroundings, the sea, the countryside, the sky, the light: «No sooner had he gone round the breakwater than he fell under the island’s spell. And he settled down among us for good”, recalls Fanny Tur, assistant director of the Ramon Llull Institute and author of the book. She pays homage to this superb photographer who didn’t simply look at landscapes as a way to make money but rather viewed them with admiration and complicity.