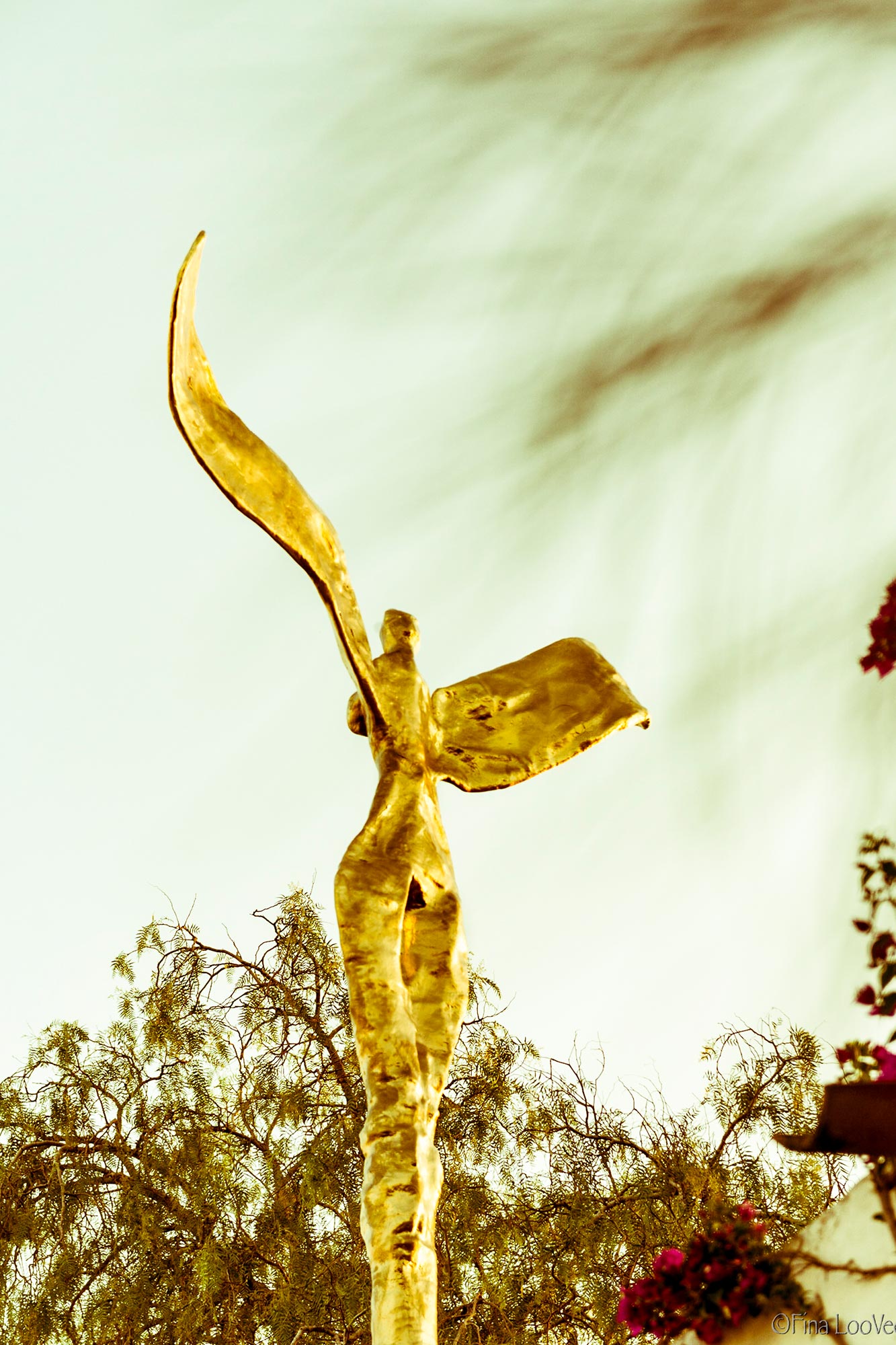 It is proving to be one of the outstanding novelties of the season. The legendary El Clodenis, the emblematic venue of the 90s that characterised an entire era in end-of-the-century cooking in Ibiza, has reopened completely refurbished with a new atmosphere, new decoration and a new concept: a gastronomic pop up that is going to be operational for only 100 days.

Ever since it opened on June 16 with a lively party attended by friends, customers and VIPs from the island’s social and cultural life, the traditional Ibicencan house dating back to1825 has turned into a meeting place that is not only gastronomic, but also artistic. There is no question that these two aspects have led it to become one of the most singular venues in the Pitiusas Islands.

The historic island building with its colonial patios (the result of the involvement of its previous owner, a Cuban architect who arrived here fleeing Castro’s revolution), the beautiful garden with centuries-old olive trees, the sandstone walls and the relaxing pool are the backdrop against which every night a culinary, artistic and musical performance takes place. It’s a magical space where nothing is left up to chance. Surround lights, sensual candles, soft carpets, comfortable cushions, flowers…it’s a very special atmosphere conceived so that every night is unique. The setting is just a pretext. People come here for a gastronomic experience that begins right from the entrance, when the staff at El Clodenis invites you to enter the mezcalería where you can sample the widest range of mezcals in Europe (to be drunk on their own or in unconventional cocktails), accompanied by oysters, ceviches and aguachiles (spicy shrimp ceviche) with notable personality. It’s just a taste for what is about to take place at the table. A young team is in charge of preparing a cosmopolitan, itinerant menu that journeys through flavours and techniques from all over the world, designed for a national and international public. Dishes with fresh and authentic flavours that are interpreted with innovative concepts and techniques that will not leave anyone indifferent.

That avant-garde spirit is also applied to another aspect without which this reborn Clodenis could not be imagined: that of art and music. As a platform of radical experimentation it serves as the setting for a group of artists, authentic researchers who are updating the contemporary creative panorama. As far as visual effects are concerned, both with reference to experimental cinema as well as video art and documentaries, throughout the summer it will feature leading figures from audiovisual culture that, for one month now, have been exhibiting their works in three-dimensional installations of an interactive kind, in what is known as mapping.

In this unique space, music plays an undeniably leading role. That’s because the club is, in itself, a go-to place on the island. Well-known graphic artists such as Antón Uani, a Spaniard based in Berlin, and the audacious painter, Pozo, have applied their uniquely colourist style to the walls among which, every night, a happening on a small scale is held exclusively for no more than 100 people where you can dance and have a good time until the next morning. The people in charge of it are the most conceptual DJs on the planet, purposely brought to Ibiza and always with the leitmotiv of staying as far away as possible from anything commercial. Along with a range of signature cocktails made with the very best liquors and premium brands, they ensure that every night becomes something unrepeatable.