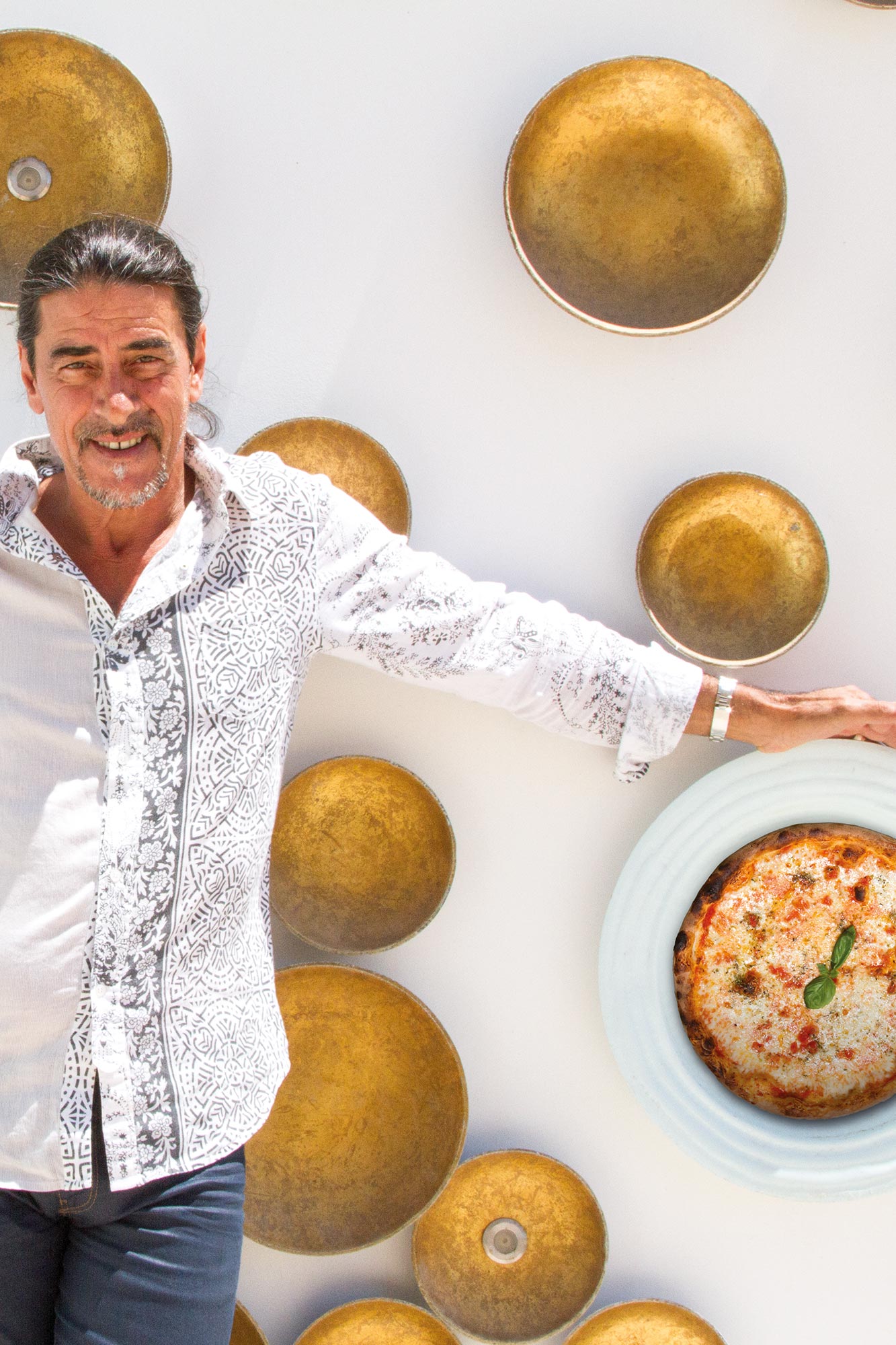 Sir Rocco´s journey, despite the fact the venue with this name only opened as recently as last year, goes back much further to the old Clodenis located in San Rafael, which was the moment when the current owner, Rocco Nuzzo, and his chef met each other. Since then, their story has taken them from one venue to another. Now however, they find themselves involved in their most revolutionary project.

Standing on the shores of playa d’en Bossa, Sir Rocco offers a wide range of cuisine that bears a Mediterranean stamp, an Italian signature and French essence. And that’s because neither of them can forget their maestro, Denise, nor her most famous dishes which they themselves have incorporated into their new menu such as lentil salad, oxtail stew or skirt steak with shallots.

Needless to say, they have also given it their own touch by adding the pizzas that according to them “are in high demand among the customers as first courses and to share”. The fact is that with their latest venture—which began in 2014—they already have a loyal clientele, even in wintertime since they are open year round.

Now, at the start of their second season, they admit that “it will be better than the first one because we have learned from our mistakes, we’ve got more experience and we are evolving”. That evolution can be seen in their menu, which changes at the start of the season to include cold dishes such as the gazpacho-like cold soup salmorejo, in summertime, and reducing the range in wintertime when there is less demand.

Nevertheless, there are some dishes that are available all year such as their highly popular homemade seafood linguine ‘in cartoccio’ (baked in tinfoil in the oven), or stuffed pasta including prawn ravioli and mushroom fagotinni. “These are the star dishes that we cannot take off the menu because the customers might get angry”, they joke. The thing is, just like with any business in the end, it is the customer who has the final word.

Naturally, in addition to the set menu they also offer dishes of the day which they change “so that people don’t get bored and can see the daily evolution and the creative work”. Like this, the range is wider and the diners always have new flavours.

They are also famous for their home-made limoncello which is made according to a traditional recipe based on lemon peel, water, sugar and alcohol. Available in various kinds: lemon, ginger, mandarin, mango and papaya, it is served very cold.