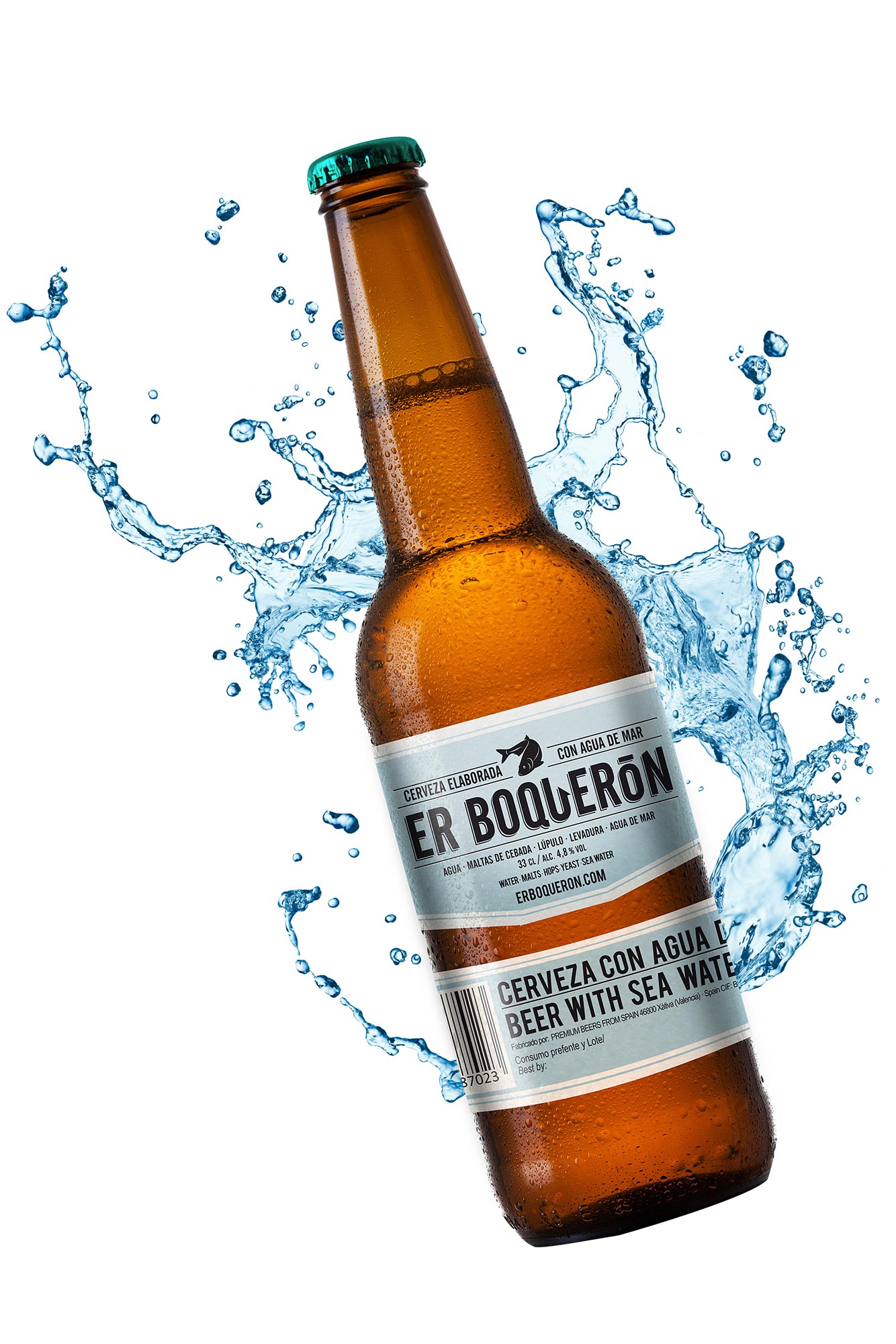 Something Different – A beer suggestion by Vino&Co

At our home the conversations are usually about food and wine (what else?!) and in my monthly column for IbizaStyle that´s not any different, with the exception of having to put my words on paper, which by itself isn´t that much of a big deal but quite the challenge when you type with only two fingers.

This time we’re giving it a little twist and we´ll talk about food and beer. Of course not just any beer, but Er Boqueron, an artisinal brew with as particular element: seawater.

A beer that has originated from the mind of Rafa Suñer (masterbrewer) and his friend Sergo Ibora. The beer pairs perfectly with the recipe of the previous page as the squid comes from the same water the beer is made with, namely the Mediterranean Sea.

Across the sea from Ibiza, in Valencia, lies the brewery that is responsible fort his little piece of art. Also they use mostly local products for the brewing process, just like the chef of El Portalon, who works his magic on organic produce behind the stove and creates an edible painting. Upon arriving at the restaurant, after the walk from the parking place in Ibiza town as you can´t park anywhere in town these days, I ordered a beer to quenchen my thirst. It tasted so good that I continued drinking during dinner too, something different than always wine… On top, the saline touch of the filtered seawater combines perfectly with the squid stuffed with sobrasada.

My table companion and my wife drank rosé, which was also a good combination apparently as the bottle was empty towards the end of this romantic night.

As a dessert, instead of a Hierbas con hielo, you guessed it, another beer.

It was a succesful night at El Portalon, but all good things come to an end too and we still have quite the walk to go, my wife stumbling down Dalt Vila on her just-a-bit-too-high heels  (or was it the wine?). I had to go from bar to bar, not to drink more but just to get rid of it. Lovely beers, but it shouldn’t make you pee that much.