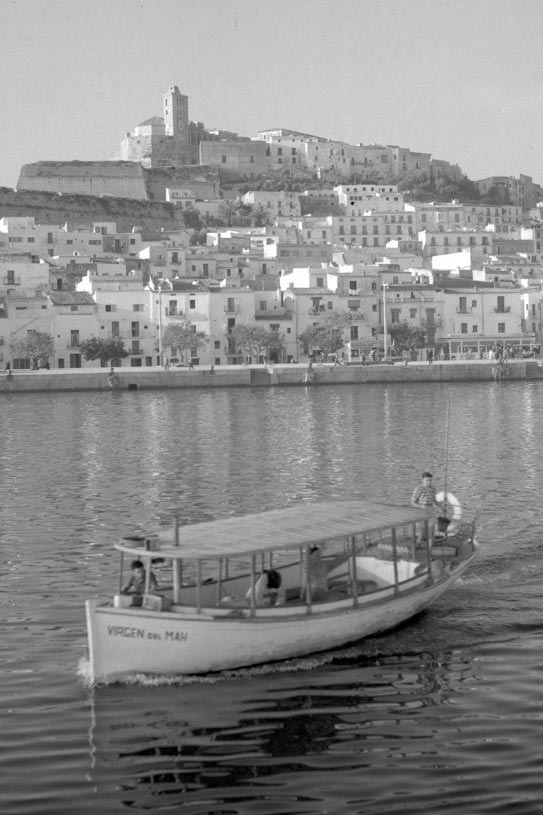 From Easter when the holiday season starts until the end of October, hordes of visitors and also quite few locals treat themselves to a trip around the harbour of Ibiza on board a Llaüt, a small boat traditional to the Island. These wonderful and affordable waterborne excursions operated by Aniano and Lourdes Costa Mariné are particularly spectacular as the sun sets and evening begins to fall. This brother-and-sister team are the heirs of the man who started up the regular ferry between the pier in the harbour and the Playa de Talamanca which in those days was a veritable mini-paradise. Benjamí Costa Bailach, a union activist of a socialist persuasion, founded the shipping line that is now run by his grandchildren back in 1932: however, the boats now only serve the shopping and hotel area of Es Botafoc.

Under the Franco regime, the ship owner was ‘rewarded’ for his allegiance to the Second Spanish Republic during the Civil War with a fourteen-year jail sentence, seven and a half years of which were spent in the cells of the Town Hall. These were hard times for him and his family. And yet, after surviving repression under the Fascists, ‘Laieta’ as he was known managed to get his business up and running again with the help of his children. At that time he also owned the ‘La Estrella’ café which still exists to this day. 1953 was a pioneering period with few visitors coming to the Island and plenty of wild ideas about the economic potential that the Pitiusas offered, even in those days.

As demand increased, the old Llaüt ‘Reina del Mar’, which also transported cement and building materials to Formentera, was replaced with two more modern and functional craft: the ‘Talamanca’ built in 1960 and the ‘Illa Plana’ built in 1967. Both of these are still in service and were joined by a new member of the fleet, the ‘El Corso’ built in 1988. The route plied by these boats today includes stops opposite the El Divino discotheque, the company’s most important client. “We adapt ourselves to the times,” explains Antonio, whose mini-fleet won the 2003 award for ‘Best Company in Ibiza and Formentera’. A tremendous honour for this legendary seafaring outfit.