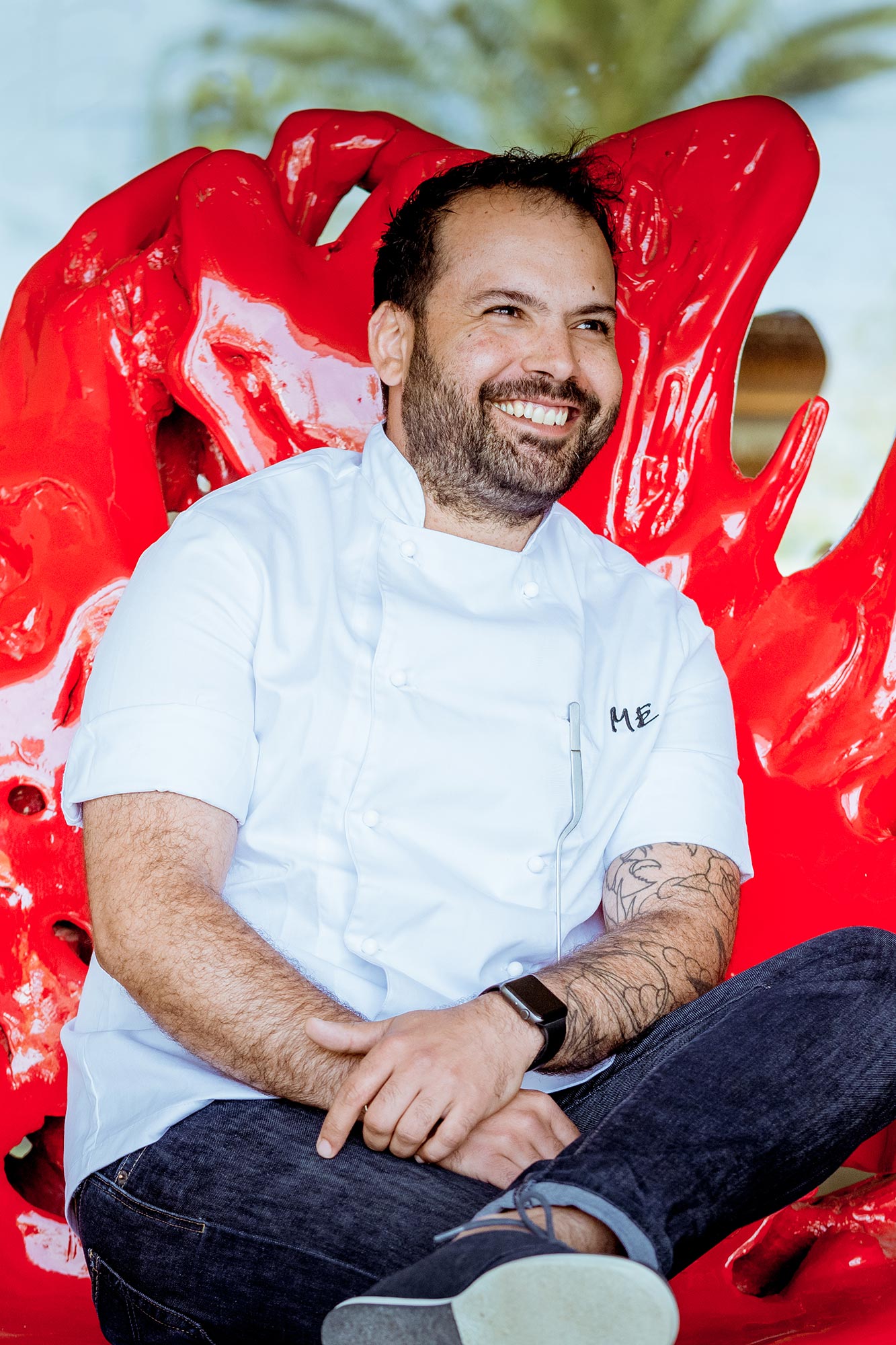 The Chefs Experience – Up close with the chef

After the successful “Mondays in Style” series of gastronomy events, which we held last summer together with the kitchen team of ME Ibiza in the unique rooftop restaurant, this year we are setting the bar a little higher. Together with the management of the hotel, we have created a new series of events: The Chefs Experience. It is going to take place every Thursday from May 18 until the end of September on the RADIO ME Ibiza Rooftop terrace.

Every Thursday, the guests of this culinary event have the unique opportunity to savour an exclusive menu from another of the kitchen’s chefs. In each case, a different guest chef is invited to cook together with ME Ibiza chef Juan Hely and his team. Every time, it will be a one-of-a-kind experience, mouthful by mouthful. That’s because not only will there be chefs from some of Ibiza’s top restaurants cooking, but some star chefs from outside are also going to turn up. And the best thing of all: in addition to the 50 seats in the restaurant, for this evening, we have exclusively set up the chef‘s table right next to the kitchen counter for anywhere from eight up to a maximum of 10 people. Here you will be served directly by the chef, who will explain each course to you personally. In addition, the appropriate wines and cocktails will be served. One further highlight: On some evenings, there will be dishes from an original Asian wok, prepared right in front of you. And for connoisseurs, a very special treat is going to be dishes from the Josper oven. Come prepared for a surprise.

You are also going to be surprised by the dishes of Juan Hely, ME Ibiza’s new head chef. A native of the Canary Islands with Venezuelan roots, this chef displays a gastronomic range at Me Ibiza that offers an original take on Spanish cuisine that reveals his traveller’s spirit.

Juan’s career stretches back 12 years during which he has worked at Otto, La Torre del Mirador and Molino Blanco (two of the best restaurants in Tenerife alongside the Basque chef, Íñigo Almenara), and in the Garibaldi restaurant (working under the Belgian chef, Philippe Denis) where he learned to master rice dishes. Over the last 10 years, this chef has been in charge of the kitchens of some of the company’s landmark hotels such as ME Madrid, Me Mallorca, Meliá White House, and now, Me Ibiza.

Precise, intense flavours and first-rate raw ingredients that have been well treated, along with an interesting fusion between traditional Spanish cooking with touches of South American and Asian touches: dishes such as creamy rice with black trumpet mushrooms and Galician Beef Carpaccio. Pork shoulder with sweet potato puree and tamarind gel; or tuna tartar and marinated watermelon with sake and soya.

His cuisine is an honest, well-conceived one that aims to evolve in seeking to strengthen the Mediterranean’s fresh flavours by respecting their origin, above all, respecting produce that has been chosen from among the best.