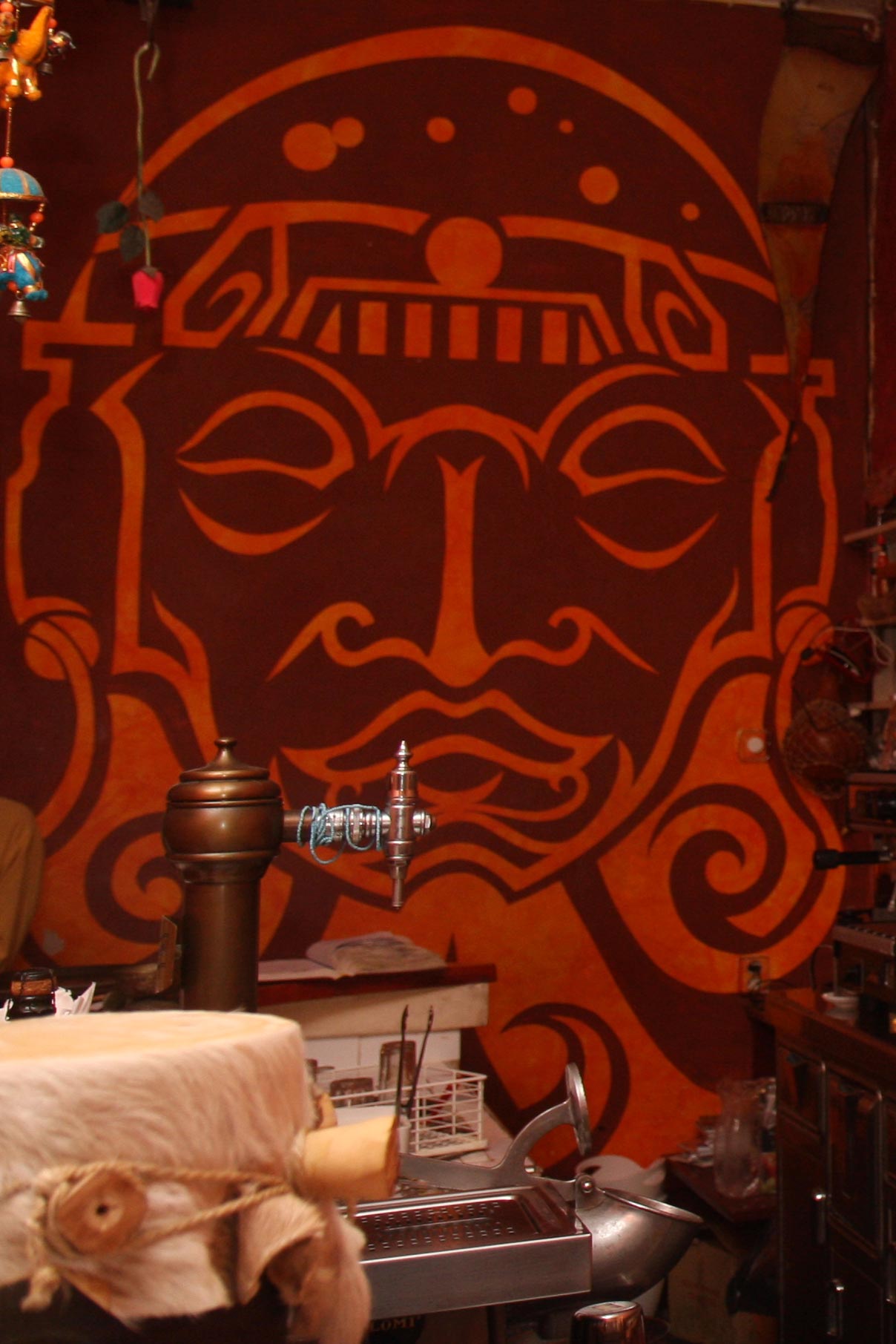 For me, this place is both my living room and where I meet friends,” says Robert, leaning on the counter with both hands and giving a couple a friendly smile as he asks them to take a seat at the bar until the next table becomes available. Robert has been running the ‘Ancient People’ Indian restaurant in Avenida España for the past three years.

He comes originally from the South American country of Suriname, and from 2001 to 2005 he ran the ‘Bali Beach’ on Platja d´en Bossa. Robert chose the name ‘Ancient People’ in honour of the Aztecs. After all, travellers to Ibiza and inhabitants of the island worship the sun in much the same way as the peoples of this Mesoamerican culture once did. “Before I moved to Ibiza, I lived in South Beach (Miami). I was fed up with seasonal work and finally decided on Ibiza, as it is relatively easy to set up your own business here,” explains Robert. “In Miami I was already working as a chef and I was friendly with the son of one of London’s celebrity chefs. I brought him to Ibiza with me so that he could teach me the most important tricks of the trade. Now I have taken on a Nepalese chef.” Together, he and Robert conjure up a variety of dishes from the tandoor (clay oven), biryanis (basmati rice dishes with meat or vegetables) and vegetarian dishes such as ‘Bombay Aloo’ (sautéed potatoes in a spicy sauce). The chill-out zone of the restaurant provides an excellent space in which to hold parties for larger groups or to celebrate birthdays, while the alcoves are perfect for romantic dinners for two. With a sweeping gesture he points to the booths, furnished with large floor cushions and low tables, and each with a canopied roof of flowing fabric in bright colours. “It is important to me that tourists as well as people who live on the island have somewhere to come in winter and enjoy good food in pleasant surroundings.”