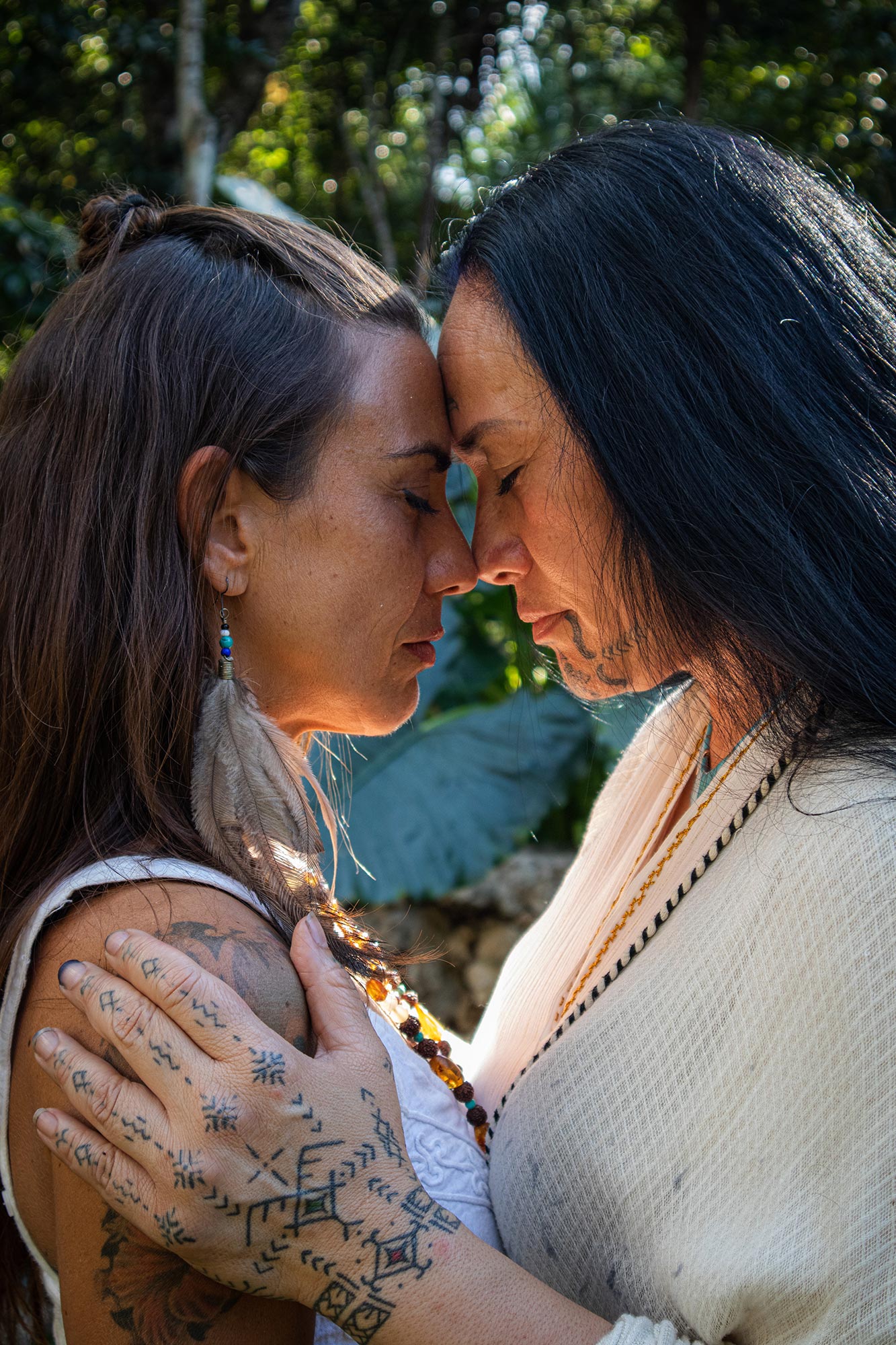 Aunty Ivy – Be Timeless with Me

Chosen to be trained in shamanic arts by the Polynesian tribes, Ivy’s took the path of working with youths, her patronage includes ethnic tribes and orphanages around the globe. She often finds herself speaking at the UN and as a guest in panels, taking a stand for the preservation of ancient wisdom.

Ivy is a unique visitor to the island, when asking her to recall her first visit and its purpose she didn’t respond with something expected. “I was called to Ibiza to share a message on her behalf,” – she began quite seriously, “It’s written here in my markings” – she says referring to her polynesian face tattoos. “These markings represent the universal law in our ancient language. People have forgotten what that means, to work in truth and integrity of your heart. It may sound simple, natural even to some but there is a formula and people have forgotten the divine mathematics from which they sprung.”

She begins to tell me her Ibiza story “Upon my arrival I was quickly invited to be a spiritual advisor in all sacred and ceremonial events across the island.” – Ivy remembers seeing how much effort, love and intention people of Ibiza put into deepening personal and collective connection with the divine. “I came here to remind you that you are only starting, that you have only begun to remember your connection with the ancient world and that there is still a lot of hard work to be done.”

“Hard work,” she says sharply, “another concept that is lost in the modern world: hard work is an accumulation of all work overtime.” – she remarks on how in the digital era everybody seems to be buying and selling shortcuts to this or that, “but the universal law states that there are no shortcuts to the divine, only long term consistency and daily focus will bring you to your destiny.”

Ivy tells me that it isn’t by accident that Ibiza is considered a uniquely powerful place. People often repeat the phrase “ Ibiza either loves you or spits you out” and it isn’t by choice that she does it. “It depends on what energy you bring to the island within you. You see, Ibiza holds the blueprint of the ancient world, this is exactly why many of us experience a slowing of time here, a certain time warp. If you can tune into the ancient energy that is Ibiza, you will experience unexplainable events. If you choose to dump all of your baggage here, I don’t think Ibiza will tolerate it.”

Speaking on behalf of the island, Ivy tells me that during the recent world pause, Ibiza had experienced a rejuvenation via the silence, as the people had a chance to re- evaluate their priorities. I asked her to simplify Ibiza’s message for me, which she did through words that can be felt:  “Come to be embraced by the ancient vibration of slowness, by the natural elements. Come and be timeless with me.”