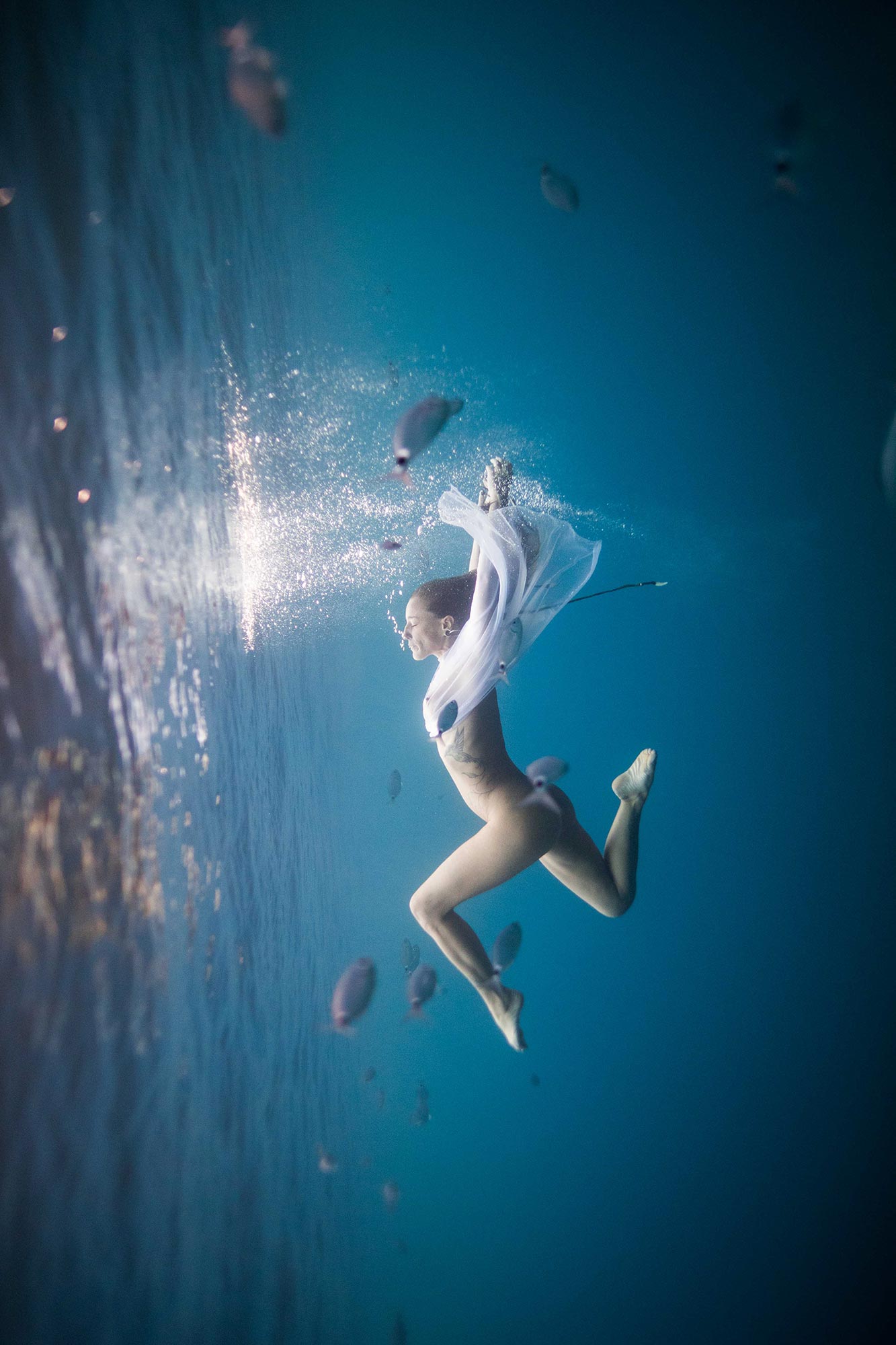 Ibiza’s healing waters – Tuning into water to cleanse, regenerate and reconnect with your soul

I’ve always been fascinated by Ibiza’s seas, from the day my dad coined the phrase, “The sea shimmered like melted gin bottles.” Whilst I herded hermit crabs into Cala Comte’s shallow sun warmed pools, his eyes were resting on the sparkling depths of blue beyond, sipping a beer from the chiringuitio that once served egg and chips, where Sunset Ashram now stands.

When I moved to Sant Miquel 30 years later and started training in Reiki, I opened the future front door on a view that swept me inside it’s healing enclaves. I got lost in those distant waters, immersed in the rippling hues; the deep blues, watery greens, bright jades, pinks and lilac waves with dazzling diamond crests, always rolling my way, soothing my nervous system and lulling me into a trance like state of relaxation.

Portixol takes my breath away, transfixed by light playing on the lagoon like bay; golden sun-drenched ripples on a vast sparkling pool of loveliness. Shamanic initiations and my love of Tarot saw me working with all the elements there and reading Nature’s signs, while sea gazing became a daily practise; gratefully breathing in liquid light, inviting the water to roll right through me, cleansing, clearing and purifying my energy field.

If you want to go deeper, a blissful yet life changing water therapy from my favourite aquatic bodywork therapists Noam Feinberg or Roger White sees you fully supported emotionally and physically in a safe and watery womb like pool, passing in and out of sunshine. 35 degree water provides the sensation of not being quite aware where the body begins and water ends, meaning complete relaxation and a sense of being held that words cannot describe. This private, bespoke experience has a different energy to Aguahara sea based sessions.

Noam and Roger are also doulas and work with pregnant women, couples, conditions like fibromalgia, back problems and healing deep trauma. “Having the right intention is most important, because if you don’t trust the therapist, you won’t get the experience,” says Roger, whose beautiful energy allows women who’ve been abused to feel safe in his hands. 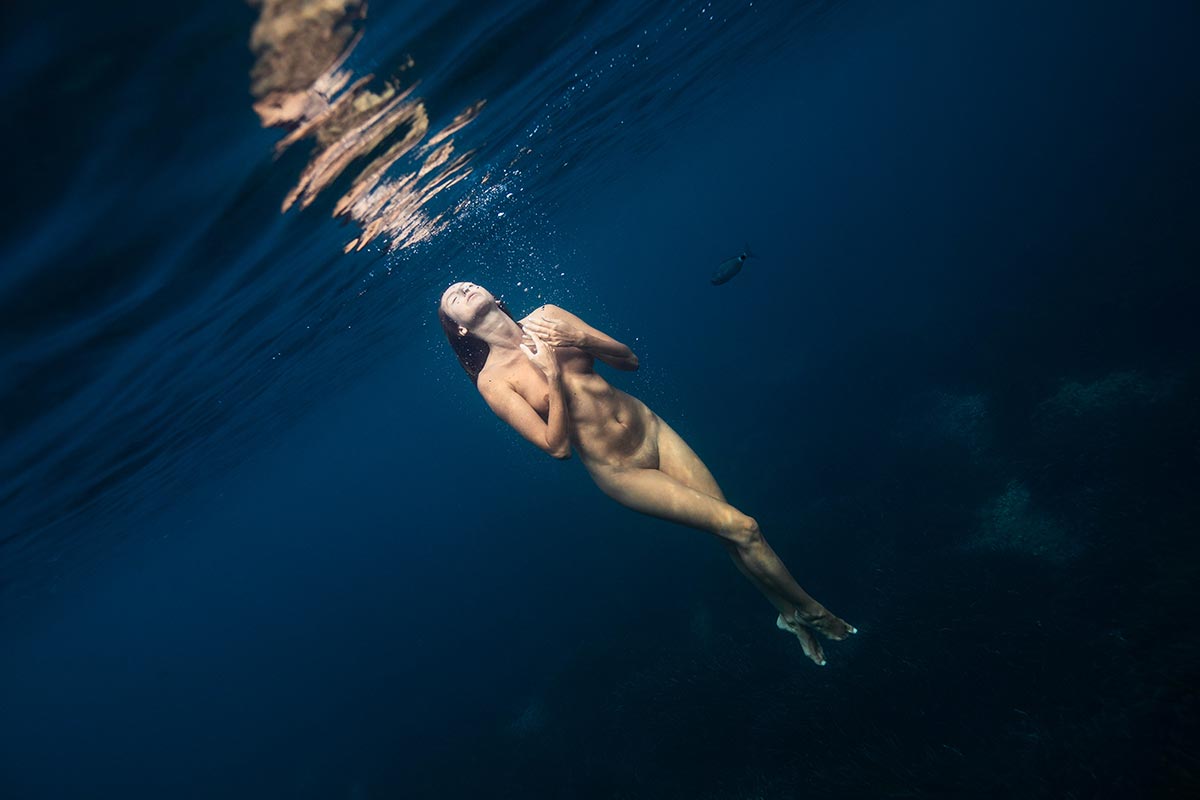 Noam’s love of water led her to professional swimming, while Roger trained in water Shiatsu after switching from interior design to deep tissue Ayurvedic massage. He created the first custom built therapy pool in Goa, founded a Watsu association in Ibiza and did 40 plus courses himself, despite saying Noam is the better therapist!

Watsu began in America some 45 years ago, originally dealing with more physical issues on the water’s surface, but Noam and Roger’s therapies evolved alongside Germany’s Water Dance and can also take you under water with a nose clip. Each session is based on client requirements, and as memories and emotions can arise, unlike a short spa session, the emphasis is on allowing that unique experience and supporting you through it.

It was water that first prompted the voice of my soul to bubble forth, with pearls of wisdom and support from a higher perspective, as the regenerative, cleansing, feminine energy of water is also one of intuition, healing & spirituality. It helps you connect to higher realms of consciousness, to your higher self or soul, or whatever you call that aspect of you that knows what’s best, sharing intuitive hunches and calling you along your evolutionary path.

Connecting with water is so helpful to release old patterns, beliefs and traumas, washing away old energy stopping you step into the new. The Tarot’s Star card generally depicts a maiden in a pool under a starry sky and represents peace, serenity and compassion, inviting you to focus on the calm after the storm of these chaotic global times, rather than the chaos, as the new Earth rises in the ashes of the old.

Recently I discovered the magical iridescent energy of light on water is called Salacia, from the dwarf planet discovered in 2004 in the Kuiper Belt. In Roman myth Salacia is Neptune’s sea-nymph consort, the mermaid goddess of the oceans. The astrologist Pam Gregory quotes Kelly Hunter’s research on the energies these planets bring; regenerative, creative and quantum in nature, showing us how to build the New Earth. Not by 3 dimensional pushing and planning, but by following your intuition, focusing on a clear intention, taking action as guided and utterly trusting. The current positioning of these planets signals that we’re now ready for this new level of consciousness.

So whether you mentally dive into Ibiza’s healing waters for a spiritual experience, take an actual cleansing swim in her aquamarine depths or relax and release during a sublime water therapy, I invite you to dive right in and focus on envisaging the person you want to be in the world you want to live in.