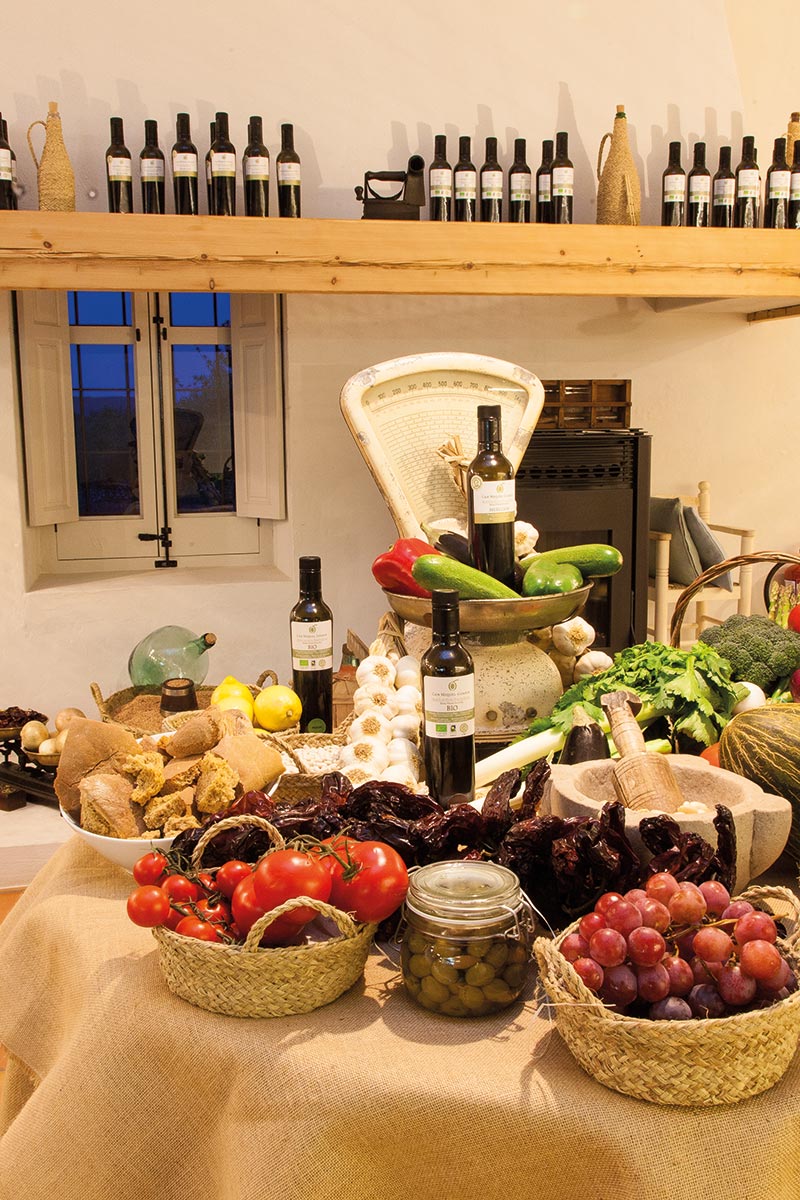 Please wrap this bottle of oil for me, it’s for a present…”. Ever since the springtime, the suitcases belonging to many of the tourists who visit us travel back home carrying a new souvenir from Ibiza: olive oil made on the island. Ses Escoles Oleoteca, in the borough of Santa Eulària, turns everyday oil into a gourmet product to be sampled, savoured, and enjoyed in all its subtleties. Miquel Guasch, the owner of the oil press that bears his name in which Virgen Extra olive oil is produced, launched this concept along with another Miguel, the chef Miguel Llabrés, so that they could pay homage to one of the leading products of the famous Mediterranean diet, one that has so many clear benefits; anti-oxidant, prevents cardiovascular diseases, increases longevity and…tastes amazing. After almost a decade devoting his oil press to the manufacture of olive oil, Guasch thought that the moment had arrived to broaden his horizons “and offer something new in Ibiza. Here you can sample our different varieties of oil, learn a little more about how it’s made and, what’s more, in the restaurant eat exquisite dishes in which olive oil is the star ingredient”. 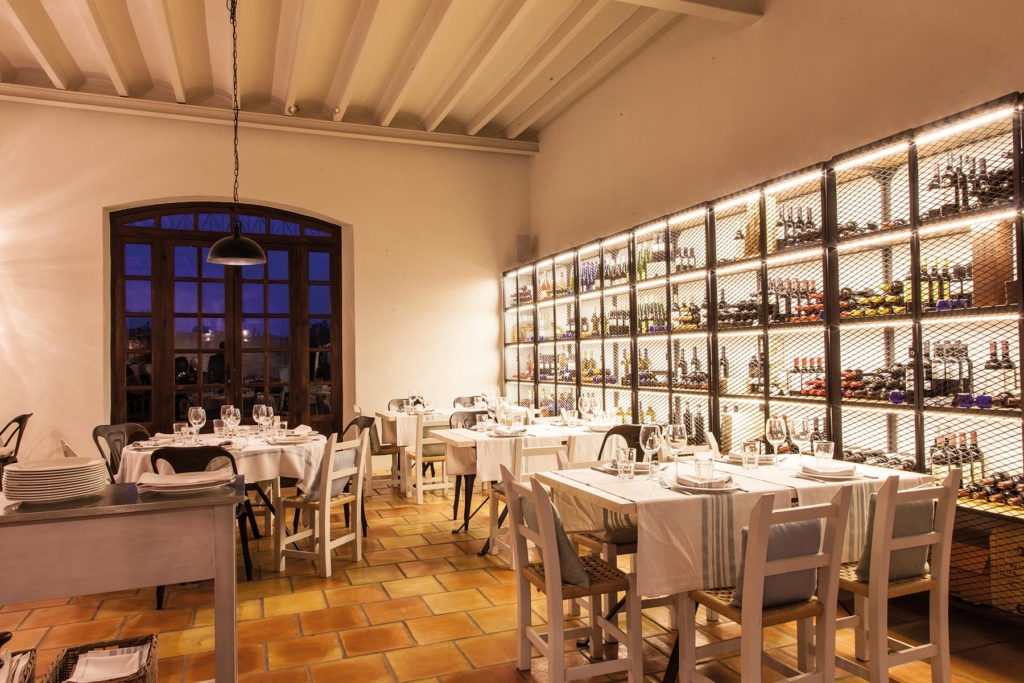 For the chef, Miquel Llabrés, “the menu is based on typical Ibicencan cuisine but we bring a fresh approach to it, we change it and give it a personal touch. In gastronomic terms, we wanted to create something new for the island, where it’s so difficult to find a wide range in the low season. You can find anything in the middle of the summer but when winter comes, it’s difficult to come across places that offer anything new or original. Ses Escoles is a charming spot that has been set up to be a meeting place where you can eat lunch or dinner in contact with traditional flavours to which we give a new touch”. The most important thing in his cooking, according to Llabrés, is having respect for the product; ensuring that the diner is aware of each and every one of the flavours that are involved in the dish; “ an essentially local, seasonal product that is treated with lots of care and in which olive oil is one of the star components”. And the truth is its presence can be noted all the way to the desserts: “the Crème Brûlée carries a touch of oil made with the arbequina variety of olive, in the brownies part of the butter is replaced with oil from the picual olive that’s a bit more bitter and that goes very well with the chocolate. Even the sponge has a little oil when we beat it”. The interesting cocas, updated versions of the more traditional ones, attract attention; some of them with trampó, others with carefully made confections of aubergine or onion, others made of sobrasada with honey and mozzarella; farmer’s style salads with a new air, the carefully chosen meats, the vegetable grill and the platters of cheeses and cold cuts are the mainsprings of a menu that was prepared so that olive oil flows through it as a unifying element: “Rosemary and basil oils are present in all of the dishes…they lend a very special, suggestive touch to them”, Llabrés adds.

“Nowadays, people want to know more about olive oil, it’s a product that’s becoming more and more admired”, Guasch points out, “it’s still largely unknown and that’s why having the opportunity to sample it and hear about its characteristics and properties is a project that holds interest for people”. The oil press at Can Miquel Guasch produces about 4.500 litres of olive oil each year ranging from the lightest variety, arbequina, the strongest one, picual, which is a bit spicy when you swallow it to the most traditional one on the islands, empeltre, typical of the oldest olives in Ibiza. “Through the Oli d’E organisation, we have been regulating the production of oil in the islands for years. The producers like to take good care of their fields and making oil but there’s isn’t much of a margin for profits. It’s a highly expensive and time-consuming activity going from harvesting to pressing and bottling…you practically do it for love of the art…”, he’s sorry to say. In the meantime, within the unmatchable setting of Ses Escoles, an old house that’s been refurbished as an oil cellar and restaurant, full of charm and tradition, some tourists, unaware of how expensive it is to bottle olive oil, sample it and decide to include it in their list of holiday “souvenirs”: it could be that the next salad in Scotland has a 100% Mediterranean flavour.