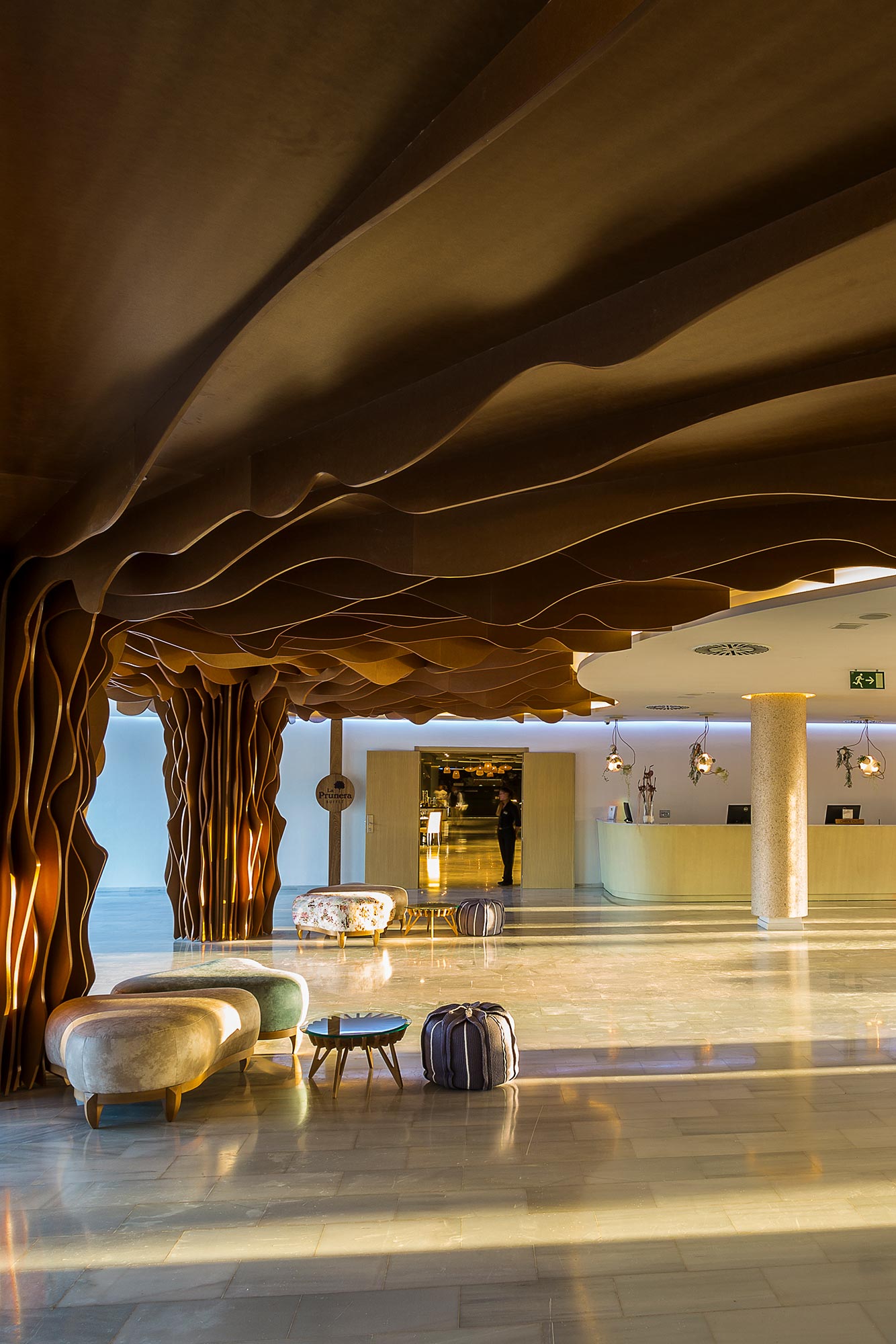 In Ibiza you can find all kinds of hotels to suit all tastes, but not all of them can satisfy the high quality that having five stars implies: something that only very few of them can claim. Among them, there are two exclusive hotels that belong to the Palladium Hotel Group. The firs of them opened in 2007 while the second, the Grand Palladium White Island Resort & Spa, opened its doors last year.

Despite the fact that it only opened in 2014, it is already making preparations for a highly promising second season because, amongst other things, this hotel belongs to the Grupo de Empresas Matutes, which possesses—in Playa d’en Bossa close to las Salinas—one of the most desirable locations on the entire island, not to mention the spot with the highest concentration of tourism. It features a range of services that can be adapted to suit all comers, from the visitor in search of nightlife to the person looking to relax and get away from it all.

For this reason, it has 430 rooms including doubles, deluxe rooms and suites and the capacity to accommodate 500 people. It offers a multitude of services that confirm its excellent price-quality ratio, ranging from various tennis courts and modern gymnasiums to six meeting rooms that can be adapted for business or social events, including weddings. What is more, there are hairdressing salons and beauty centres in addition to swimming pools, gardens and terraces.

Its ultramodern facilities are so well-equipped that they allow the spa of the Grand Palladium White Island to be considered one of the best wellness centres on what is known colloquially as “the white island”. Its expert team guarantees guests a relaxing and soothing session, using natural techniques designed to keep body, mind and soul in tip-top condition.

This complete experience is rounded off by its extensive culinary offer that includes both local and international ingredients. Its ideally located position enables it to make the best of both marine and land-based foodstuffs so that its seafood dishes are equally delicious as its meat ones. But, more than anything, they are fresh products served by its five restaurants, Island, La Sal, Portofino, Il Palazzo and La Doña, where customers can soak in the surroundings and savour buffets and the first class à la carte menu.

Sophistication and exclusivity where you can relax, recharge your batteries and enjoy the extensive range of activities that are on offer in high season on this, the white island.